Written by Baird Maritime on September 27, 2019. Posted in Boxship World. 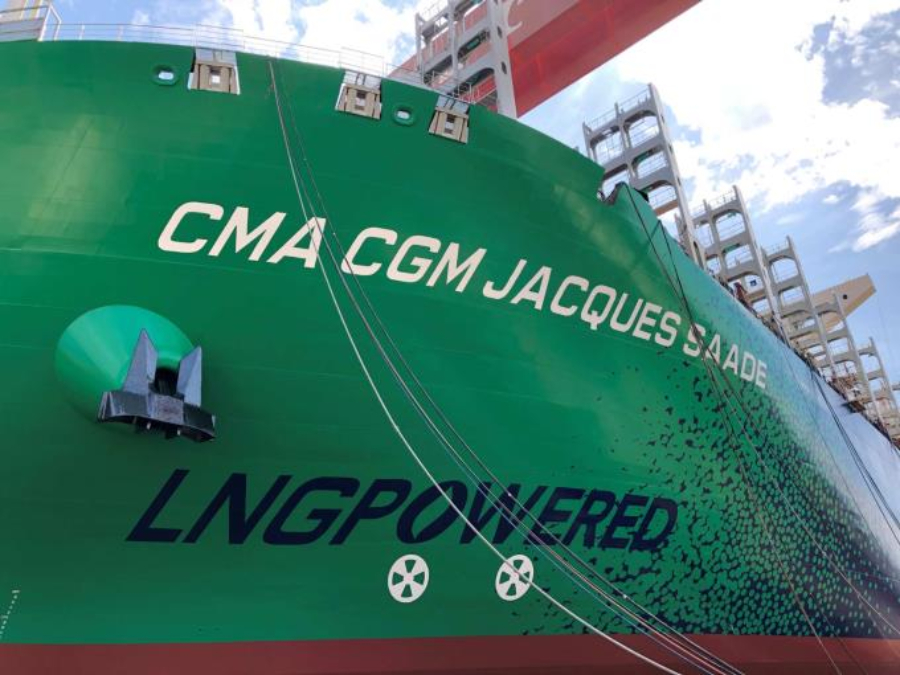 Ordered by CMA CGM Group, CMA CGM Jacques Saade is named in honour of company founder Jacques Saade. It has a length of 400 metres, a beam of 61 metres, and capacity for 23,000 TEUs, making it the largest containership in the world to be powered by LNG.

Delivery is scheduled for 2020, after which the vessel will sail on CMA CGM’s Asia-Northern Europe routes.