Written by Baird Maritime on August 28, 2017. Posted in Boxship World. 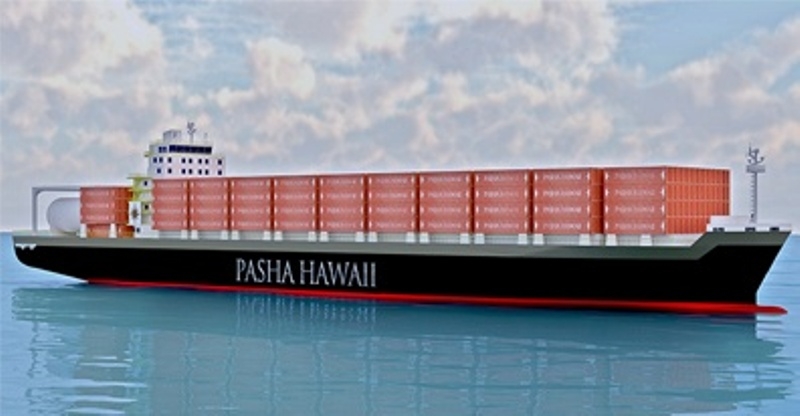 Honolulu-based Pasha Hawaii has announced that two more ships will be joining its fleet, which provides service to the Hawaii/US mainland trade lane. The two new LNG-fuelled container ships will be built at Keppel AmFELS, a subsidiary of Keppel Offshore and Marine.

Construction for the two vessels will begin immediately, with delivery of the first vessel expected in Q1 2020, and the second vessel in Q3 2020.

According to Keppel AmFELS, the ships’ hulls have been fully optimised using computational fluid dynamics (CFD) to be one of the most hydrodynamically efficient hulls in the world.

The new vessels will operate fully on LNG from day one in service, reducing environmental impact and increasing fuel efficiency. Energy savings will also be achieved with an advanced engine and an underwater propulsion system with a high-efficiency rudder and propeller.