ONE takes delivery of 14,000TEU newbuild from JMU

Written by Baird Maritime on July 15, 2019. Posted in Boxship World. 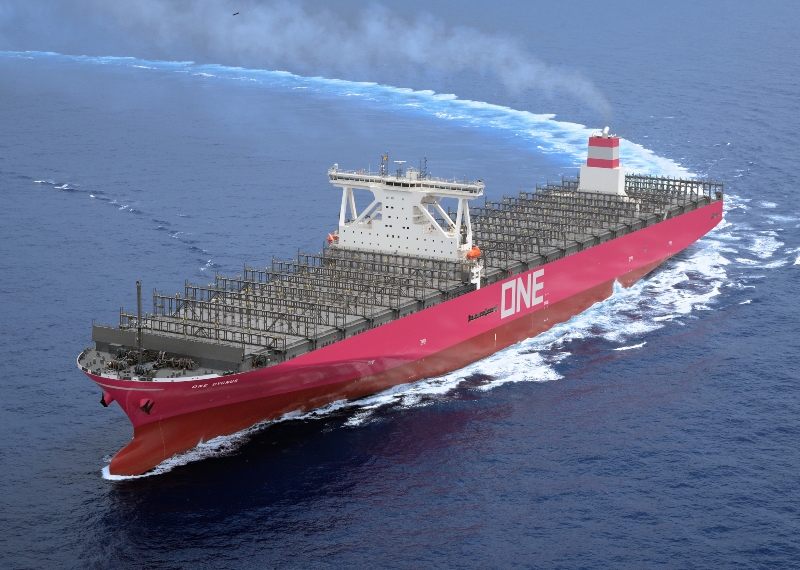 Ocean Network Express (ONE) has taken delivery of a 14,000TEU containership from Japan Marine United (JMU).

Named One Cygnus, the vessel has capacity for 18 by 11 containers in the hold and 20 by nine on the deck.

One DU-WinGD W9X82 diesel engine gives One Cygnus a navigation speed of 22.5 knots.