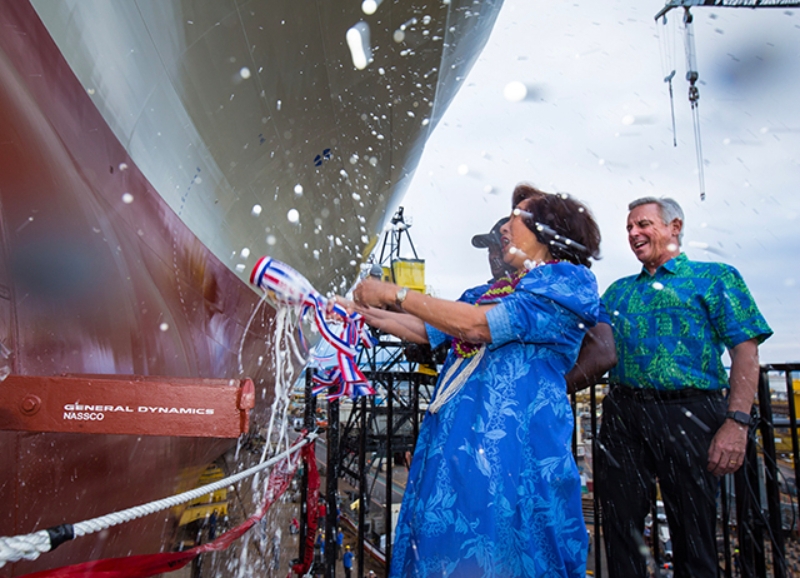 Matson held a naming ceremony for the first unit of a planned two Kanaloa-class Con-Ro vessels at the General Dynamics NASSCO shipyard in San Diego on Saturday, June 15.

The vessel will have a speed of 23 knots and an enclosed garage with room for approximately 500 vehicles plus space for rolling stock and breakbulk cargo.