Written by Baird Maritime on September 26, 2018. Posted in Boxship World. 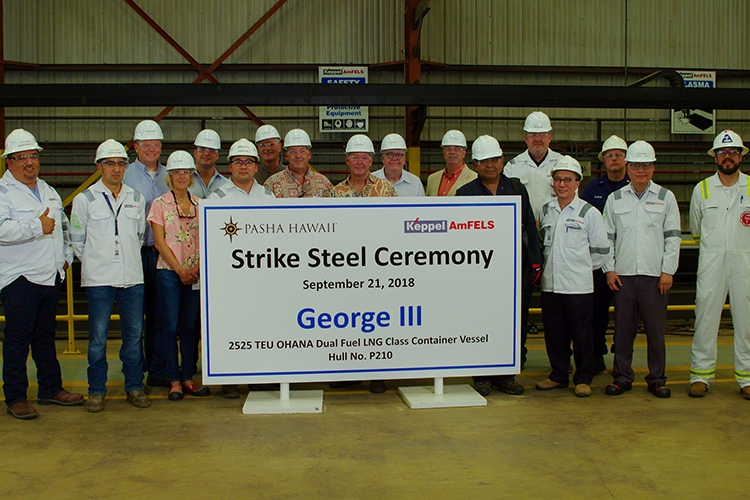 Keppel Offshore and Marine subsidiary Keppel AmFELS held a ceremony for the cutting of steel plates for the containership George III on Tuesday, September 25.

Delivery of the vessels is expected in 2020.