Written by Baird Maritime on April 21, 2019. Posted in Boxship World. 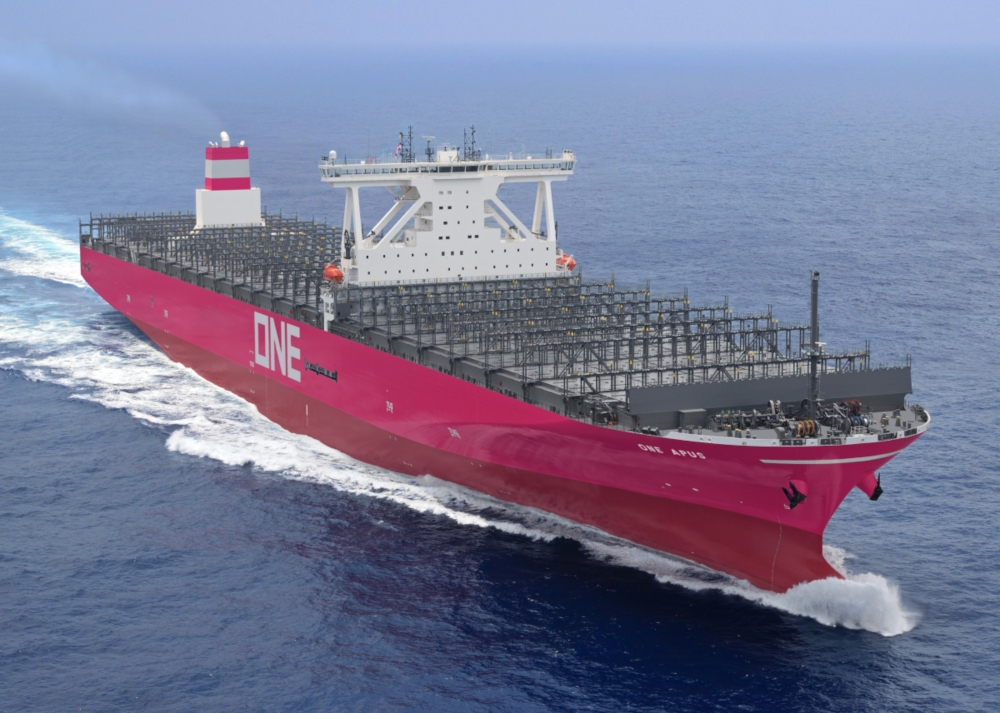 Named One Apus, the ship can carry 18 by 11 containers in the hold and another 20 by nine containers on the deck.