Written by Baird Maritime on November 19, 2018. Posted in Boxship World. 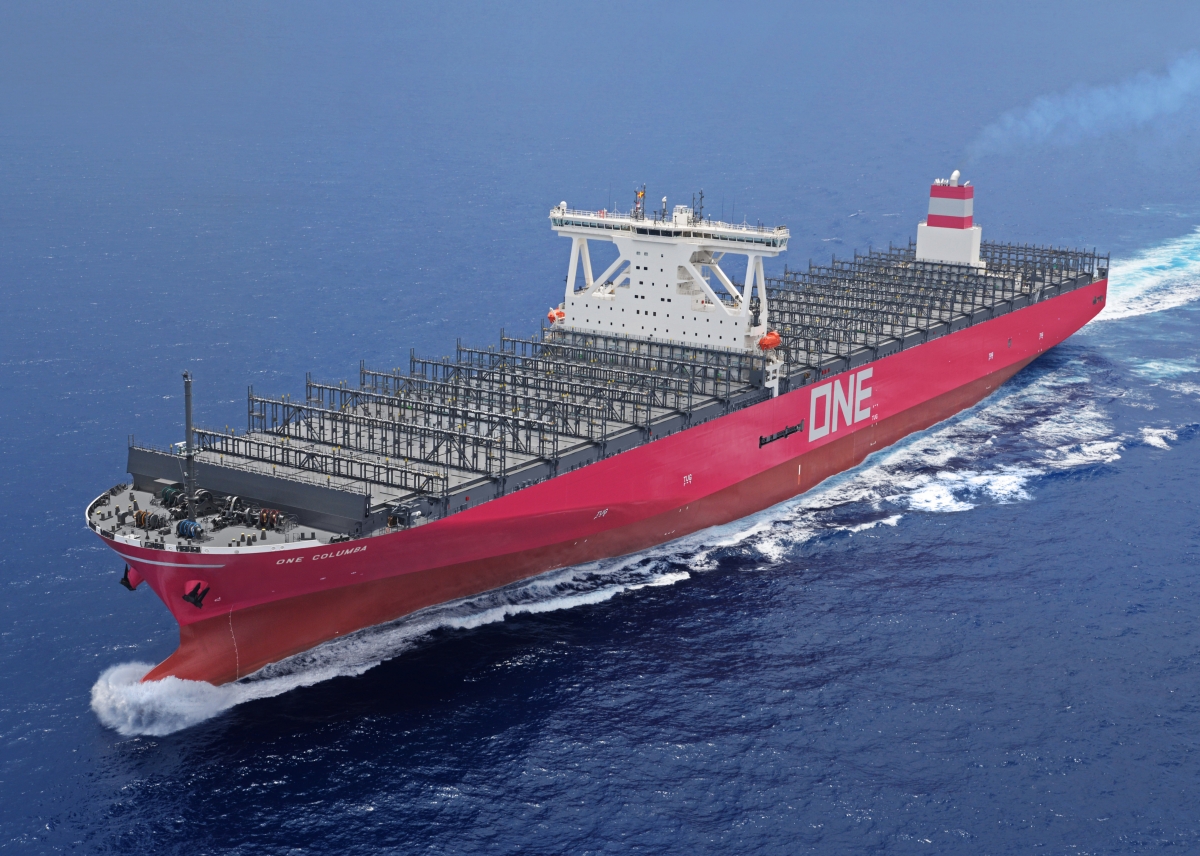 Named One Columba, the 138,611DWT vessel can load containers in 18 rows by 11 columns in the hold plus 20 rows by nine columns on the deck.

Energy-saving features include an electronically controlled engine that ensures fuel economy at all sailing speeds.