Written by Baird Maritime on March 8, 2021. Posted in Boxship World. 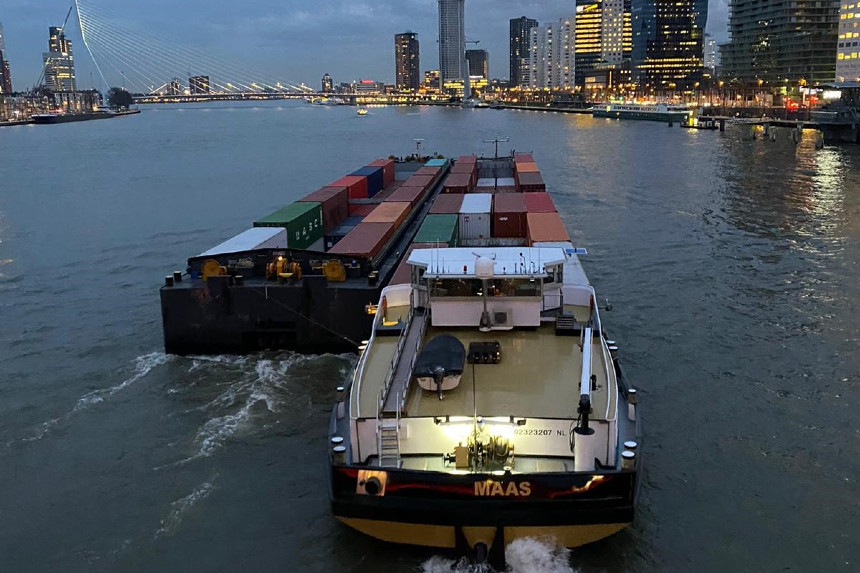 Netherlands-based marine transport company Future Proof Shipping (FPS) has entered into an agreement with Holland Shipyards Group (HSG) for the installation of a zero-emission hydrogen propulsion system on one of the former’s inland container vessels.

The main engine and gearbox on the 110-metre container vessel Maas will be replaced by a new modular propulsion system that will consist of electric motors, hydrogen tanks, a PEM fuel cell system (necessary for converting hydrogen into electricity), and a battery system. The compressed hydrogen tanks, the fuel cells, and the battery system will be built as separate units that can be removed for maintenance or replacement purposes.

The fuel cell system will be triple redundant with 825 kW capacity (to supply propulsion and auxiliary power) and a 504kWh lithium-ion battery pack for peak shaving, secondary, and bridging power. The system will contain a 750V DC bus bar and an e-motor for propulsion.

The retrofitting will commence in HSG’s Hardinxveld facilities in the third quarter of 2021.

Maas is expected to be sailing 100 per cent on hydrogen power by December of this year. Once back in service, it will operate between Rotterdam and Antwerp and is expected to reduce greenhouse gas emissions by 2,000 CO2e tonnes annually.