Written by Baird Maritime on March 2, 2021. Posted in Boxship World. 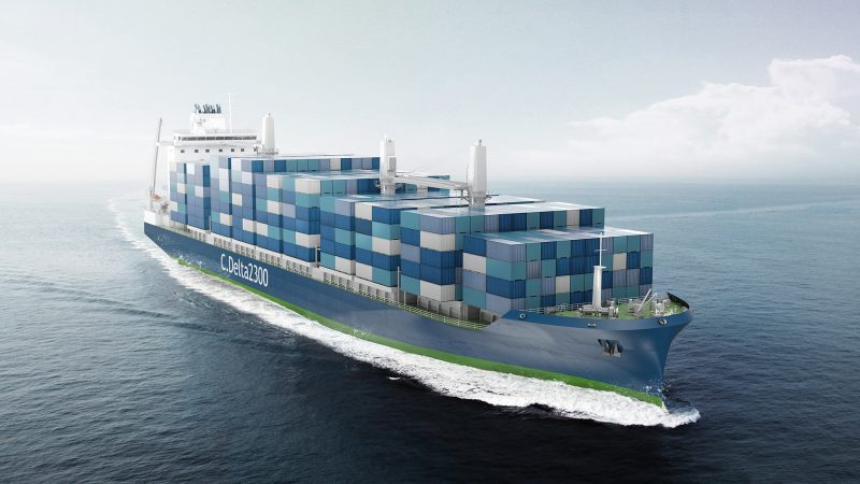 Finland’s Deltamarin has unveiled the first images of a new design of LNG-powered container feeder vessel.

The 179- by 31-metre Kielmax design will have capacity for 2,100 TEUs and ice class 1A notation for unlimited Baltic Sea operations. Containers will be placed in four holds and on the deck.

The vessel will also have 450 reefer plugs.

Deltamarin said the increased cargo hold beam will improve stability in fully laden condition. This will result in an increased utilisation rate of about 75 per cent of nominal container intake in the homogeneous loading condition at a scantling draught of 10 metres carrying 14-tonne TEU containers.

Intake can also be optimised to a specific cargo profile and even further improved by considering route-specific loading.

Power will be provided by one MAN 6G60ME-C10.5 IMO Tier III-compliant engine or an equivalent.

Optional features of the vessel series will include higher LNG capacity; methanol, ammonia, or hydrogen as fuel; a flexible number of reefer plugs; shaft generator PTO/PTI; and several ice classes.