FEATURE | US container imports break records but uncertainty lies ahead

Written by Baird Maritime on January 15, 2019. Posted in Boxship World. 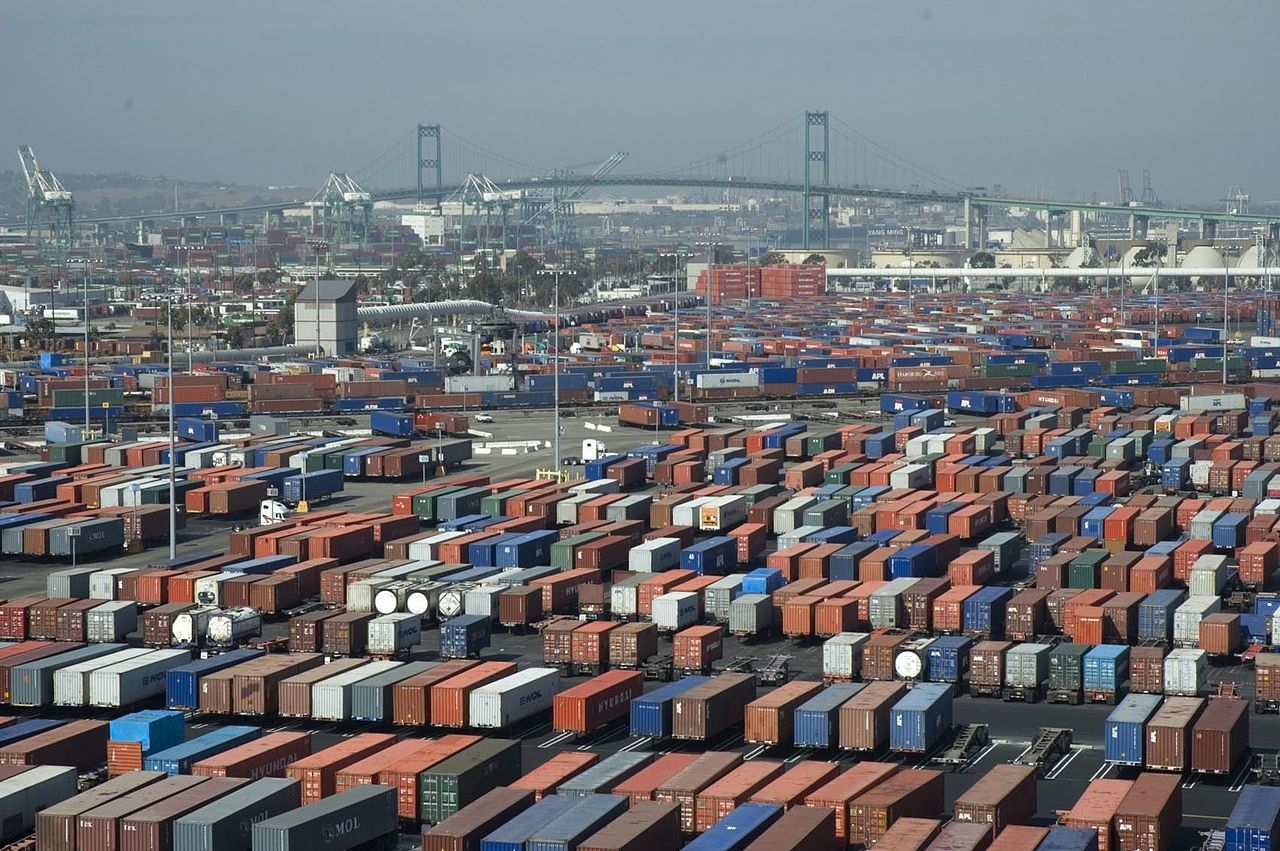 Container imports on both the US East Coast (USEC) and West Coast (USWC) had a strong year in 2018, growing 3.7 per cent and 8 per cent respectively in the first 11 months of the year compared to the same period in 2017. Record high levels of inbound laden containers were experienced on both coasts in October with the USWC at 1.09 million TEU and the USEC at 0.91 million TEU according to data from BIMCO.

As well as total record highs of imports of laden containers on both coasts in the month of October, several individual ports also achieved never before seen volumes. On the USEC these ports were New York New Jersey (339,602 TEU), Savannah (205,836 TEU), Virginia (125,404 TEU) and Charleston (98,947 TEU). The Port of Los Angeles was the only West Coast port to set a new record (485,823 TEU).

Prior to the new record set in October, two other months in 2018 raised the previous records of laden container imports on both coasts. These months were July and September on the West Coast and July and August on the East Coast.

“The record high levels in October can be explained by several factors, including improving port infrastructure and connections. Frontloading ahead of the then expected increase in tariffs on Chinese goods from January 1, 2019 has also been an important development,” said Peter Sand, BIMCO’s Chief Shipping Analyst.

“However, with container imports down in November on both coasts, the effects of full inventories and the result of the ongoing negotiations between China and the US will heavily influence what 2019 will have in store for container ports in the US.” 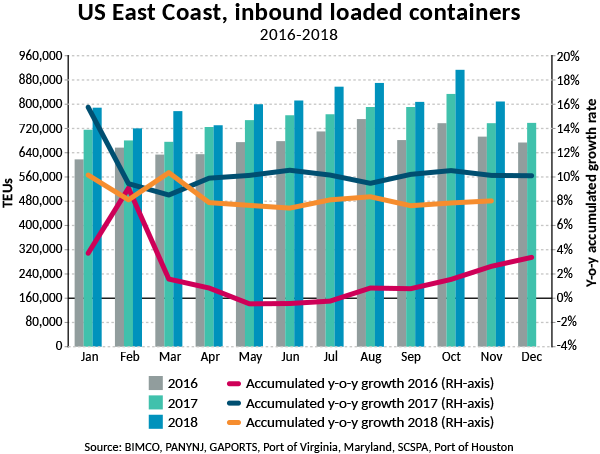 The trade war’s impact is beginning to show its colours

With many stocks full and uncertainty regarding the outcome of ongoing trade talks between China and the US, it seems doubtful that the levels of frontloading seen at the end of 2018 will continue into 2019. Especially the unknown as to whether or not tariffs will be increased in March, which would happen if the negotiations fail, is a cause for concern for all companies affected, including the container shipping industry.

Currently 27.49 million tonnes of US containerised imports are affected by the tariffs which represents 14.2 per cent of total US container imports or 24.7 per cent of those imported on the West Coast based on data for the full year of 2017 and BIMCO’s own estimates. 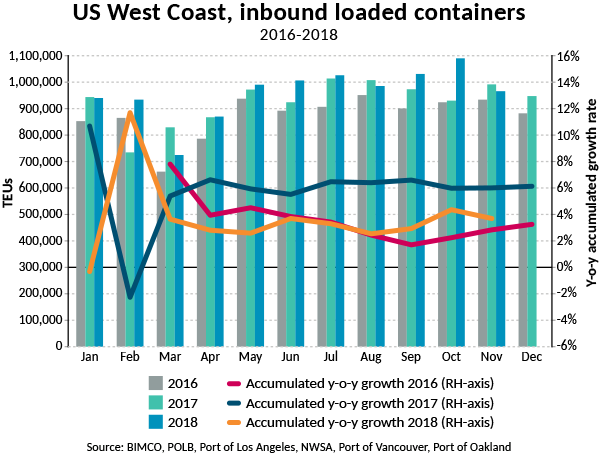 Any future fall in container imports by the US and in particular the US West Coast, which is where most of the tariffed goods from China are discharged, will be particularly harmful for the container shipping industry. This is because the volume of containers will be reduced on the fronthaul leg of the transpacific trade lane. The fronthaul volumes are the capacity setters as they are much higher than those on the backhaul leg. Any lowering of volumes on the trade lane from the Far East to the US will reduce the shipping capacity needed.

“A decrease in fronthaul volumes would result in excess capacity leading to lower utilisation which would in turn reduce freight rates and earnings on the transpacific network,” added Peter Sand.