FEATURE | Lessors strengthen their grip on the container equipment market

Written by Baird Maritime on May 1, 2018. Posted in Boxship World. 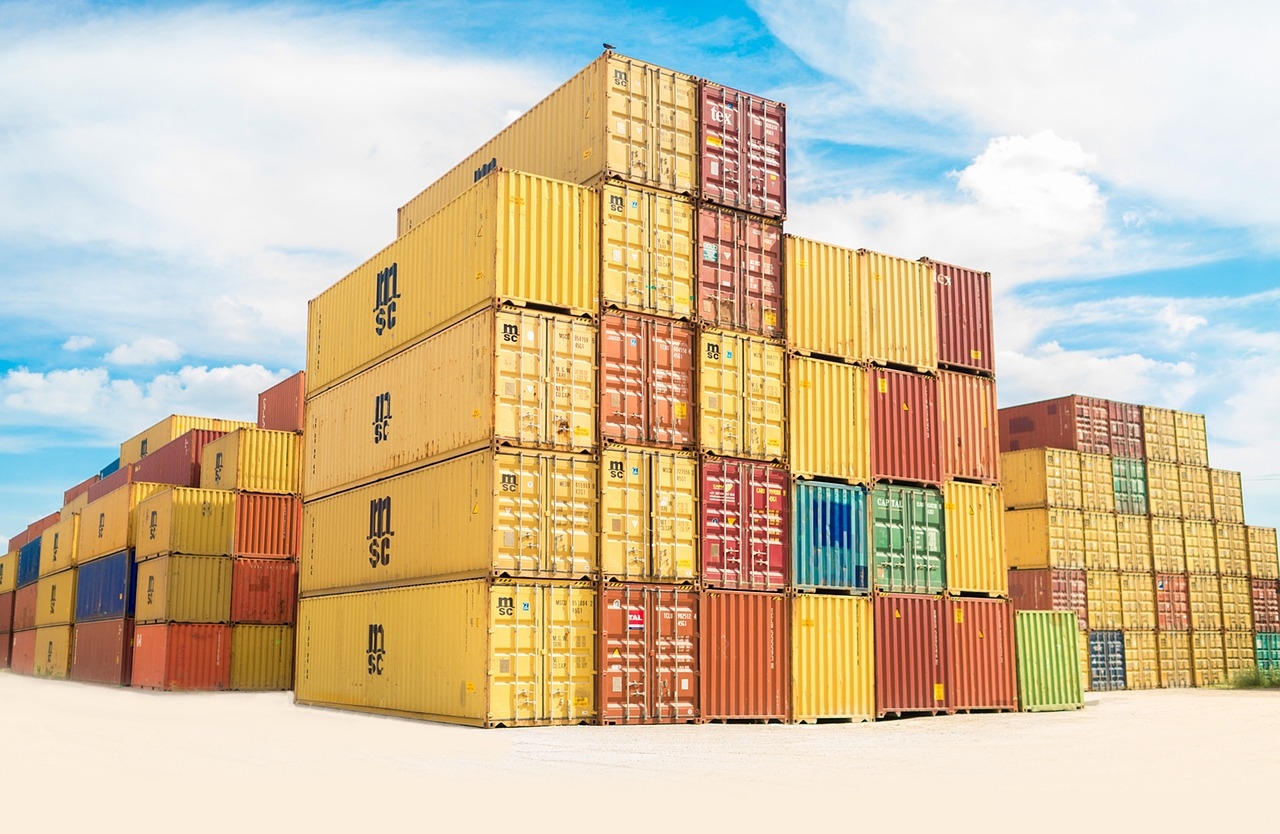 The move towards container leasing and away from carrier ownership continues unabated and the leased fleet now has a clear majority over that owned by transport operators, according to Drewry.

Leasing companies accounted for 55 per cent of container purchases in 2017, which continues the trend seen for most of this decade. With the fleet of containers owned by transport operators growing by a mere 2.4 per cent, the leased fleet added 6.7 per cent and the share owned by lessors is now nearing 52 per cent. 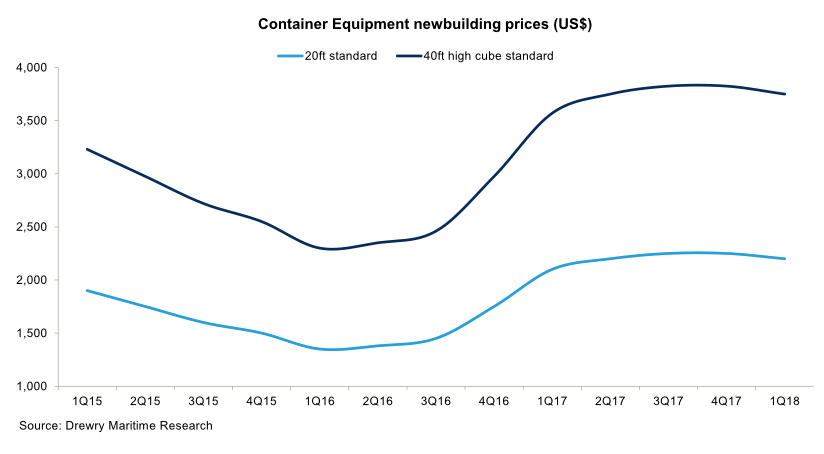 “Drewry expects this trend to continue over the next few years,” said Drewry’s director of research products Martin Dixon. “We estimate that the leased share of the fleet will reach 54 per cent by 2020.”

Container manufacturing staged a 55 per cent rebound in 2017, with dry van building more than recovering from the 2016 slump as buyers responded to the rebound in the liner industry. CIMC consolidated its position by building 88 per cent more boxes last year, while smaller builders such as Dong Fang (143 per cent) and Maersk Container (118 per cent) made even bigger inroads. And yet, despite the influx of new boxes, the average age of the fleet remained above 6.5 years for the second year running.

Newbuild prices have been relatively stable – see above chart. They recovered quickly as demand returned last year and have been largely stable ever since. Some of the price increase was attributable to rising steel prices. Steel has been at the heart of the trade dispute between the US and China, so any escalation could push prices higher.

“Geopolitical issues notwithstanding, we do not expect any significant change in newbuild prices over the next couple of years,” added Dixon. “However, prices of used containers have been rising steadily, although their future trajectory is harder to predict.”