Written by Baird Maritime on August 9, 2019. Posted in Boxship World. 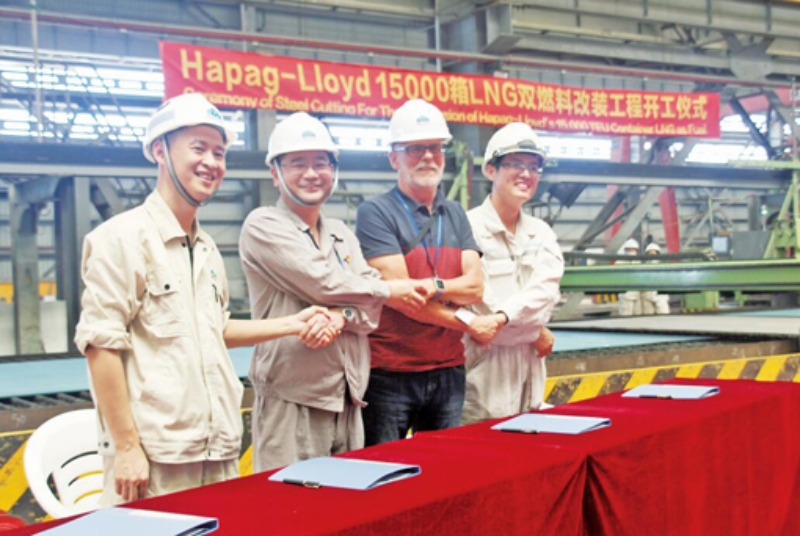 Sajir, a 2014-built 15,000TEU vessel, will have its heavy fuel oil (HFO) burning engine converted into a dual-fuel engine that will run primarily on LNG with low-sulphur fuel oil (LSFO) as backup.

Sixteen other Hapag-Lloyd vessels will undergo similar retrofitting in China under a contract originally signed in January of this year.