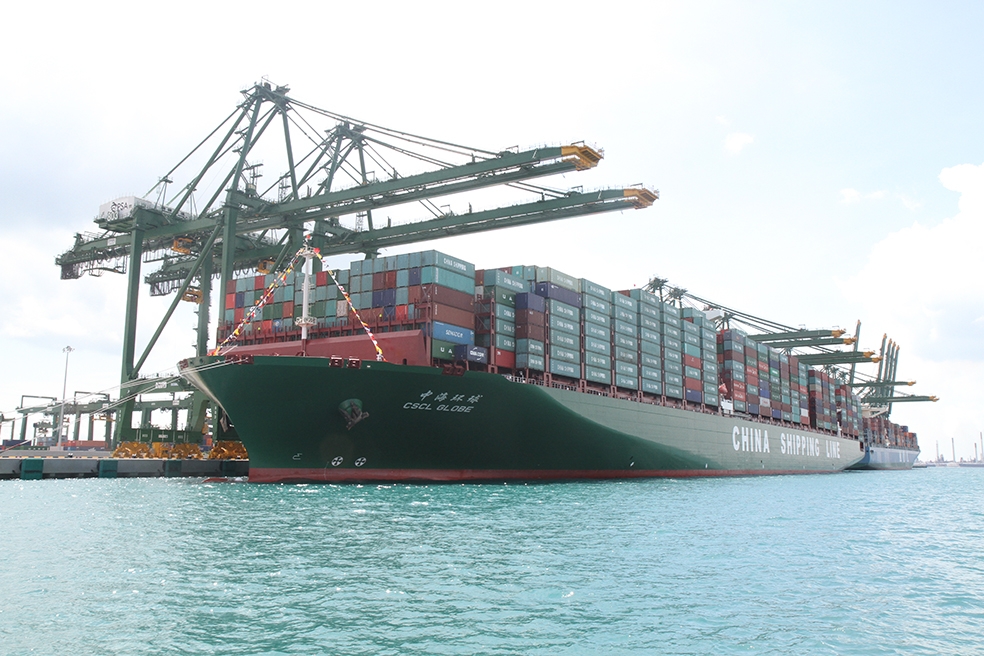 COSCO Shipping Ports and PSA Corporation have signed a memorandum of understanding to mark the launch of a new berth at the COSCO-PSA Terminal (CPT) in Singapore.

Established in 2003, CPT has served as a hub for container shipping in the southeast Asia region.

The first two berths began operations on January 1, with an annual handling capacity of 2,000,000 TEU.

The third berth will begin operations on January 1, 2018. This will increase the handling capacity of CPT to 3,000,000 TEU annually.

PSA said the new berth will be supported by an automated yard, allowing for more efficient berthing arrangements, enabling the terminal to increase productivity and greatly enhance its service capability and quality.