Written by Baird Maritime on December 2, 2019. Posted in Boxship World. 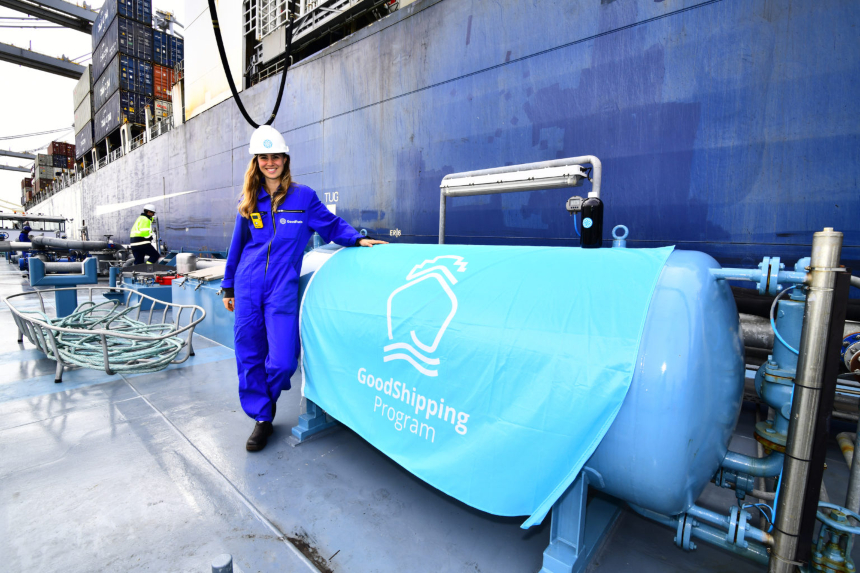 A partnership formed by CMA CGM, Ikea Transport and Logistics Services, and the GoodShipping Program has successfully completed a pilot project trialling the use of biofuel as an alternative to heavy fuel oil (HFO) for marine transport.

The trials were carried out in September and October 2019 on the containership CMA CGM Alexander von Humboldt as it sailed on its regular scheduled service connecting North Europe and Asia. A sustainable “HFO-equivalent” biofuel developed by GoodShipping was used in a blend with conventional fossil-based marine fuels to power the vessel on a major oceangoing route.

The test results showed that the biofuel helped deliver well-to-propeller CO2 reductions of as much as 80 to 90 per cent compared to conventional fossil-based equivalents.

GoodShipping CEO Dirk Kronemeijer hopes the positive results of the test programme will encourage more shipowners to switch to using sustainable biofuel before stricter regulations on carbon reduction are enforced beginning in 2030.

The trials were carried out with the support of the Port of Rotterdam’s Incentive Scheme for Climate-Friendly Shipping.