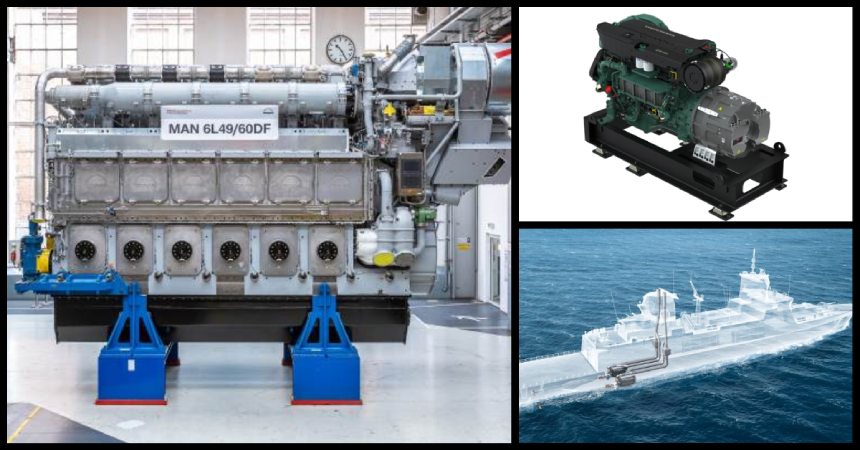 MTU engines to be upgraded for ECA compliance

Rolls-Royce has confirmed it is further developing its proven large marine engines of the MTU 1163 and 8000 series to comply with the IMO Tier III emissions directive.

From 2025, the engines are to be available in all cylinder variants – 16 and 20V respectively – in the power range between 4,800 and 10,000 KW. They will allow entry into the so-called Emission Controlled Areas (ECA), for example in the Baltic and North Seas and off the North American coast.

Rolls-Royce is developing the necessary exhaust gas aftertreatment with SCR system itself in order to be able to adapt it precisely to MTU engines and customer requirements. The engines are to be approved for operation with sustainable fuels (EN15940, e.g. HVO) in the course of 2025.

In developing the new engine variants, Rolls-Royce will ensure that a maximum of common parts to the current versions will be retained in order to simplify maintenance and logistics while the electronics of all new engines are brought up to date.

Rolls-Royce said the most important change compared to the previous engines for IMO II is the new exhaust gas aftertreatment, the core component of which is an SCR system in which NOx emissions are reduced by 75 per cent compared to the IMO II limits. It is a closed system in which the emissions upstream and downstream of the SCR system are continuously measured to ensure optimal and compliant operation of the exhaust gas aftertreatment system.

MAN Energy Solutions has announced the launch of its MAN 49/60DF engine type.

The latest addition to its four-stroke engine portfolio, the dual-fuel engine is capable of running on LNG, diesel and HFO as well as a number of sustainable fuels including biofuel blends and synthetic natural gas.

Soot emissions are halved in diesel mode due to MAN’s new common rail system 2.2, while the 49/60DF’s methane emissions also drastically reduced in gas mode compared to its predecessor.

MAN Energy Solutions plans to introduce a pure diesel engine based on the 49/60 platform in 2023. This engine will inherently be retrofit-ready for running on methanol and LNG should the demand arise at a later stage.

The company said the variable speed marine generator sets make it possible to build vessels with smaller battery banks and charge them while on the move. This technology is already being used by Volvo Penta customers, such as Swedish Transport Administration and MHO-Co.

Volvo Penta is offering the range with models starting from D8, 190 kWe and running up to 545 KWe for the D16. All Volvo Penta diesel engines can run on HVO 100 fuel, instead of standard diesel, to reduce CO2 emissions by up to 90 per cent.

The modular installation also creates the option of using the minimum number of engines to deliver the power needed so that the marine generator sets are able to run in the so-called “efficiency sweet spot.”

The generators are also water-cooled, which translates into less noise and greater efficiency.

WinGD and HSD Engine have initiated a joint development project (JDP) to advance the development of WinGD’s methanol-fueled big-bore engines.

The aim is to deliver an engine capable of running on carbon-neutral green methanol by 2024, providing shipowners with a power solution that enables them to meet the IMO’s 2050 target with their next generation of vessels.