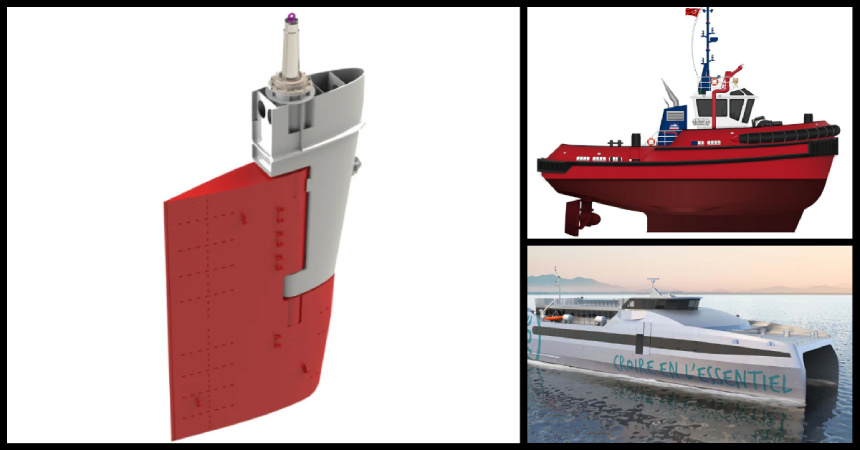 Austal shipyard in Vietnam has ordered four MAN 16V175D-MM engines, each delivering 2,720 kW at 1,800 rpm for water-jet propulsion, in connection with the building of a high-speed catamaran ferry for customer the Degage Group.

The 66-metre, 574-passenger ferry is scheduled for delivery in the first half of 2023 and will operate under the name Apetahi Express between Pape’ete (Tahiti) and Vaitape (Bora Bora) in French Polynesia.

The new ferry will have a contracted top speed of 35.8 knots and a range of 360 nautical miles.

The vessels are to be built by CSC Jinling Shipyard in China. Damen said the customised rudder will contribute in saving fuel during passages thanks to an innovative design.

For each of the five identical carriers, DMC will deliver one rudder that will allow for even more fuel savings thanks to optimised design.

The customised rudder will provide 1,450 kN/metre of torque. Each rudder has a weight of 46 tonnes excluding the horn.

Steerprop has been awarded a contract by Turkish shipyard Med Marine to deliver the propulsion units for two harbour tugs in a series designed by Robert Allan Ltd.

The four SP 175 T propulsion units have 1.8-metre propellers in nozzles and provide the power of 1,080 kW per unit to deliver 35 tonnes of bollard pull.

Delivery is scheduled for January 2023.

The new tugs are slated to enter service in 2023 and 2024. Customers include Singapore’s Vallianz and US-based Zeeboat for the fully electric tugs while the hybrid tugs are for various unnamed operators.