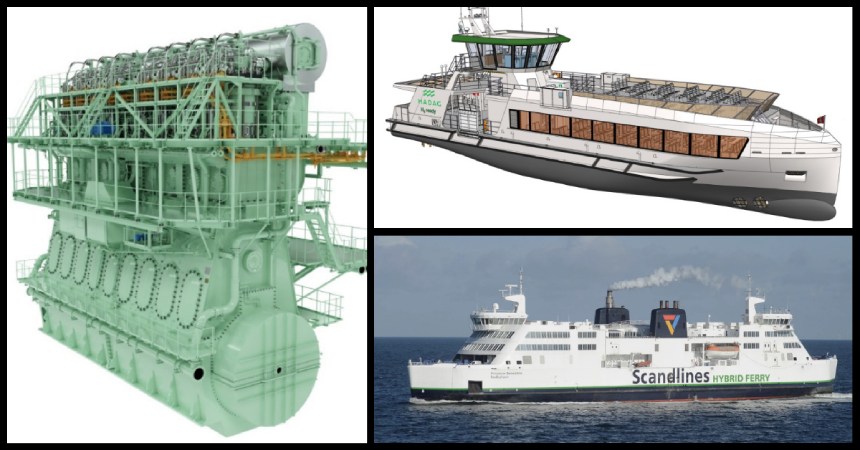 Danfoss Power Solutions’ Editron division has been chosen to provide drivetrain systems for three hybrid passenger ferries that will operate on the Elbe River in Hamburg, Germany.

The vessels will also be capable of integrating hydrogen fuel cell technology in the future.

The first ferry, which will be capable of carrying up to 250 passengers, is due to be delivered to HADAG in 2024, with the other two vessels scheduled to follow later the same year. Additionally, HADAG has an option to order a further three ferries featuring the fuel cell technology, while the system could also potentially be retrofitted on the city’s existing passenger ferry fleet.

ABB and an Australian shipbuilder have signed a letter of intent (LOI) regarding collaboration on the development of a new Ro-Pax ferry with a hybrid electric propulsion system that could transition to battery power as shore charging becomes available.

The vessel will measure 148 metres long and will be capable of speeds of up to 21 knots.

Each thruster can rotate around its vertical axis and thereby function as a rudder. The new thrusters ensure a more homogeneous flow through the water, resulting in reduced noise and vibration.

Head boxes were also installed to further optimise the water flow to the propellers.

Prinsesse Benedikte is the final one of four Scandlines ferries to be fitted with the new thrusters.

The container vessels are being built for Danish shipping company A.P. Moller Maersk.