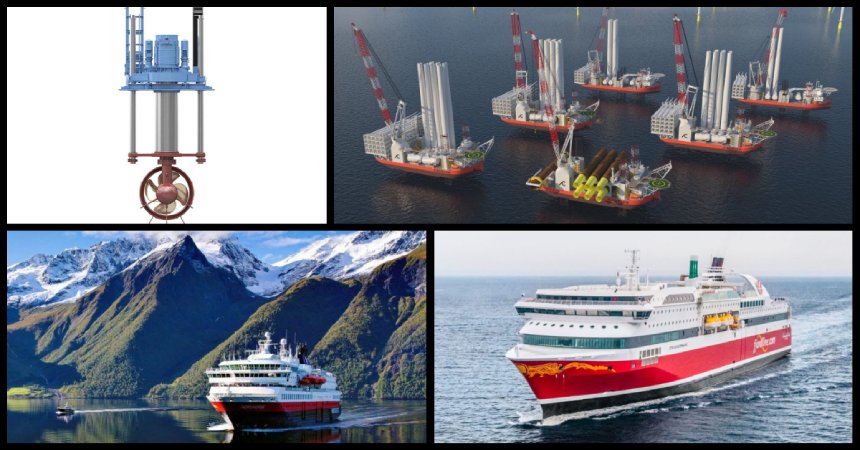 Norwegian cruise and ferry company Hurtigruten has been awarded over NOK67 million (US$6.63 million) in funding by the Norwegian Research Council to develop low-emission vessels that will serve coastal routes.

Hurtigruten’s goal is to develop a low-emission ship for the coastal route from Bergen to Kirkenes. This vessel is scheduled to enter service by 2030.

Hurtigruten is working on the project in close cooperation with propulsion manufacturer Brunvoll and other partners.

Norwegian operator Fjord Line has confirmed that two of its LNG-fuelled Ro-Pax ferries will be upgraded by having their LNG-fuelled engines replaced with dual-fuel engines that can run on either LNG or MGO.

Stavangerfjord’s refit will commence within this month and will be finalised by the end of May 2023 while Bergensfjord’s refit will take place from February to June 2023. The conversion work will be undertaken at local shipyard Fosen.

Fjord Line said the refits will help the company address the increases in LNG fuel costs caused by the energy crisis that came in the wake of the Russian invasion of Ukraine.


Kongsberg has introduced a new series of retractable azimuth thrusters, which the company claims are smaller than competing units while maintaining thrust power.

Kongsberg said the thruster’s compact size makes it applicable to modern offshore wind, fishing, and naval vessel designs where onboard space is limited.

The thruster has an integrated electric prime mover mounted very low between the steering gear. Kongsberg said this saves more than a metre of vertical space in an engineering compartment.

The thruster was also designed with an emphasis on ease of installation and maintenance.

Each thruster in the series is available as a singular unit, which functions as an azimuth for manoeuvring and dynamic positioning, or as a tunnel thruster when retracted into a tunnel. The singular units have optimised drivetrains and hydrodynamics for high thrust and fast response time, which allows the number and size of propulsion units in a vessel to be reduced.

The vessel is scheduled to be delivered to Cadeler no later than 2026.