Written by Baird Maritime on May 25, 2018. Posted in Engines & Propulsion Systems. 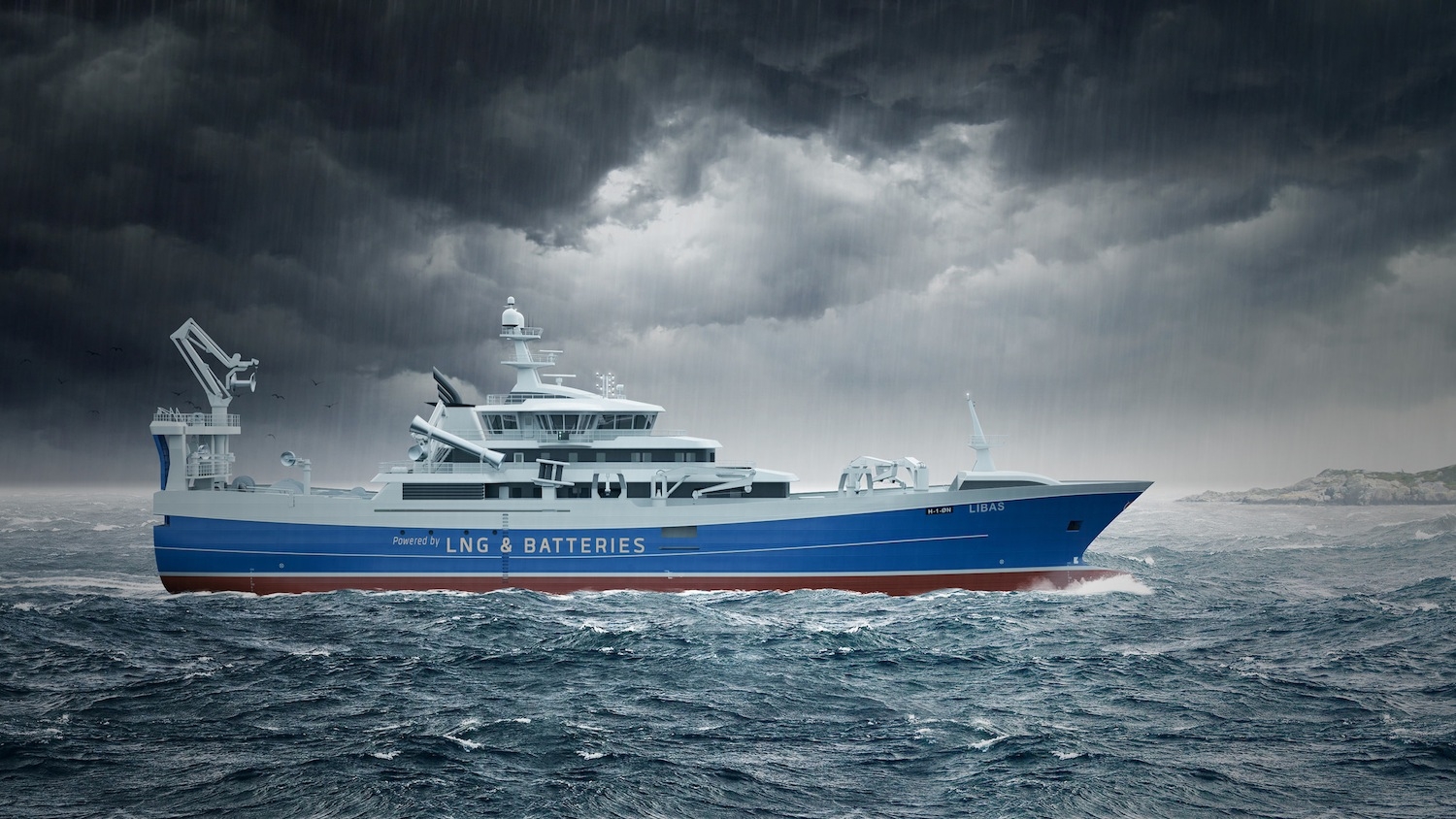 MAN Diesel and Turbo has been selected to provide a complete propulsion package and fuel-gas system for the world’s first fishing vessel with LNG propulsion.

An 86-metre newbuilding purse-seiner, Libas will be built by Cemre Shipyard in Istanbul. It will feature a MAN 6L51/60DF main engine, Renk gearbox, MAN Alpha propeller system and MAN Cryo LNG fuel-gas system with a 350m3 tank. Liegruppen, the Norwegian fishing group, has ordered the vessel, while Salt Ship Design has provided the design.

The scope of the MAN Cryo fuel-gas system covers the 350m3 vacuum-insulated cylindrical type C tank, TCS/coldbox with process equipment, manifold and instrumentation, an emergency shut-down system, and a bunker station for the supply of LNG to the tank.

The system is designed for a net tank volume of 330m3 of LNG and temperatures down to minus 163°C. The tank stores LNG at the lowest possible temperature and pressure until it is evaporated and supplied to the dual-fuel MAN 6L51/60DF main engine, as consumption demands.

MAN Diesel and Turbo’s uprated MAN L51/60DF engine successfully passed its Type Approval Test at the end of 2017 where a nine-cylinder test engine had an output of 1,150 kW/cylinder at a nominal speed of 500/514 rpm. The engine can be employed both as marine main-engine and auxiliary engine and ran on both fuel-oil (DMA) and natural gas on the testbed.