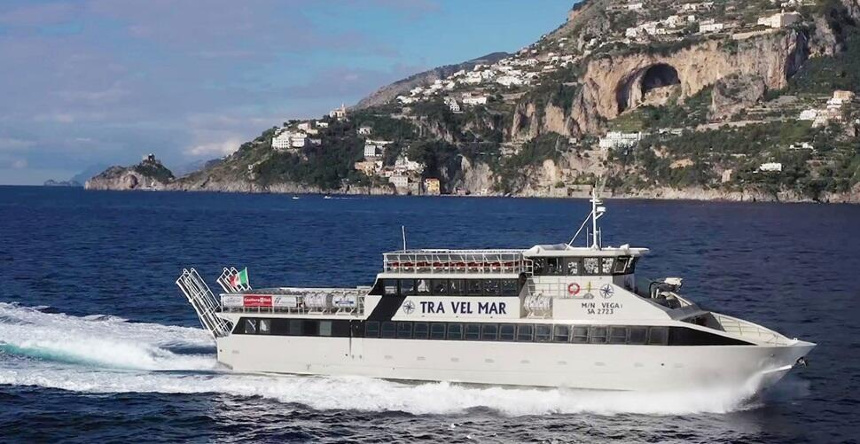 Offering not only improved manoeuvrability, fuel economy, and emissions benefits, the compact packaging liberates more seating space on board.

The ferry, called Vega, is also the first vessel in the region to combine the benefits of Volvo Penta IPS with the company’s latest selective catalytic reduction (SCR) after-treatment system that complies with the new IMO III emissions regulations. The ferry is designed to work for between 3,000 and 3,500 hours a year during a normal tourist season, which stretches from Easter to the end of October.

The ferry belongs to marine transport company Travelmar and operates for 10 hours a day from Monday to Sunday, covering approximately 110 nautical miles each day. It was built in Travelmar’s own boatyard.

The design of the IPS features forward-facing twin counter-rotating propellers that are mounted beneath the hull.

As the propellers operate in undisturbed water, they experience less drag. This improves performance and reduces fuel consumption by up to 30 per cent compared to a traditional inboard shaft-drive engine arrangement, reducing operating costs significantly.

The individually steerable pods are controlled via joystick, offering precision handling and secure berthing, even in difficult weather conditions.

The heart of the IMO III system from Volvo Penta is its SCR aftertreatment system, with each of the four pods’ engines having its own muffler.

The engines are also approved for use with hydrotreated vegetable oil (HVO), a biofuel that reduces CO2 and particulate matter by up to 90 per cent.