Written by Baird Maritime on April 5, 2018. Posted in Trawling World. 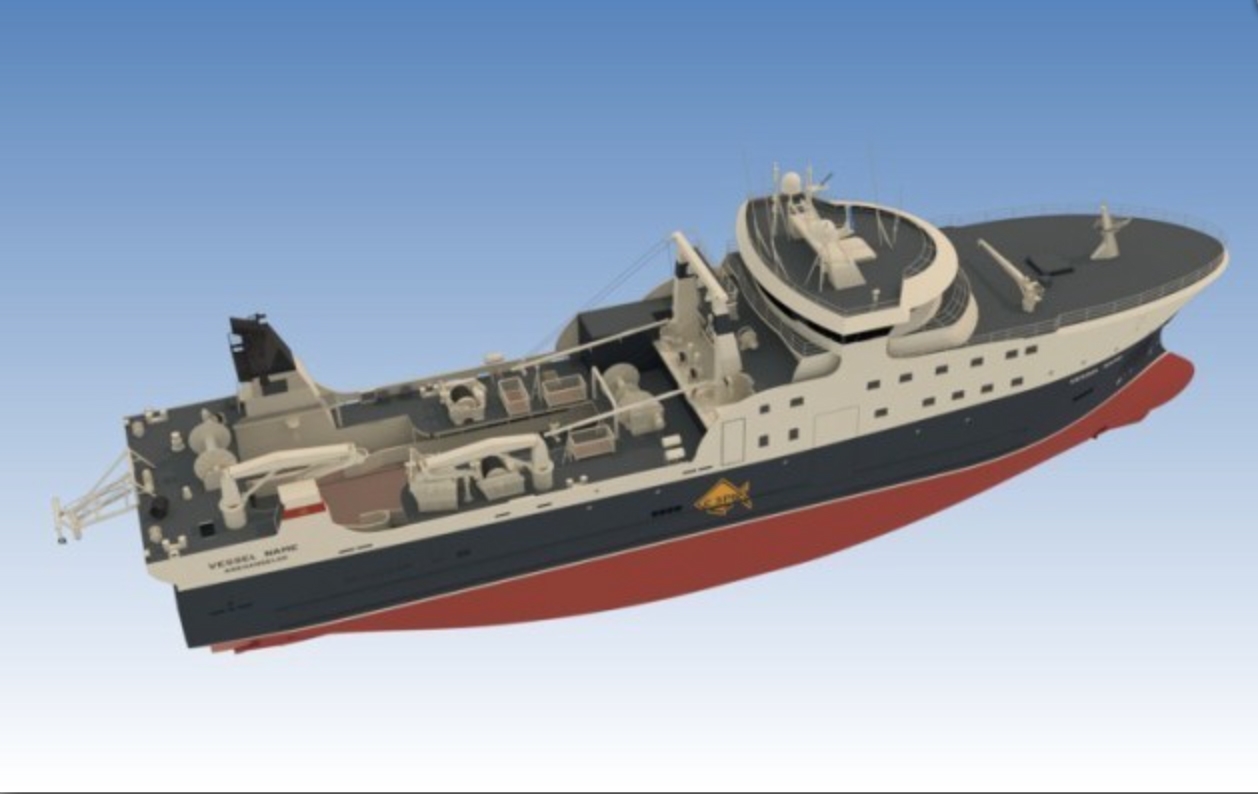 A keel-laying ceremony has been held for the third of four Project КМТ01 freezer trawlers at Vyborg Shipyard in Russia.

Being built for Arkhangelsk Trawl Fleet, the Marine Engineering Bureau-designed trawler is intended for catching sea-bottom fish, processing and freezing of the catch in the North Atlantic, Barents Sea, Norwegian Sea and Greenland Sea.

Powered by a 6,000kW engine with bow thruster power of 850kW, the KM Ice3 vessel has an operating speed of 15 knots.

Accommodating 49 crew, the trawler will be fitted with cargo cranes, an automated pallet system and an Ibercisa anchor and mooring mechanism.