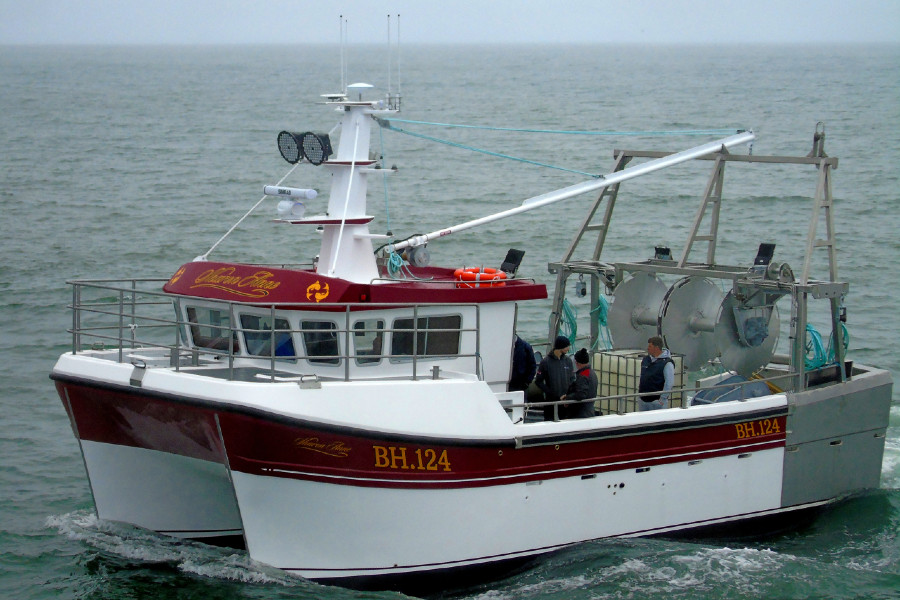 Successful fishermen have long demonstrated a respect for tradition and a willingness to test new water and new technologies. Mr. Richard Hards and Mr. George Jacks, of Pecheurs Eccosse in Inverness, Scotland, demonstrate that balance with their new catamaran vessel, Sharon Anne.

With a 5.5-metre beam, the 11.95-metre catamaran has more fishing power than its length would suggest. In the UK the catamaran design is gaining a growing following amongst inshore fishermen. The innovation provides a roomy and stable fishing platform with ample cargo capacity.

Designed in-house by the builder, G. Smyth Boats, the vessel’s hull is made from moulded fibreglass. As with single-hulled boats delivered by G. Smyth, the finish, both interior and exterior, is very high quality. The Northern Ireland firm’s reputation for attention to detail has drawn customers from as far away as Belgium. 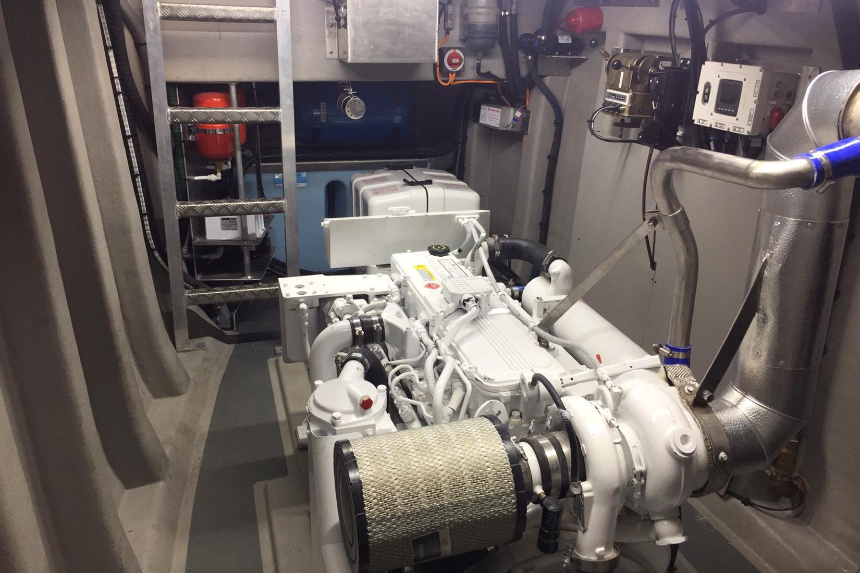 Each hull is fitted with a six-cylinder, Cummins QSL9 diesel turning a four-blade Hyperform propeller through ZF gearboxes with 3:1 reduction. Delivering 216 kW at 1,800 rpm each, these engines give the hulls an 8.5-knot cruising speed.

The engines also provide ample hydraulic power to a pair of SeaQuest three-tonne trawl winches and a pair of two-tonne net drums worked by remote control technology. There is also a landing winch to round out the deck equipment for the boat’s trawl and creel fishing. The engines and gears were supplied by South Shore Marine and Diesel of Oxford Island, Northern Ireland.

An auxiliary refrigeration system for the catch was supplied by Cool Temp refrigeration of Markethill, Northern Ireland. Each hull has a 1,500-litre fuel tank, as well as freshwater tanks.