Named Niño Jesús de Praga (“Baby Jesus of Prague”), the RINA-classed vessel will be operated out of the Port of Mar del Plata on Argentina’s Atlantic coast and will replace an earlier vessel that has been in service with the same owner’s fleet for more than 60 years. In addition to being the fourth vessel to join the owner’s current active fleet, it is also the seventh vessel overall to be built by the shipyard for the owner.

The steel-aluminium newbuild is also notable for being the first in a new series of 12 trawlers that will boast innovative features such as bulbous bows, a semi-automated catch handling system, freezer holds on two decks, and crew accommodation spaces with increased protection against onboard fire, as confirmed by shipyard president Domingo Contessi.

Designed specifically for both deep-sea and mid-water trawling for red shrimp, hake, and other species in Atlantic waters, Niño Jesús de Praga has an LOA of 26.84 metres, a moulded beam of 8.4 metres, a draught of four metres, and a total hold capacity of 244 cubic metres.

Power is provided by one Mitsubishi S12RMPTA main engine driving a five-bladed propeller via a ZF W5355 gearbox to deliver a maximum speed of 10 knots. The vessel also has a set of three auxiliary engines from Cummins.

The trawler’s suite of hydraulic deck equipment includes a pair of two-reel fishing winches and a mooring winch from Berycar as well as two net rollers supplied by Bertino y Cia. The catch is brought on board via a stern ramp and then transported to the handling area below decks. The catch is then separated, with groundfish brought to a dedicated onboard area for gutting while shrimp and shellfish are transported via conveyor belt to another area for washing.

The builder said that, because the hauling, distribution, and storing all take place within the relative safety of an onboard shelterdeck, the catch does not touch the deck nor does it become exposed to direct sunlight or seawater spray, thus ensuring better product quality.

To further preserve catch quality, stainless steel was used in the construction of all onboard catch handling facilities including the hatches, the bulkheads, and even the area where the catch is separated. In place of wood as a fire-insulating material, and as a weight-saving measure, polyurethane was used in the vessel’s interior walls and ceilings. Refrigeration equipment for the hold spaces was provided by Gottschalk.

The onboard systems draw power from two Stamford 114kVA generators.

Crew accommodations include cabins, a galley, and a mess, all of which are located on the port side. 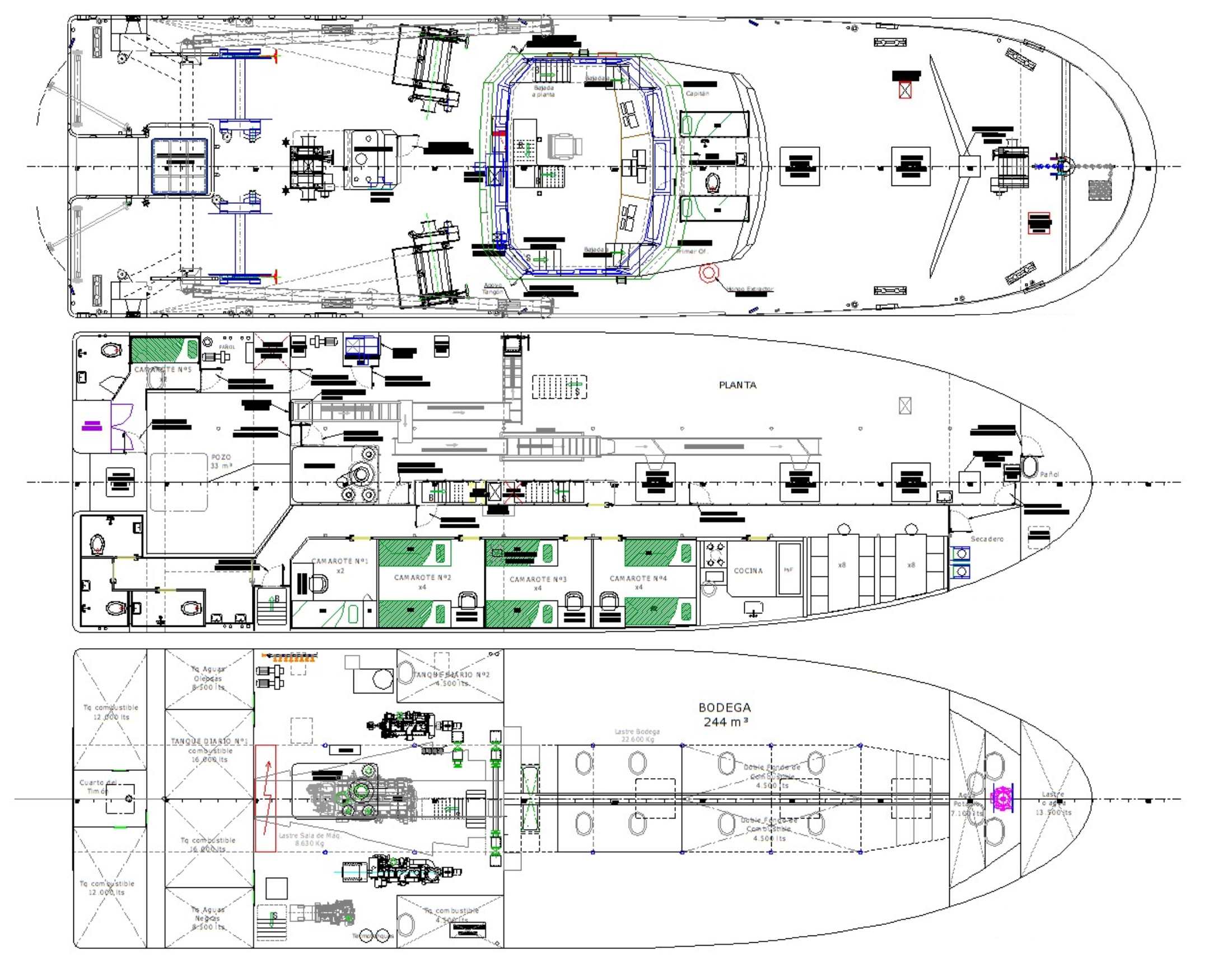