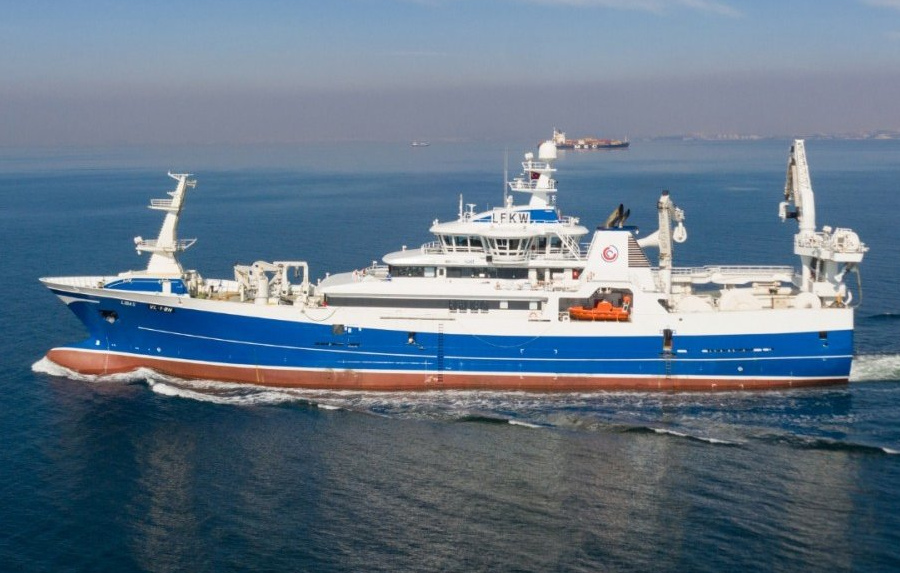 A new hybrid-powered purse seiner/trawler built by Turkey’s Cemre Shipyard has been delivered to Liegruppen, a Norwegian family-owned fishing company that traces its roots to the early 1800s.

The owners said the NOK350 million (US$39.4 million) newbuild is the world’s first LNG-battery hybrid fishing vessel, its particular propulsion configuration having been specifically selected to fulfill the requirement for a vessel that is capable of sustainable fishing operations. 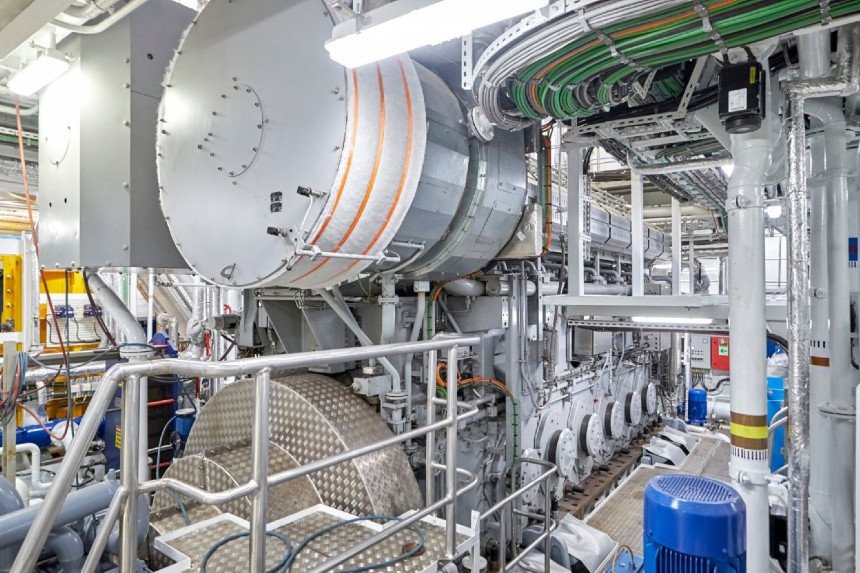 The main engine drives a MAN propeller to enable the vessel to sail at a speed of 12 knots while two Brunvoll 1,400kW thrusters aid in manoeuvring in close quarters, such as during docking and undocking. The vessel also relies on a Kongsberg Maritime SR722 FCP steering system.

A set of GEPS Techno active anti-roll tanks helps ensure improved stability even in rough seas. The owner said the anti-roll tanks were also designed to function as mini “hydropower plants” as each one has been fitted with a set of wave-driven 30kW motors that generate electricity whenever the vessel is underway. The resulting electrical power can then be used to shoulder some of the load that would otherwise be carried solely by the battery pack. It can also supply additional propulsive power to augment the main engine, thus enabling the vessel to reduce its emissions even further.

The newbuild is equipped for purse seining and for both double and single trawling, with the appropriate equipment supplied by Rapp Hydema. Hauling of catch onto the deck is accomplished with the aid of a set of deck cranes provided by Karmøy Winch.

The vessel also has an MMC First Process RSW tank that can hold up to 2,830 cubic metres. A ballast water system from Norwegian Greentech is available on board as well. 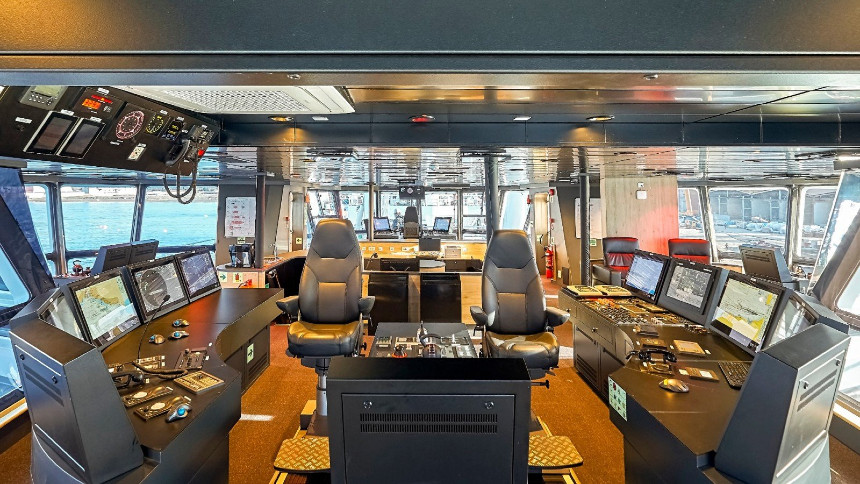 Libas‘ communications and audio/video suite consists of a telephone and intercom system, a PA system, sound-powered phones, LAN/wifi connectivity, CCTV cameras, and a satellite TV. All have been installed as part of a complete package provided by Zenitel. Konomar meanwhile supplied a variety of specially designed equipment such as video server systems that provide the bridge crew with the ability to present six different scenarios across 16 screens that connect with one another. 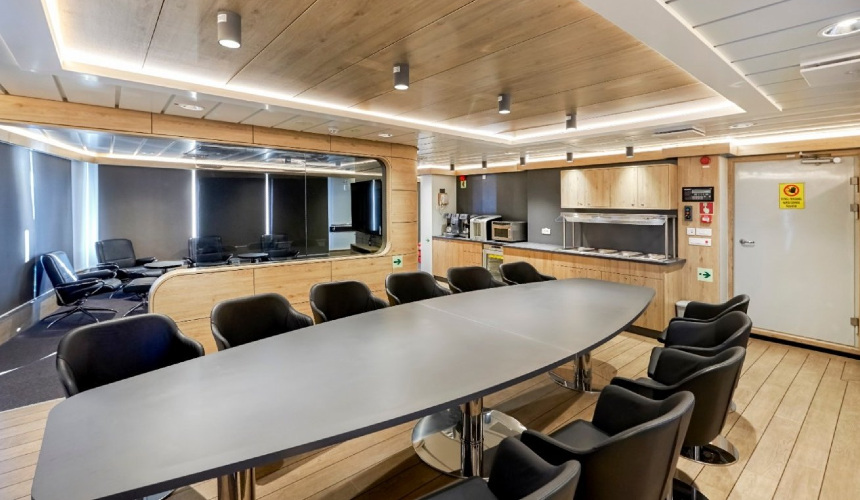 The crew accommodation spaces also include a large mess and lounge area that can be used as a conference room. 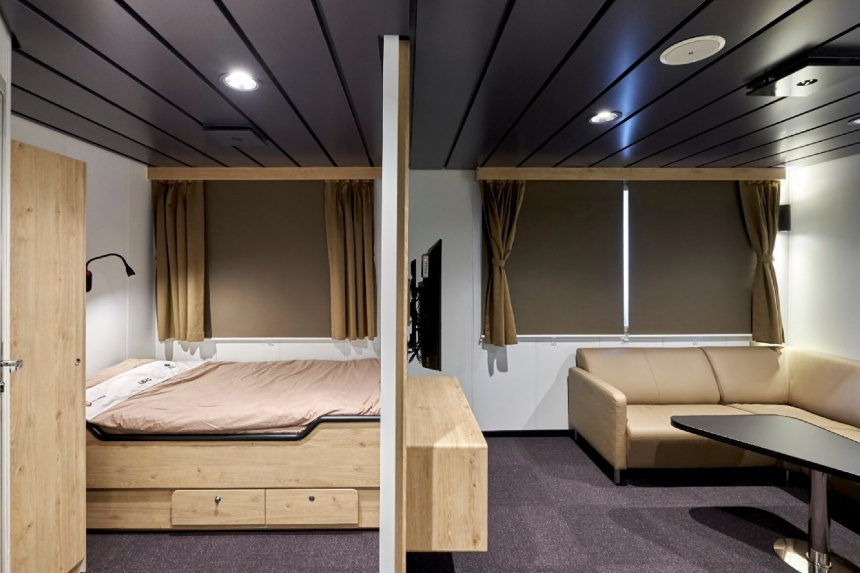 Power for the onboard electrical systems is drawn from a diesel generator with a rated output of 1,755 kW. A Volvo Penta D13 EMG-HRB diesel engine is also available to be used as a backup generator. 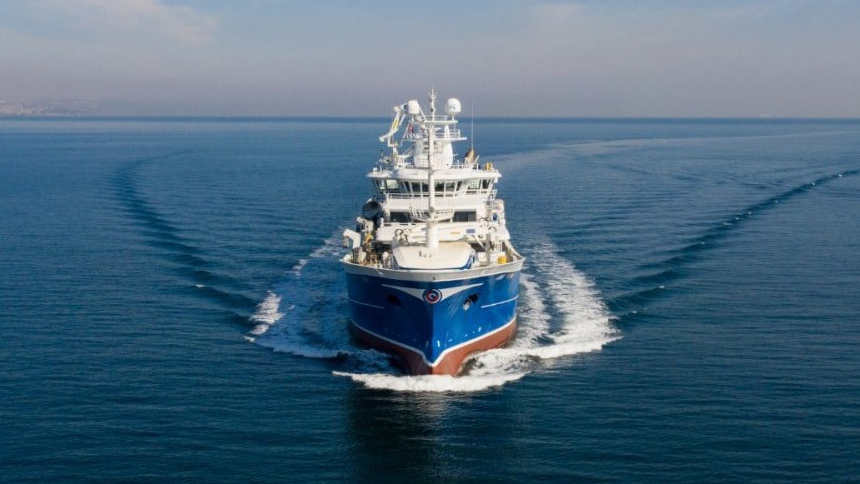