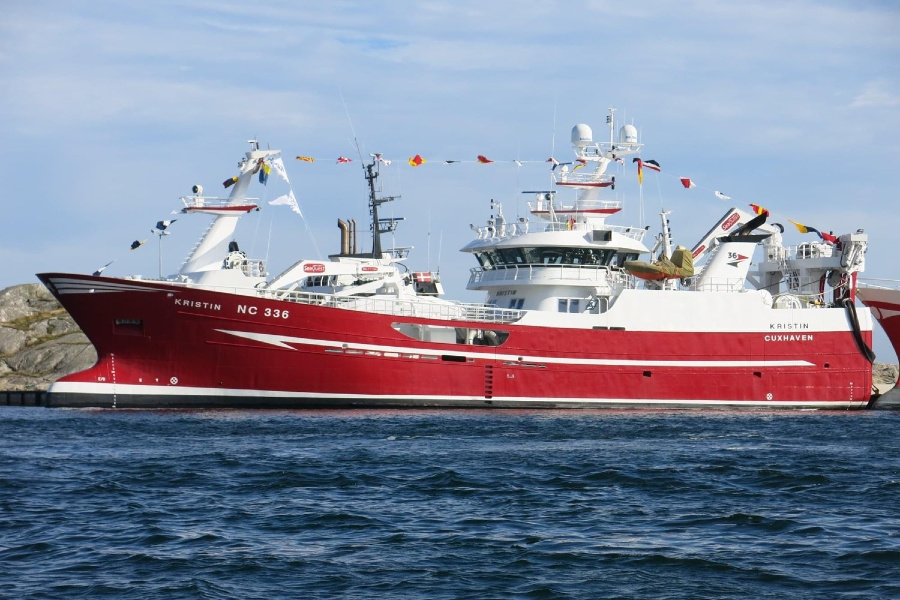 Danish shipbuilder Karstensens Skibsværft recently handed over a new steel-aluminium pelagic trawler to Kristin Fischereigesellschaft, a fishing company operating out of Cuxhaven, Germany, and owned by three partners who are based on the island of Donsö in Sweden’s Southern Göteborg Archipelago.

Classed by DNV GL and designed by Karstensens’ own in-house team, the German-flagged Kristin has an LOA of 53.55 metres, a moulded beam of 11.2 metres, and an estimated gross tonnage of 875 tonnes. Accommodations are for a crew of 10 while amenities include a mess/lounge area with seats, tables, and other furniture provided by Ekornes of Norway. 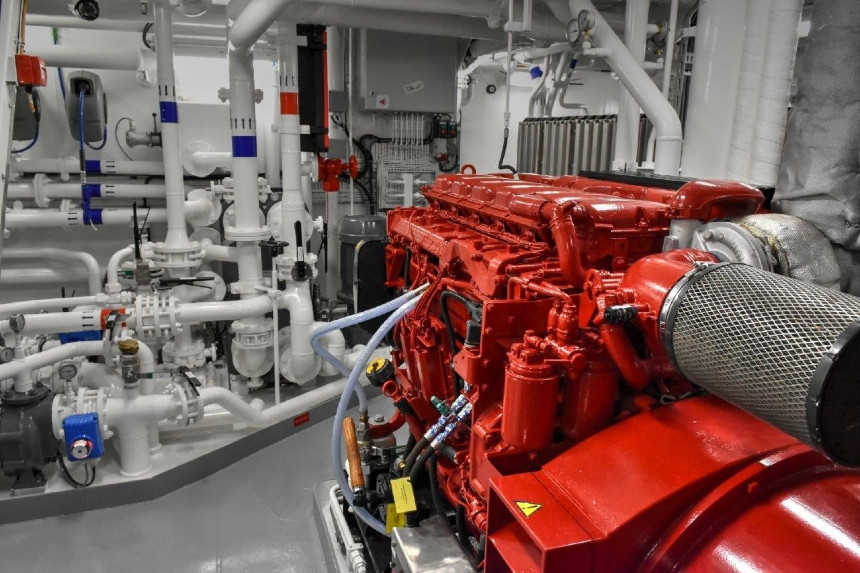 The trawler is powered by one Caterpillar-MaK 8M25 2,309kW, IMO Tier II-compliant main engine connected to a Caterpillar MPP850 3,800-millimetre propeller via a Reintjes LAF 4555 reduction gearbox to deliver a speed of 14 knots. Aiding in manoeuvring are a steering system and a rudder supplied by Kongsberg Maritime and a pair of 400kW side thrusters from Brunvoll.

Should there be instances when the propulsion system requires additional power, the power supply may be drawn from either of two Scania DI13 400kW auxiliary engines that have also been installed.

Kristin utilises an existing Karstensens trawler design that had been modified to expand its capacity in the wake of revisions made by the German government to regulations that pertain to the construction of new fishing vessels. Specifically, one of the updated rules states that the maximum allowable gross tonnage for each vessel has been raised from 800 tonnes to 1,000 tonnes, and the designers and the owners treated this welcome development as an opportunity for them to further improve upon the trawler’s projected capability even before the hull began to take shape. 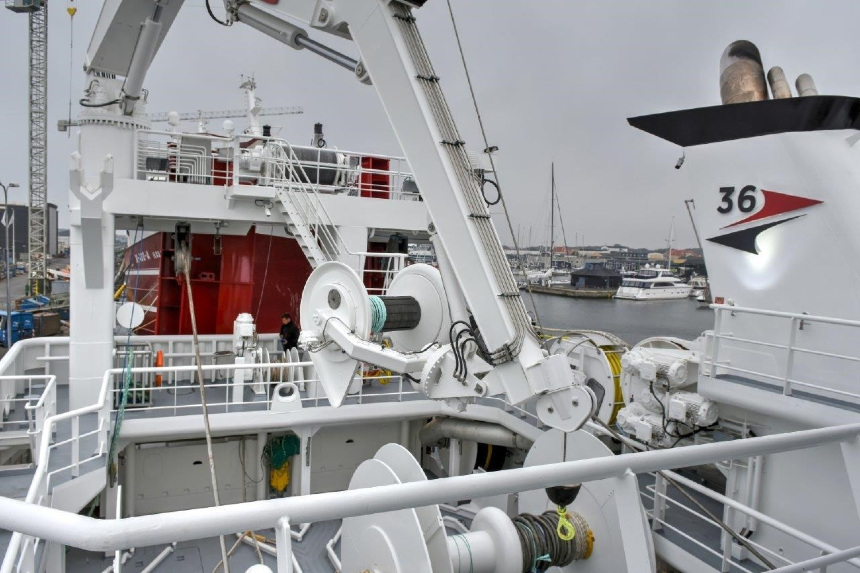 With Kristin’s owners having committed themselves to supplying catch to human consumption fisheries in addition to industrial clients, the onboard equipment that had been allotted for the storage and transport of catch have all been configured to ensure compliance with strict quality standards. For example, the vessel’s eight RSW tanks that have a total capacity for 1,080 cubic metres have been fitted with a 700kW chilling system supplied by Irish commercial refrigeration specialist Johnson Controls to better guarantee catch quality while in transit.

The owners further believe that reduced energy consumption also contributes to ensuring catch quality, since fewer harmful emissions by the vessel’s engines and generators would translate into a lower risk of catch getting tainted by impurities. In line with this goal, the winches have been configured to be capable of all-electric operation to minimise their reliance on the vessel’s propulsion power. The PTO and a Cummins DSG 86 1,200kW shaft generator will be used instead to provide full power to the winches, thus allowing the main engine to still be able to supply enough power for propulsion and for the other onboard systems without having to engage the auxiliary engines as well. 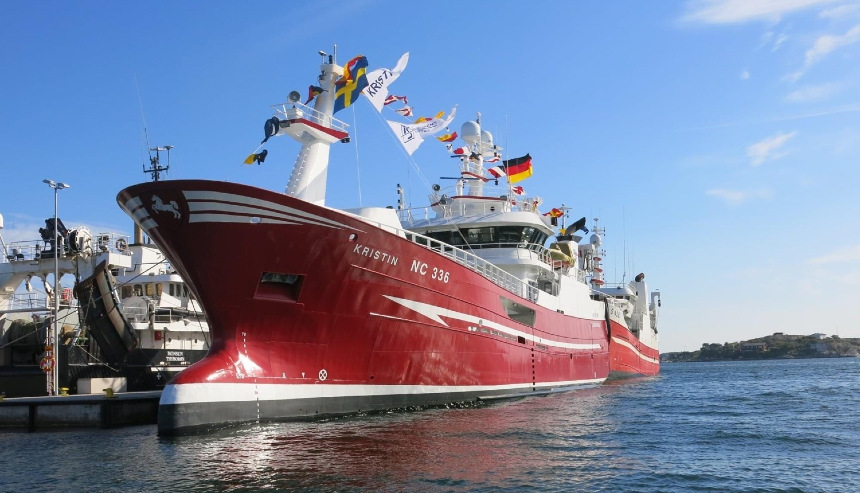 The trawler also features navigation and communications gear from Simrad and Furuno, firefighting equipment from Survitec, and a lifeboat from Viking Life-Saving Equipment.

In July of this year, Kristin was delivered to its three new owners, who will also sail on board the vessel as its captain, mate, and engineer, respectively.