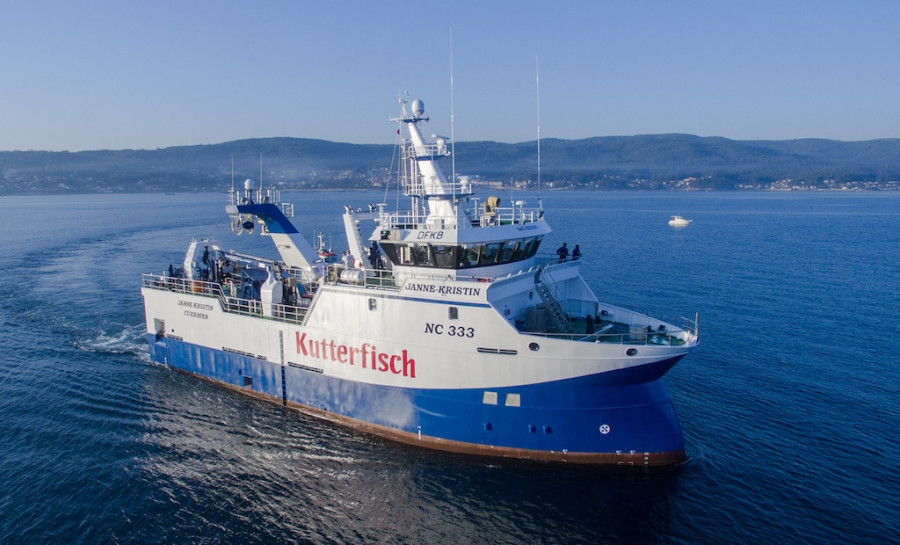 Janne-Kristin and Iris, two 35-metre by 10-metre fishing vessels, were recently handed over to the German fishing company Kutterfisch. Both vessels were built and designed at Nodosa Shipyard in Spain for operation in the North Sea.

Kutterfisch needed to replace a number of old vessels, which had very high maintenance costs, low productivity, and low operability. It also needed to improve the quality of the processing of the catch, and meet the new environmental standards required in the fishing area.

The owner’s requirements were that the pair be of high quality and strong construction, easy to maintain, easy to operate with a minimal crew, and energy efficient.

The vessels certainly met the brief, and are among the most modern trawlers worldwide. They are equipped with highly automated systems for the loading and unloading of fish containers, as well as a reversed bow designed to facilitate navigation and to improve functionality – especially in rough seas where the pair will operate.

The catch handling deck has also been given a high level of automation to minimise heavy lifting and maximise fish quality. The trawlers are capable of demersal and semi-pelagic trawling for a variety of species, and can work with a single or twin-rig trawls. 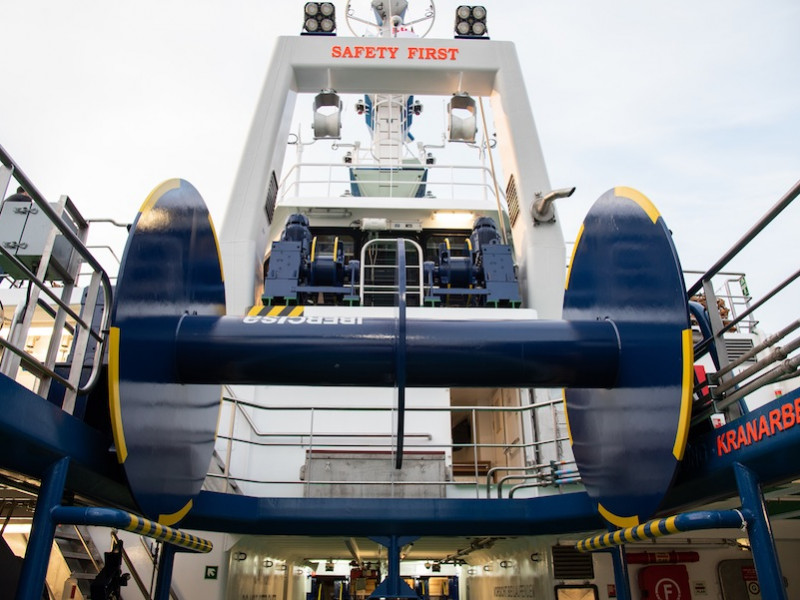 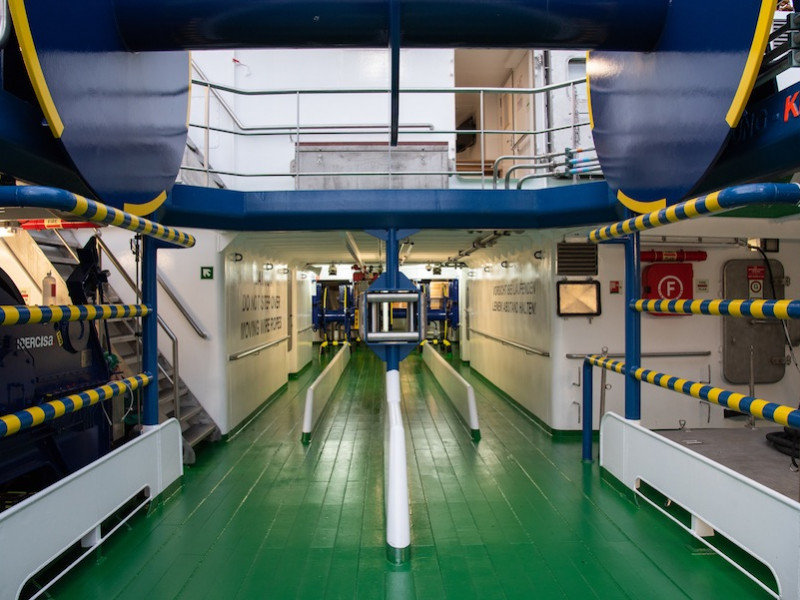 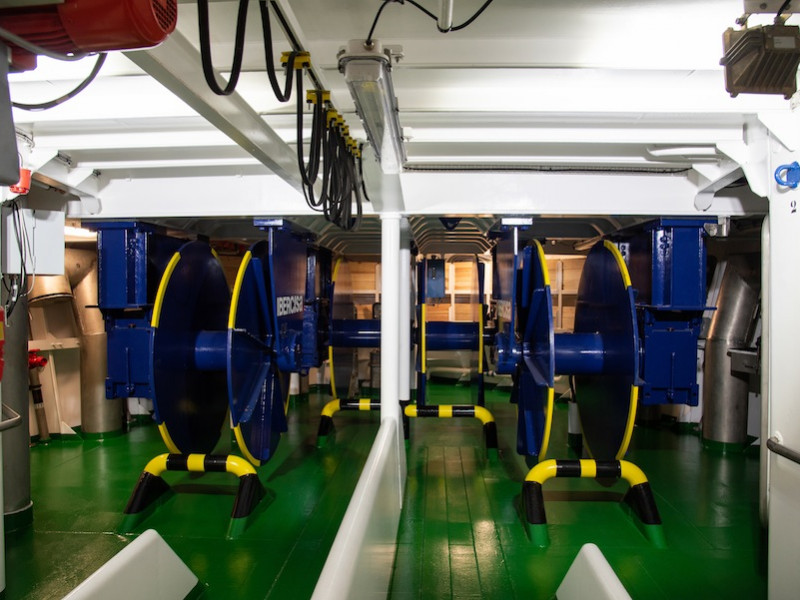 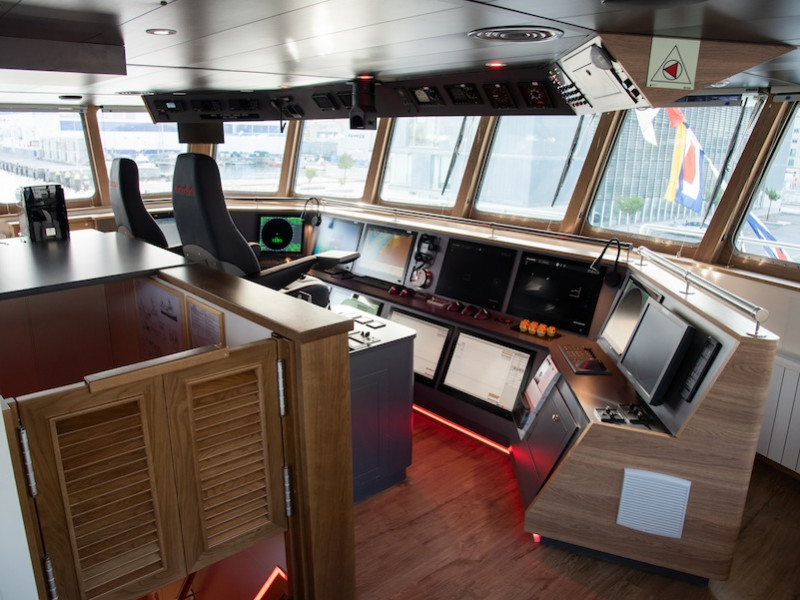 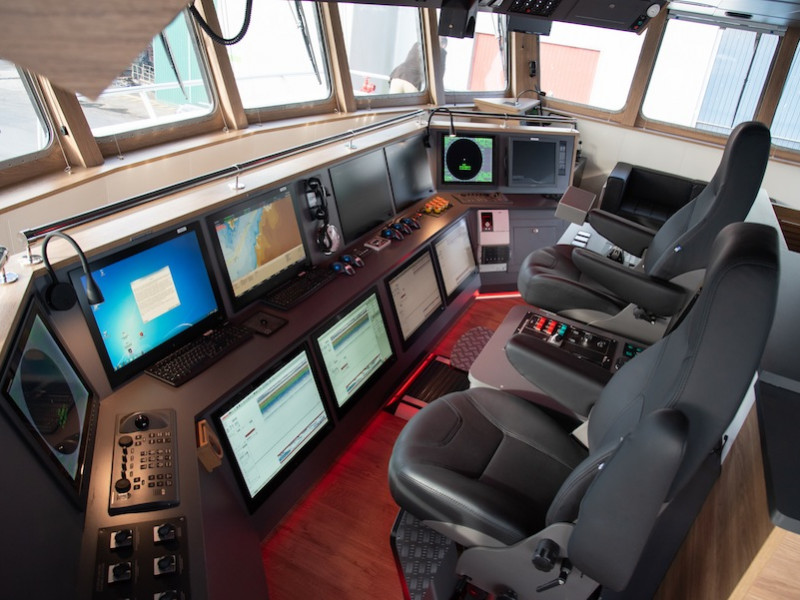 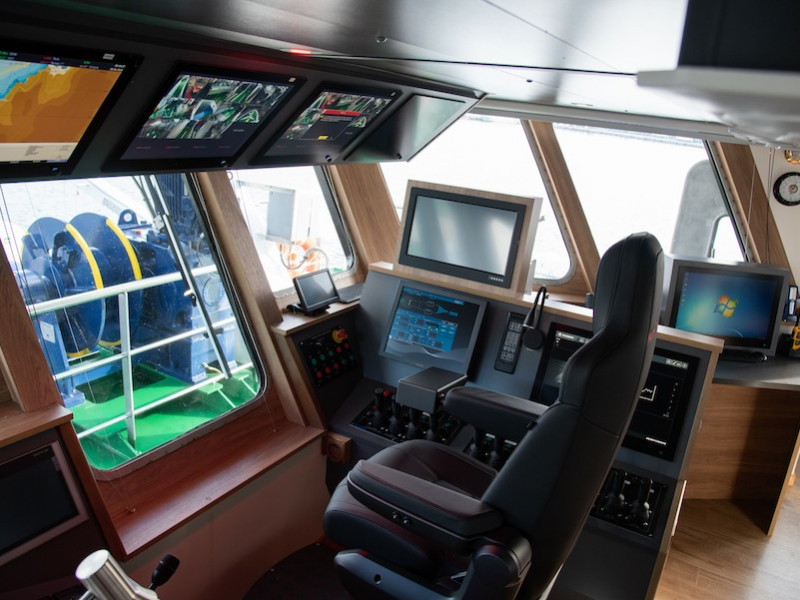 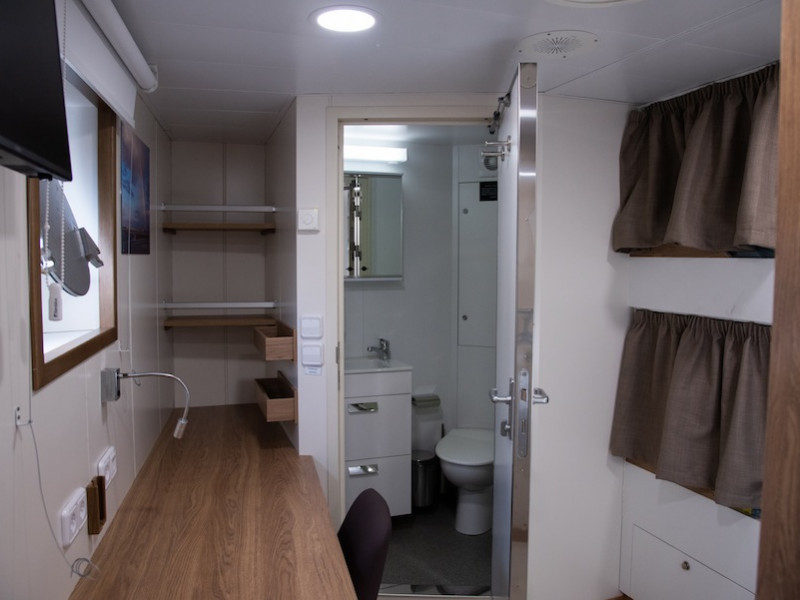 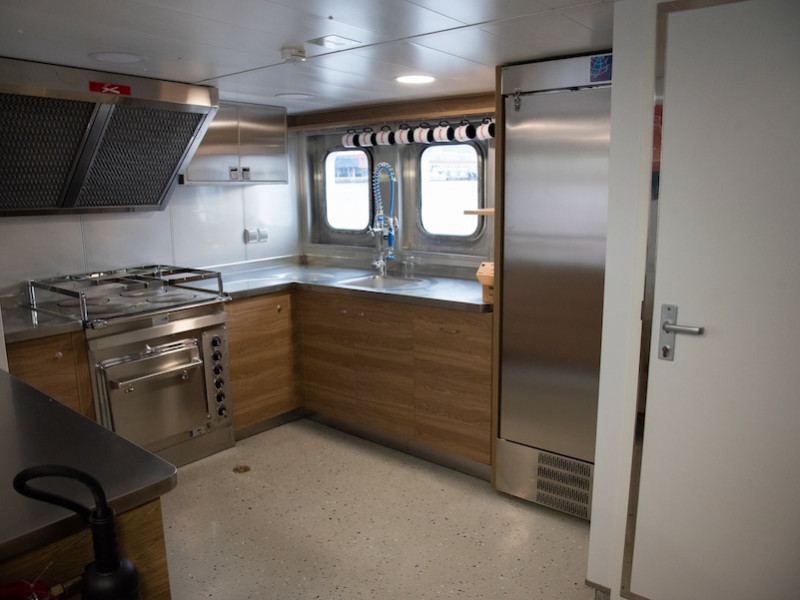 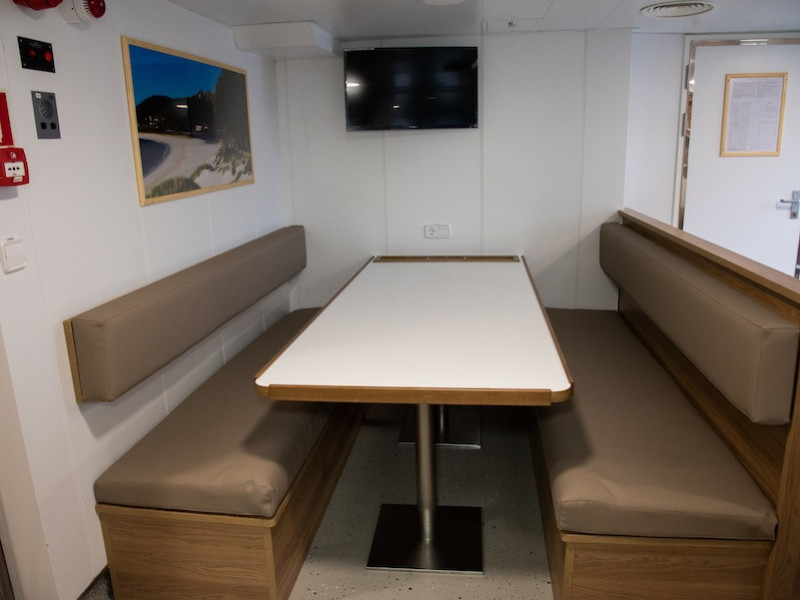 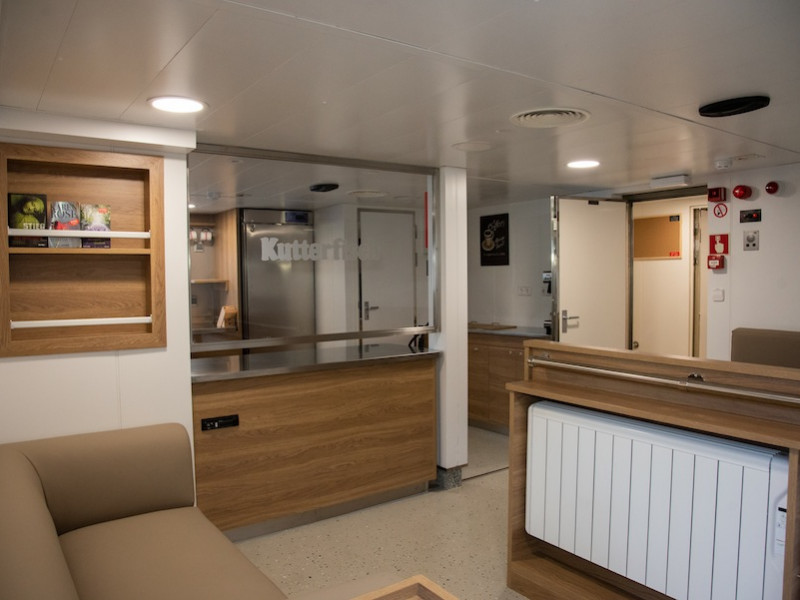 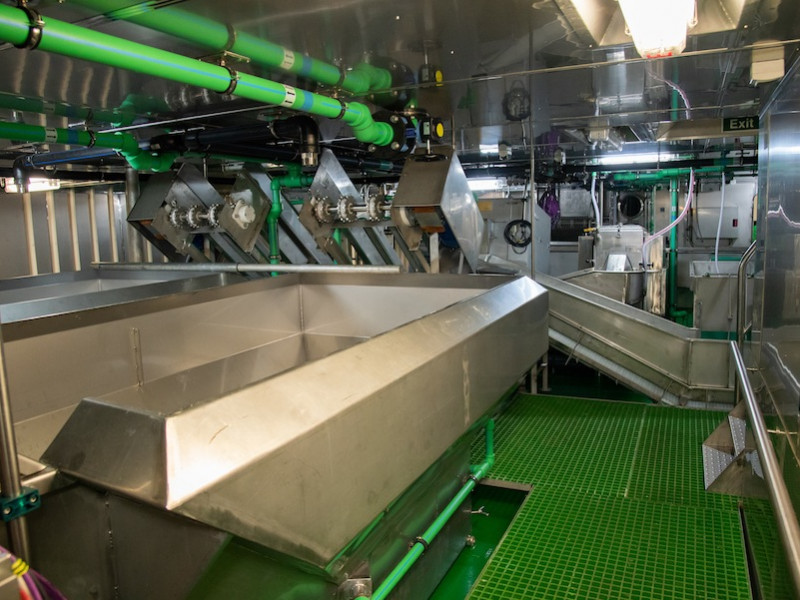 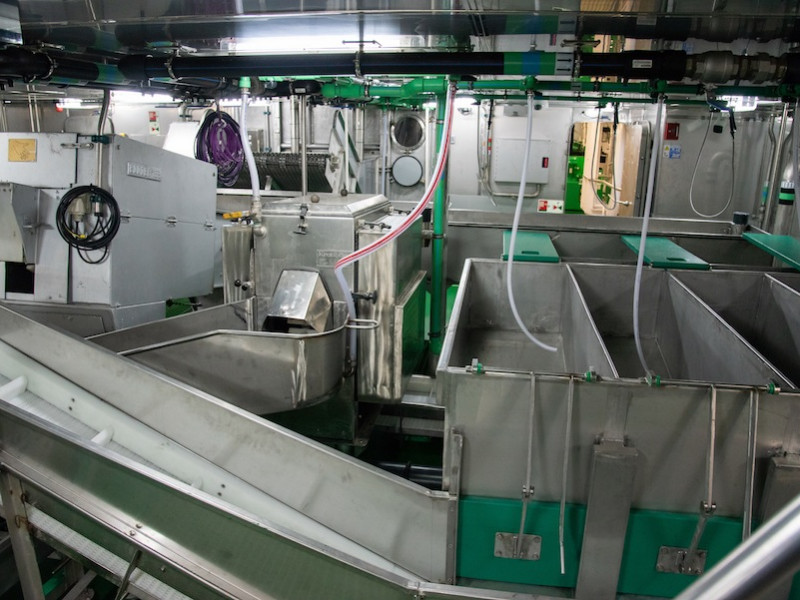 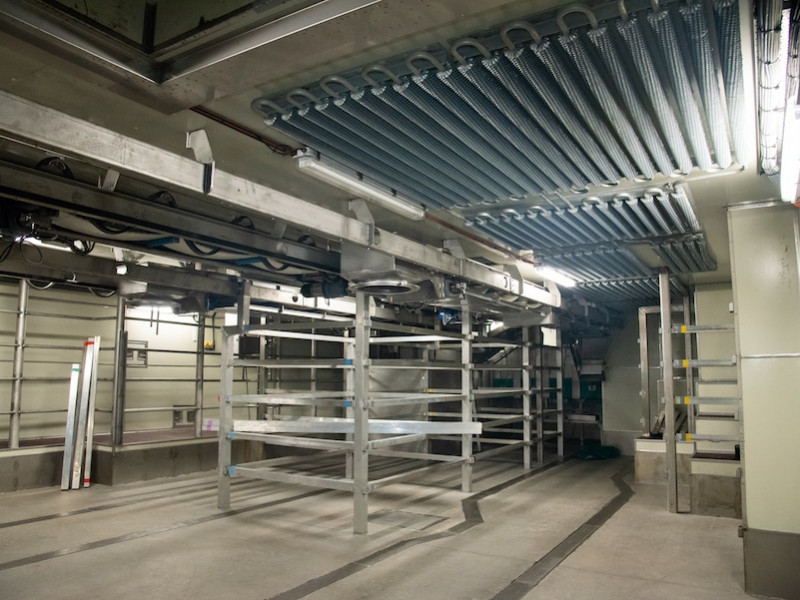 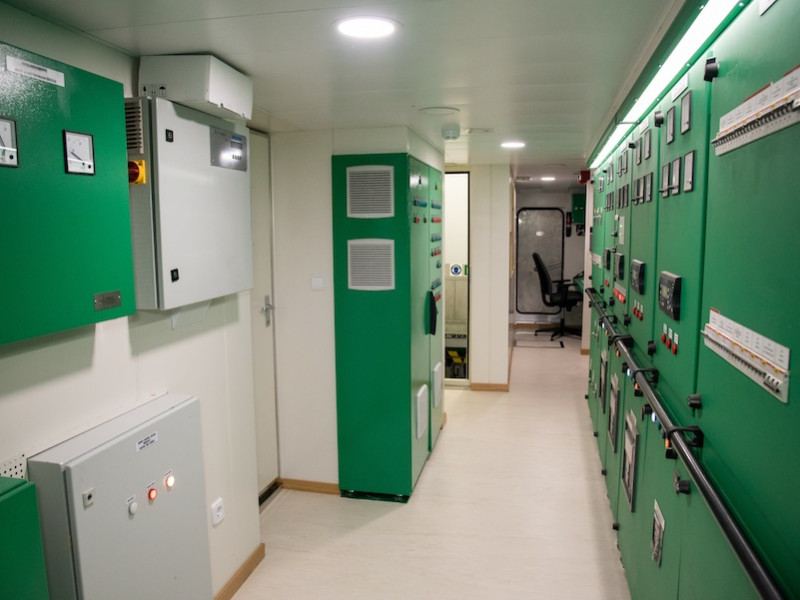 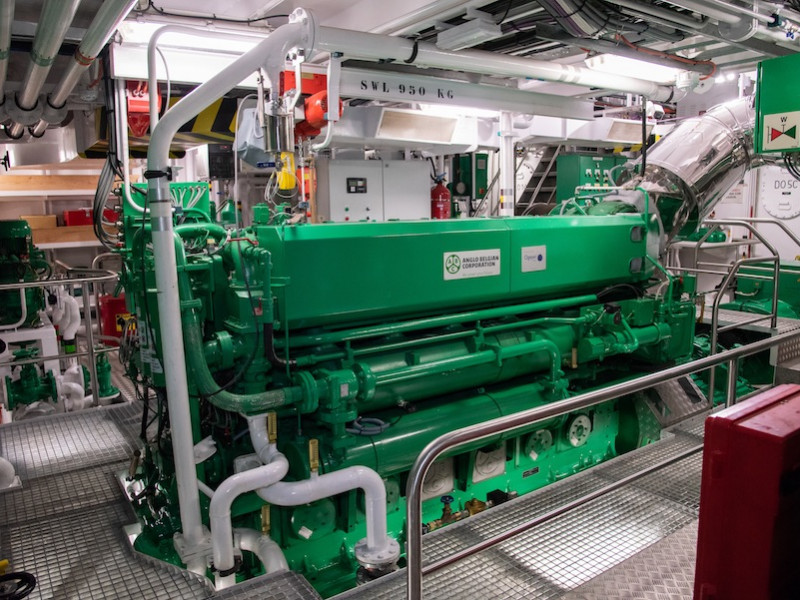 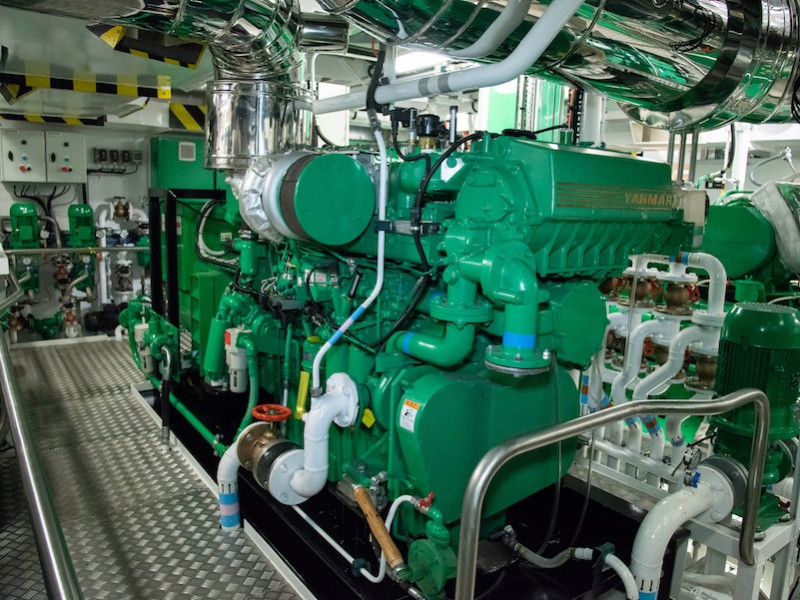 The vessels were designed to remain at the fishing grounds in the North Sea for a week, and they are operated with two crews per month – two weeks on, two weeks off. They were designed for the fishing of a very wide variety of demersal and semi-pelagic species, and both feature the most advanced technological equipment for the detection of fishing and wide communications.

The propulsion system had to be safe, efficient, and comply with the automation levels required by the shipowner and with the environmental regulations of the fishing ground. In addition, it needed to be able to be serviced at the base port of Cuxhaven.

Janne-Kristin and Iris are each powered by an ABC 6DZC engine with an input power of 1,326 kW, which drives a Schottel SCP 71 4-X controllable pitch propeller with a propeller diameter of 3.3 metres, for a speed of 11 knots.

The setup makes these vessels suitable for a wide range of operations, such as manoeuvring with the nets (shooting or pulling). As a result, the operator benefits from a high level of efficiency, which reduces operating costs, as well as fuel consumption.

The electric winches also have the ability to recover energy when they are shooting.

Both vessels are capable of using flake ice produced on board, and produce slurry ice based on flake ice, adding seawater to reach 40 per cent concentration.

The vessels have relatively small dimensions in which it was necessary to arrange a large amount of machinery and equipment.

“It is remarkable that they comply with IMO Tier III (ECA Zone),” said Mr Regueira, “so the provision of SCR (catalysts) was a real challenge for the shipyard and the shipowner.”

Furthermore, due to the reduced crew (just six), the level of automation required was very high. The entire fish factory and the hold are fully automated for loading, handling and unloading. German-flagged, these vessels hold the E0 automation level from classification society DNV-GL.

“Undoubtedly it was a challenge to optimise the spaces for the diverse equipment and systems,” added Mr Regueira, “and we also have increased our experience in the process of automating the handling of catches for this type of fishes.” 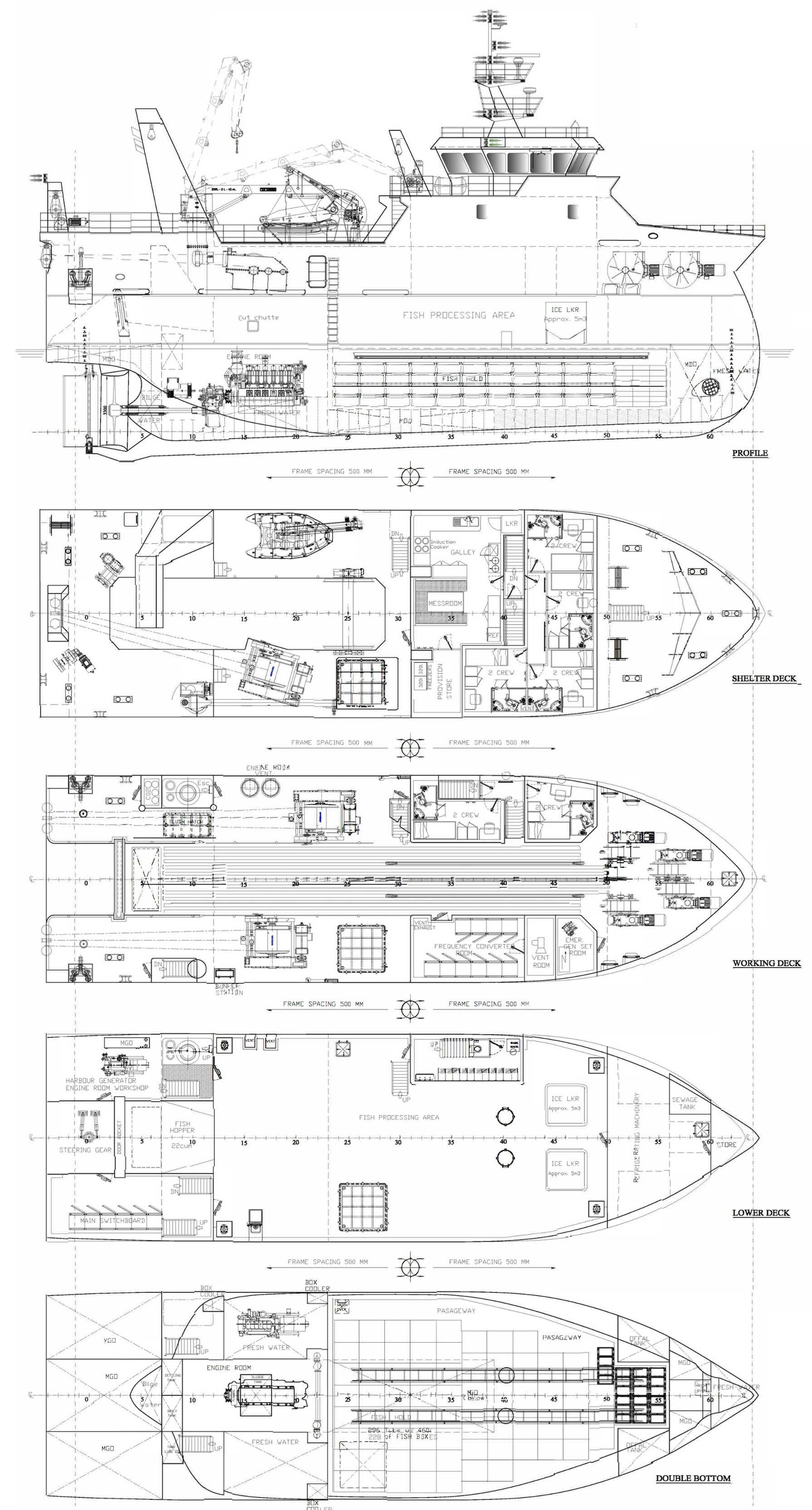