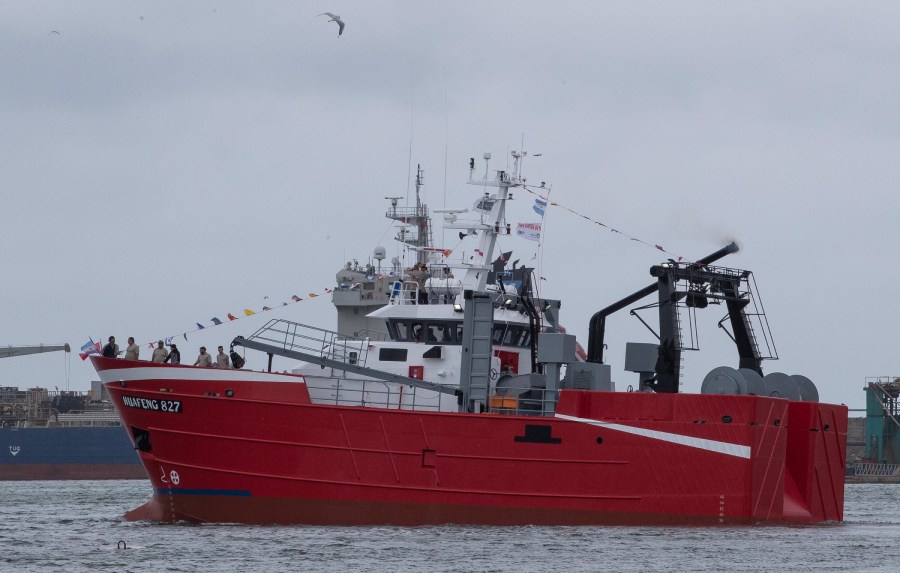 The latest addition to Arbumasa’s 23-strong fleet, the steel-hulled Huafeng 827 is the first in a planned series of six trawlers built by local shipyard Astillero Federico Contessi y Cia to replace six aging vessels, including four built by the same yard, that were completed in the 1970s and 1980s for operation by Dalian Huafeng. The remaining five vessels in the contract are scheduled to be delivered by 2024, or around three years since the order was placed. 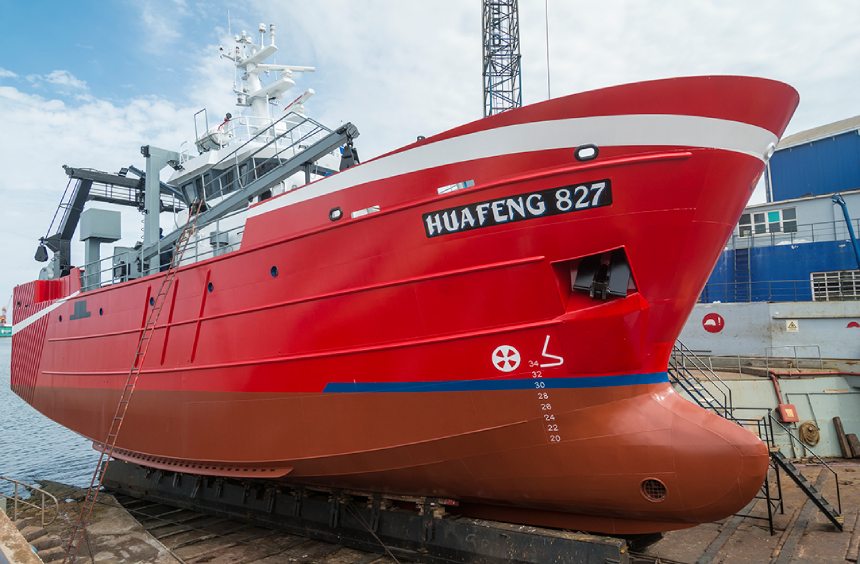 A Yanmar 6EY17W main engine drives a 1,870-millimetre, five-bladed Kaplan propeller via a Yanmar YXH-500L gearbox to deliver a service speed of 10 knots. A Buen Rumbo BR-1500 hydraulic rudder and a Side Power bow thruster have also been fitted to aid in manoeuvring. A pair of Cummins NTA 855-D engines provide the vessel’s auxiliary power. 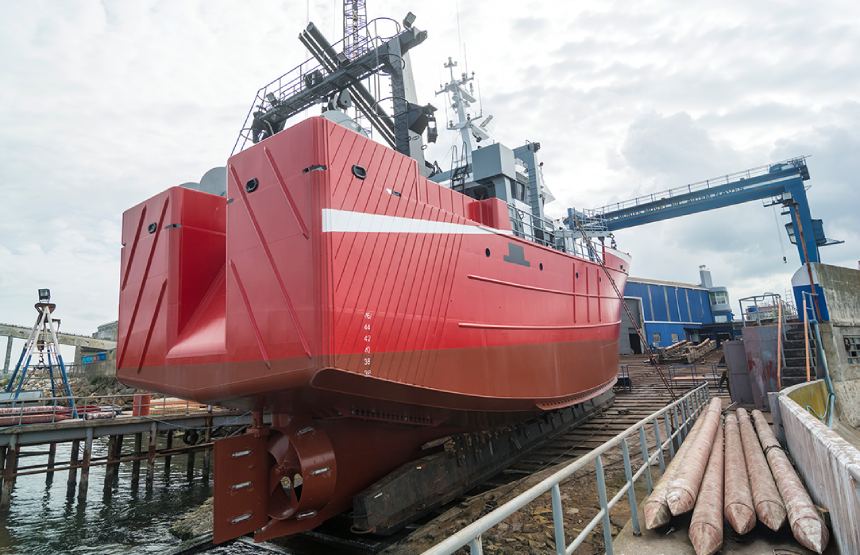 The array of fishing equipment is from Berycar and includes three fishing winches and two net drums. Berycar also supplied the vessel’s anchor winch. All winches are hydraulically operated, and the deck layout may be configured for pelagic or demersal trawling. 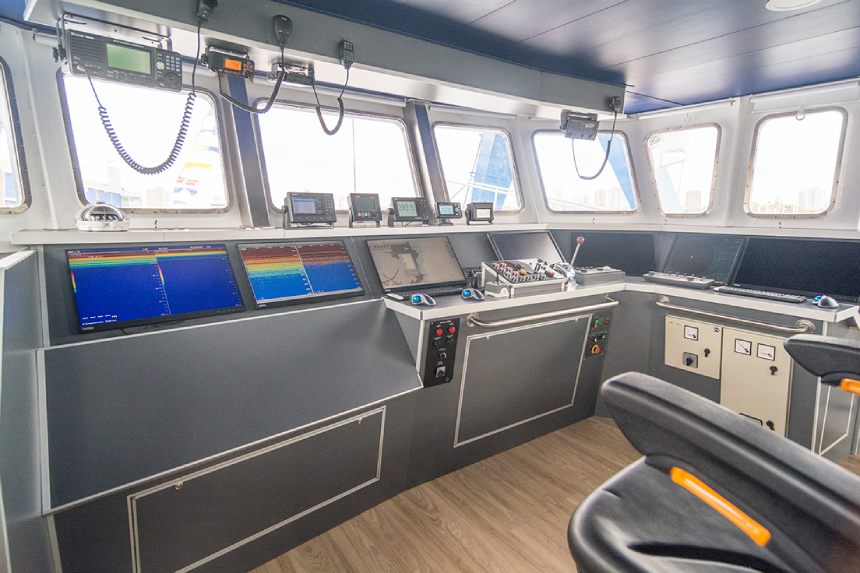 The electronics include a switchboard from Giordano-Alpaheli and installation works were carried out by Electronica Naval. The catch handling and processing equipment consists of a hold with insulation from Nautiplast, chillers from PM Refrigeracion, and fish conveyors and a washing bin supplied by Be-Inox.

Huafeng 827 will soon begin operating out of its home port of Mar del Plata. It will be used to catch various species but will primarily fish for Argentine red shrimp, squid, and hake for export to the US, Europe, and the Far East. 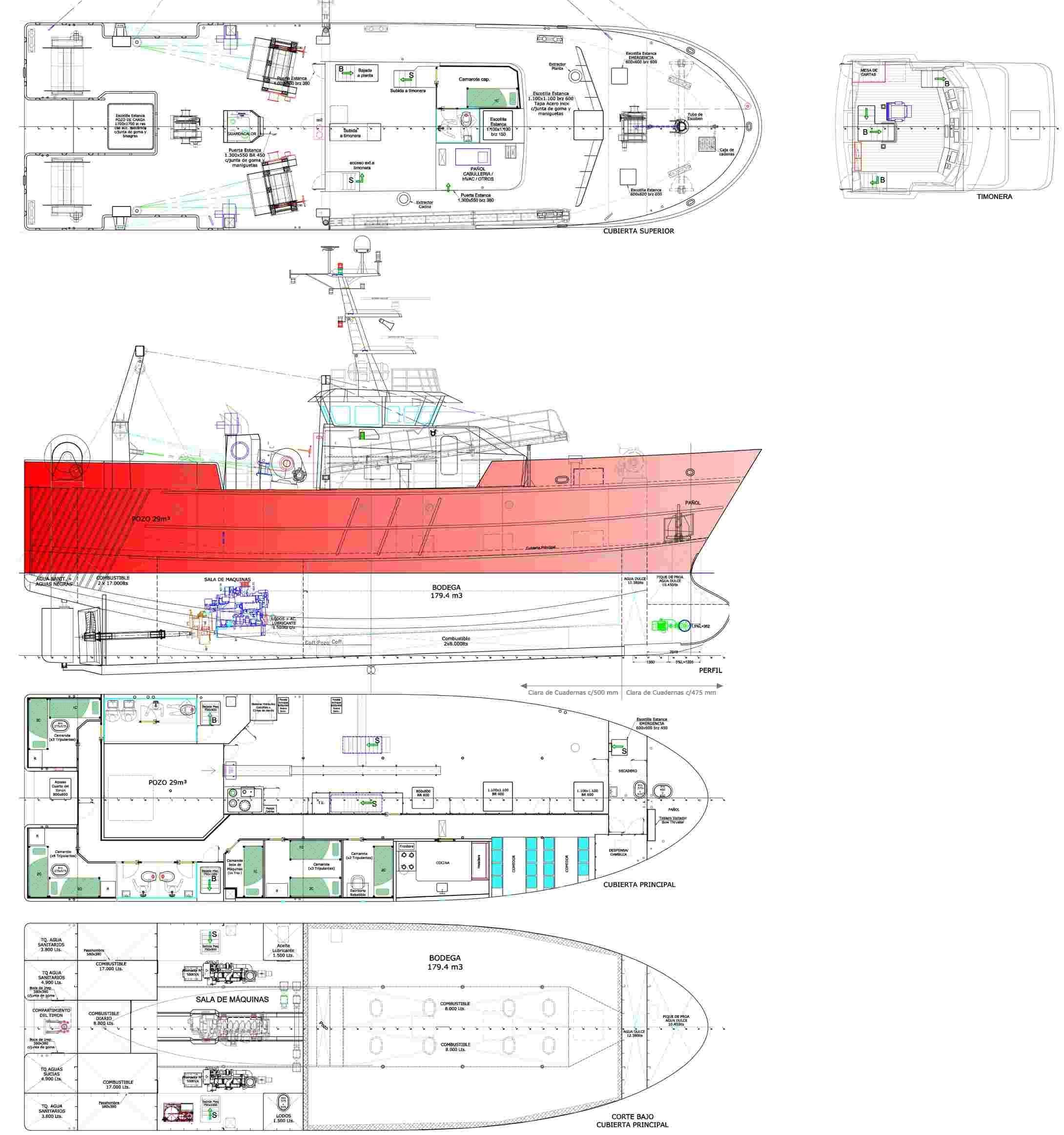