Damen Maaskant Shipyards Stellendam has handed over a new beam trawler to Rederij Long Ships, a family-owned fishing company that has been operating in Flemish waters since 1934.

Damen said the trawler, which has been named Franson, is of a new Bureau Veritas-classed design that features the maximum tonnage and length permitted by the Belgian Maritime Inspectorate. The vessel has also been further modified to ensure a 12 per cent increase in bollard pull during trawling, which is just one of the steps towards achieving the owner’s goal of reducing total fuel consumption over time.

The newbuild also boasts a highly ergonomic interior layout and accommodation spaces that guarantee improved comfort. These attributes were incorporated to make it easier for the eight-strong crew to operate for days out at sea.

The captain and the chief engineer are each housed in single cabins while the remaining six crew have three double cabins available to them. Other crew facilities include a galley, a mess, and a communal sanitary room and toilet on each deck.

Franson has a length of 37.95 metres, a moulded beam of 8.5 metres, a draught of 5.8 metres, and a gross tonnage of 385. The vessel’s hull was built in Gdansk in Poland and later transported to Damen Stellendam in the Netherlands for final outfitting.

The vessel can sail at a maximum speed of 10.7 knots and a cruising speed of just above eight knots, thanks to an Anglo Belgian Corporation 6DZC diesel engine that drives a fixed-pitch propeller via a Reintjes gearbox. A 90kW bow thruster has also been installed to ensure enhanced manoeuvrability.

The vessel’s main fishing equipment consists of two 10-drum winches while the catch processing deck is fitted with conveyor belts, chutes, an automated weighing system, flake ice machines, and a 200m³ chilled hold with capacity for 900 fish boxes that weigh 40 kilograms each.

Franson will be used to fish year-round in the waters of the North Sea and the Skagerrak as well as in the Bay of Biscay during the summer months. The latest addition to the Rederij Long Ships fleet will replace Francine, an older vessel being operated by the same owner. 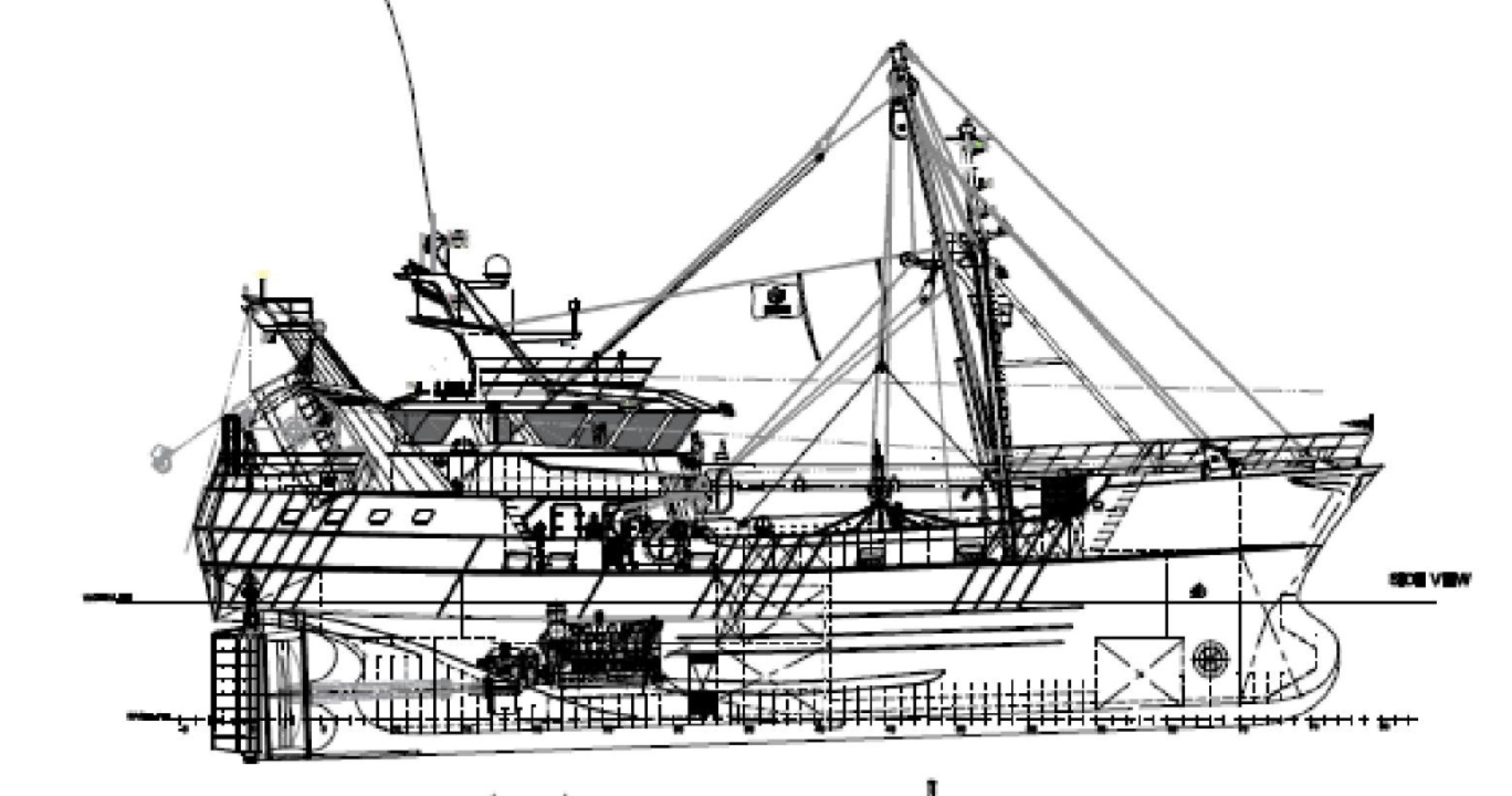