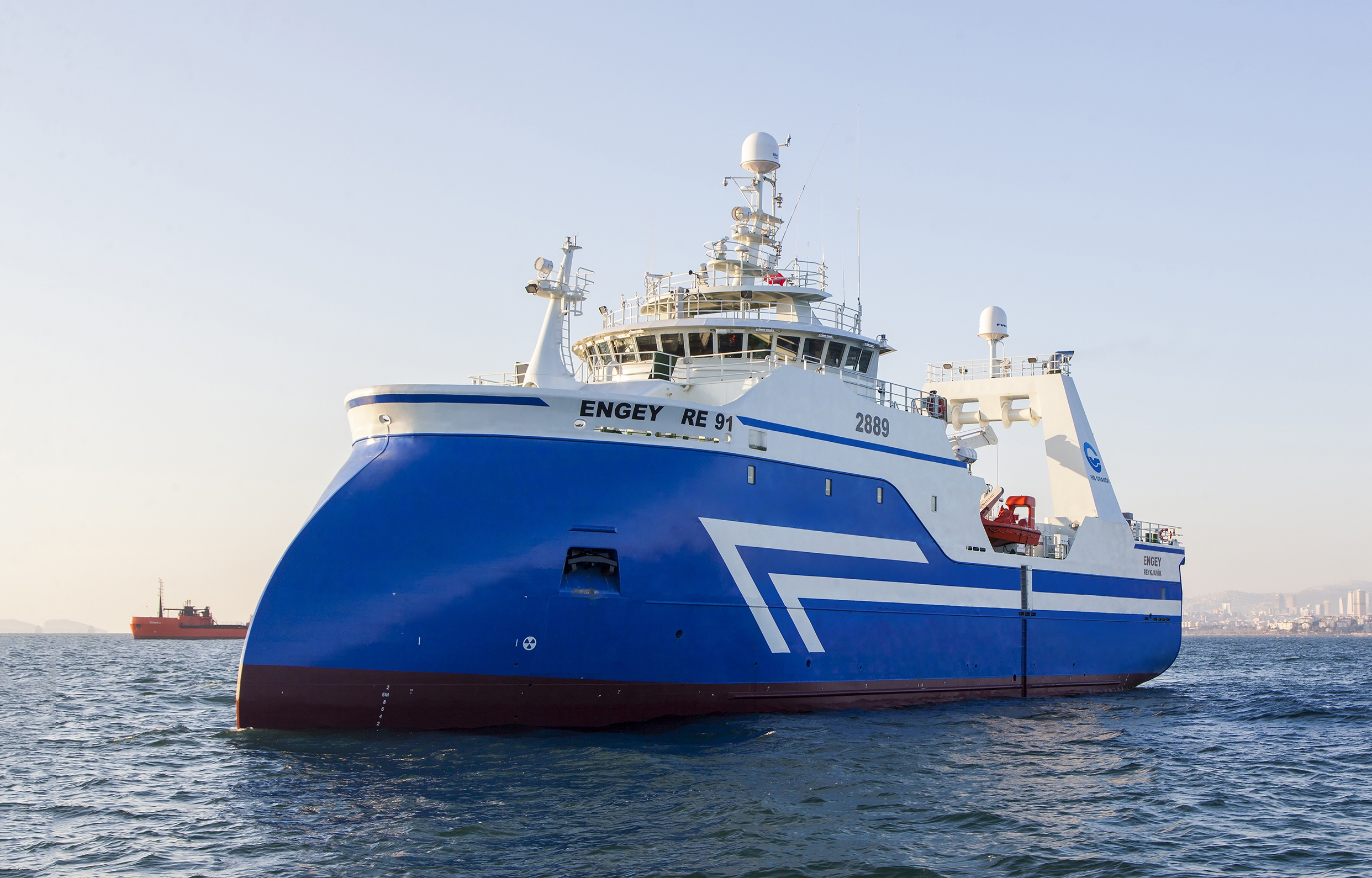 Soon to arrive in Reykjavik, in time for the northern summer, is the 55-metre steel fishing trawler Engey RE91 from Turkish yard Celiktrans. Built to handle the rough and cold conditions of the Arctic and North Sea, she will be capable of not only catching fish, but processing it aboard as well.

The stern trawler is set up for bottom trawling with a comprehensive set of fishing gear installed. Two 210kW towing winches are equipped, as is a 30kW cable winch. A pair of 55kW Gilson winches are sufficient to pull aboard even the biggest catches whilst a 130kW net drum keeps the fishing nets stored neatly for quick redeployment. Four 55kW sweeplines are available for use during trawling operations.

The vessel features a single massive refrigerated fish hold with a capacity of 905m3 where the catch is stored fresh on ice in plastic tubs. Two bycatch tanks of 20.4m3 each are located towards the bow. 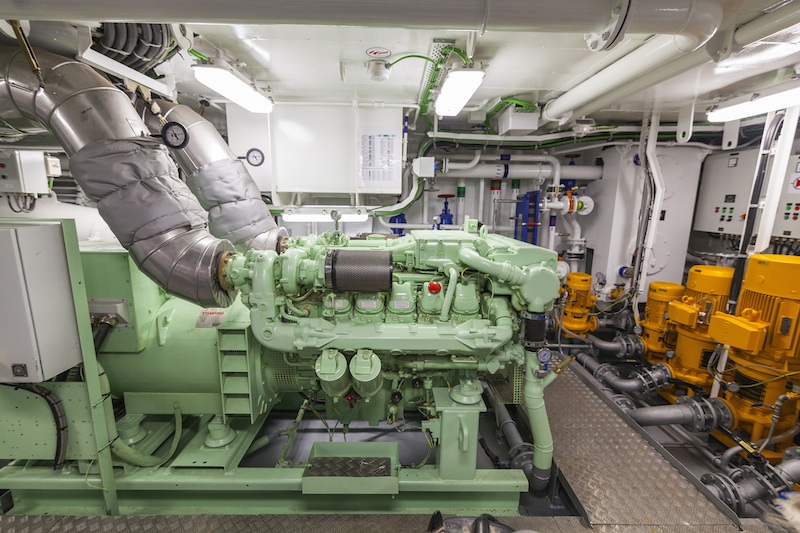 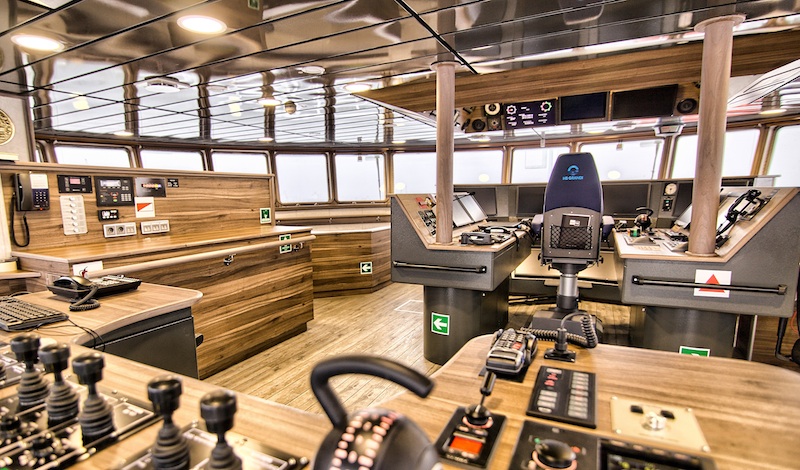 Accommodation is of a very high standard, with crew expected to remain indoors for the major part of any fishing voyage thanks to less than hospitable environment outside. The captain and four officers have mini-suites that feature large L-shaped lounge sets and desk areas along with single beds and private ensuites. Ten other crew are accommodated in single berth cabins, also with a smaller lounge and desk each, and sharing a toilet and shower between two cabins.

A two berth cabin is available below the bridge deck for visiting fisheries officers. On the same deck are a gymnasium and a large sauna for off-duty crew. The mess and recreation area features plenty of comfortable seating and lots of large windows, along with large TVs to keep up to date with the outside world.