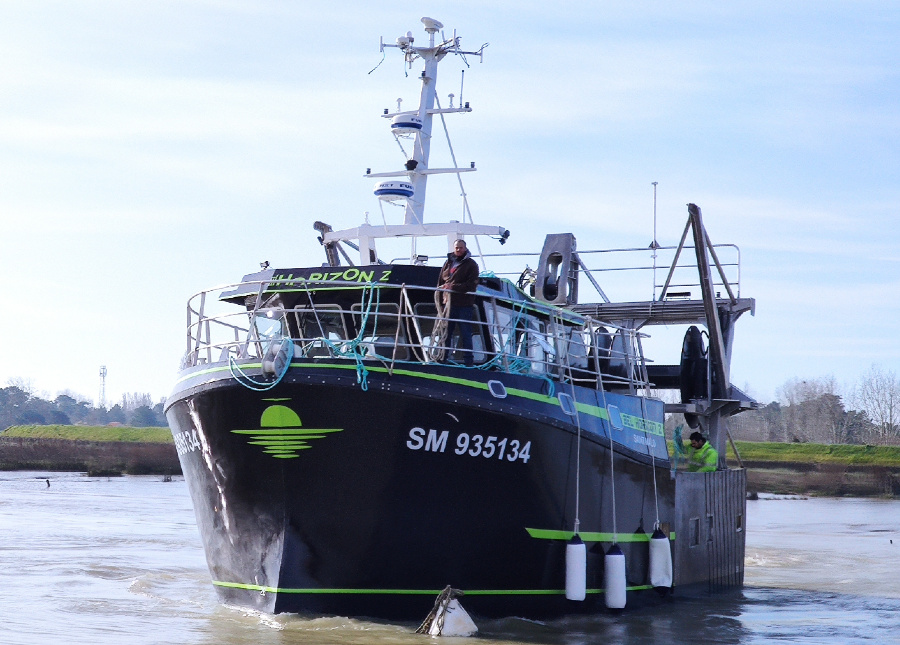 Armement Bel Horizon, a fishing company based in the town of Plouha in Brittany, recently welcomed a new vessel to its fleet.

Bel Horizon 2 was designed by naval architects Coprexma and built by L’Aiguillon-sur-Mer shipyard Plasti Pêche in response to owner Yann Le Cornec’s request for a vessel with a minimum service life of 15 years to help in the fulfilment of his company’s long-term goals. The Bureau Veritas-classed vessel has an LOA of 12.98 metres, a beam of 6.51 metres, and a displacement of 97.15 tonnes at full load.

“Bel Horizon 2 is just like our other vessel design projects in the sense that they are intended to be versatile enough to be capable of different fishing methods,” Coprexma designer Laurent Lelarge told Baird Maritime. “We ensure that they are able to adapt depending on available resources, fishing areas, and even market and regulatory changes, but we also keep in mind to design them in such a way that reselling won’t be a problem should the owners later on decide to let them go.” 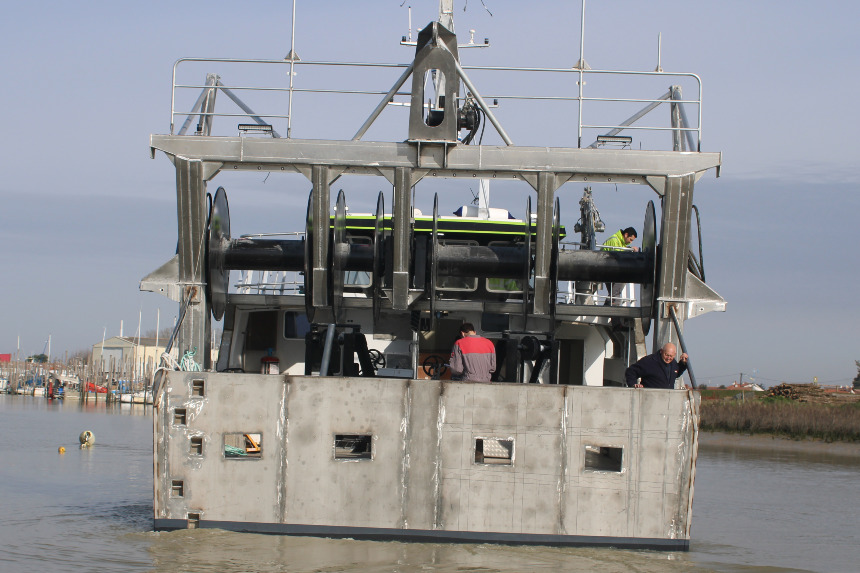 Lelarge went on to explain that, since the many different types of fishing equipment are of varying sizes and weights, it was crucial for Coprexma to come up with vessel designs that can accommodate whichever equipment was appropriate depending on the targeted fish species in a given area. Bel Horizon 2 is thus equipped with several trawl nets supported by three trawl winches, a Gilson winch, a net drum, basket-equipped wheel dredges, and a freezer hold that can accommodate up to 150 catch trays. Nonetheless, the vessel is designed to also accommodate other equipment such as crab pots should these become necessary.

“Even with the array of equipment, we designed the vessel so that it can be operated by just two crewmembers. This, of course, necessitated careful placement of all hydraulic equipment so that these can be controlled from an operator’s station located just aft of the wheelhouse.” 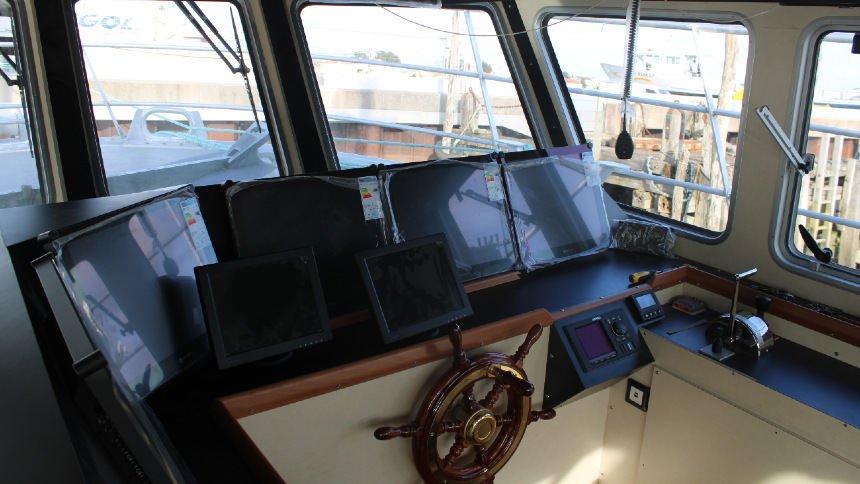 Besides the versatility, the owner also wanted better living and working conditions as well as increased deck space. Accommodations include a captain’s cabin and a crew cabin with four berths. The captain’s cabin was placed directly underneath the wheelhouse mainly in compliance to local regulatory requirements covering fishing vessels that are over 12 metres long.

There are also a fully equipped galley with adjacent mess and a toilet with shower, which are important amenities considering the vessel’s typical operating profile will see it spend up to a week out at sea during each fishing trip.

“The yard built the hull from an existing mould base on which many modifications have been made, including a widened stern and a custom-designed bow,” added Lelarge. “The hull itself was also modified to provide greater stability even with the increase in both foredeck area and waterline. Fortunately, the use of FRP in the construction allows for greater flexibility as regards hull shaping, in addition to ensuring increased strength.” 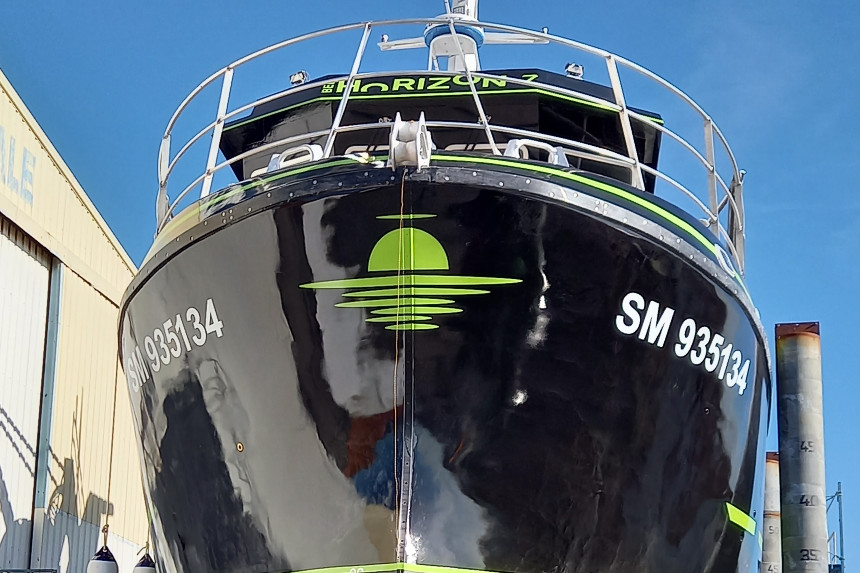 Lelarge, however, admitted that installing a crane on the upper deck proved quite a feat considering the vessel was made of FRP instead of the more traditional steel.

“The overall centre of gravity needed to be kept as low as possible,” the designer told Baird Maritime, “and we achieved this by the distribution of volume to maintain stability.”

The FRP construction also posed challenges due to its inherently being more difficult to modify or repair, and this compelled Coprexma to devote the initial stages of the design process to identifying areas where reinforcements are necessary to allow the installation of essential equipment. The use of 3D modelling aided further in this regard by showing the owner the most ideal installation areas for certain equipment, thus providing a better idea of what the layout would look like once the boat is completed.

“We also spent time at the shipyard to observe the construction and even to board the vessel as it was being built. This enabled us to see which features should be improved upon as well as those that may be kept unchanged so that the finished vessel will be best-suited for the owner’s needs.” 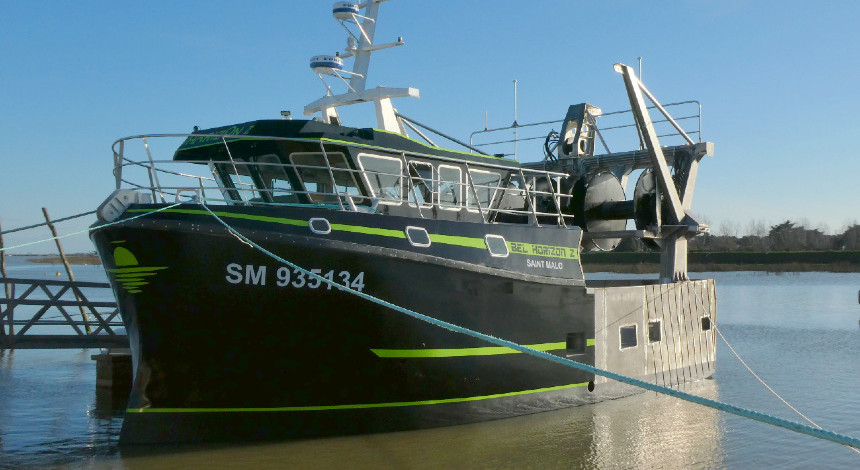 The propulsion setup includes a John Deere 183kW main diesel engine connected to a 1,850mm propeller via a Masson W3350 gearbox. The arrangement enables Bel Horizon 2 to comply with propulsion regulations that cover vessels that are licensed to catch shellfish in the English Channel just off Saint-Brieuc. A bow thruster has also been installed.

Onboard batteries supply power for the vessel’s electronics, which also feature full redundancy. 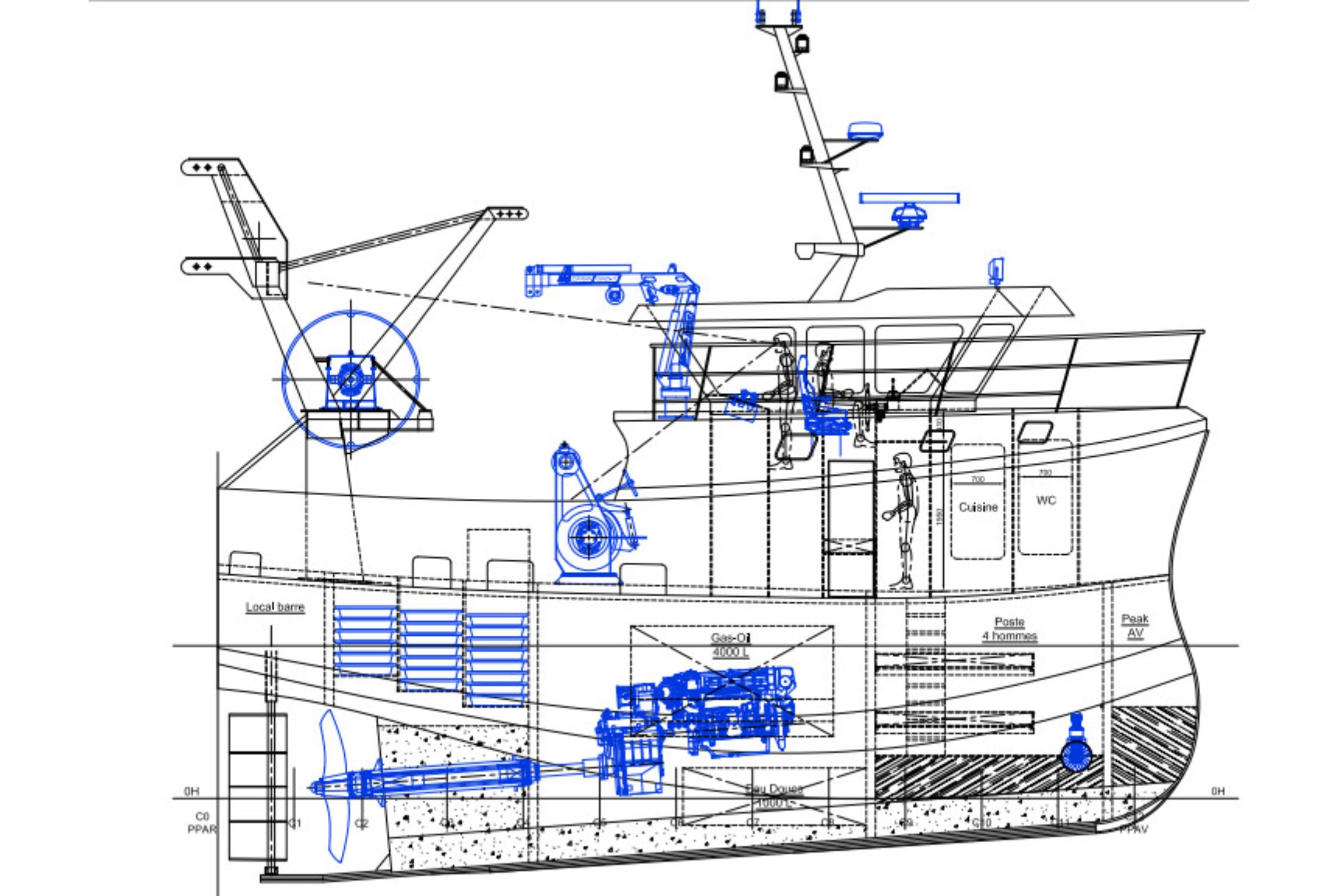