Damen said Avanti was developed in response to Devan owner Steve Depaepe’s requirement for a single highly efficient vessel to take the place of two older boats in his current fleet. As such, the vessel was built to be capable of both beam trawling and bottom trawling.

The Bureau Veritas-classed vessel is designed for significant hauling power with less fuel consumption and better seagoing properties due to reduced drag in the water. The design of the newbuild spans the maximum length and tonnage allowed by Belgian maritime regulations. Specific modifications were also incorporated to make the vessel specially suited to its owner’s fishing methods.

Avanti has a length of 37.95 metres, a moulded beam of 8.5 metres, a depth of 4.7 metres, a gross tonnage of 385, and a total installed power of 1,000 kW courtesy of an Anglo Belgian Corporation 6DZC engine. The engine drives a 3,600mm fixed-pitch propeller via a Reintjes gearbox while an NACA rudder and a 90kw bow thruster are also fitted.

The vessel also has an imprinted anode system on board, eliminating the need for anodes on the hull. This has the main effect of reducing drag.

New and unique on this fishing vessel is the use of a cold room instead of refrigerators for provisions. The chilled fish hold meanwhile has a total capacity of 200 cubic metres. The other catch processing equipment includes conveyor belts, chutes that lead to the lower deck, an automated weighing system, and flake ice machines.

Accommodations are available for up to eight crewmembers. The captain and the chief engineer are housed in single cabins while three double cabins will be used by the remaining six personnel. Other crew spaces include a galley, a mess, communal sanitary rooms, and toilets.

Power for the electronics, which also include an area A2-compliant GMDSS, is supplied by a pair of 280kW generator sets.

The trawler’s hull was built and launched in Gdansk in Poland and then finished in Stellendam. Damen claims the vessel was finished within the agreed timeframe despite challenges imposed by the Covid-19 pandemic. 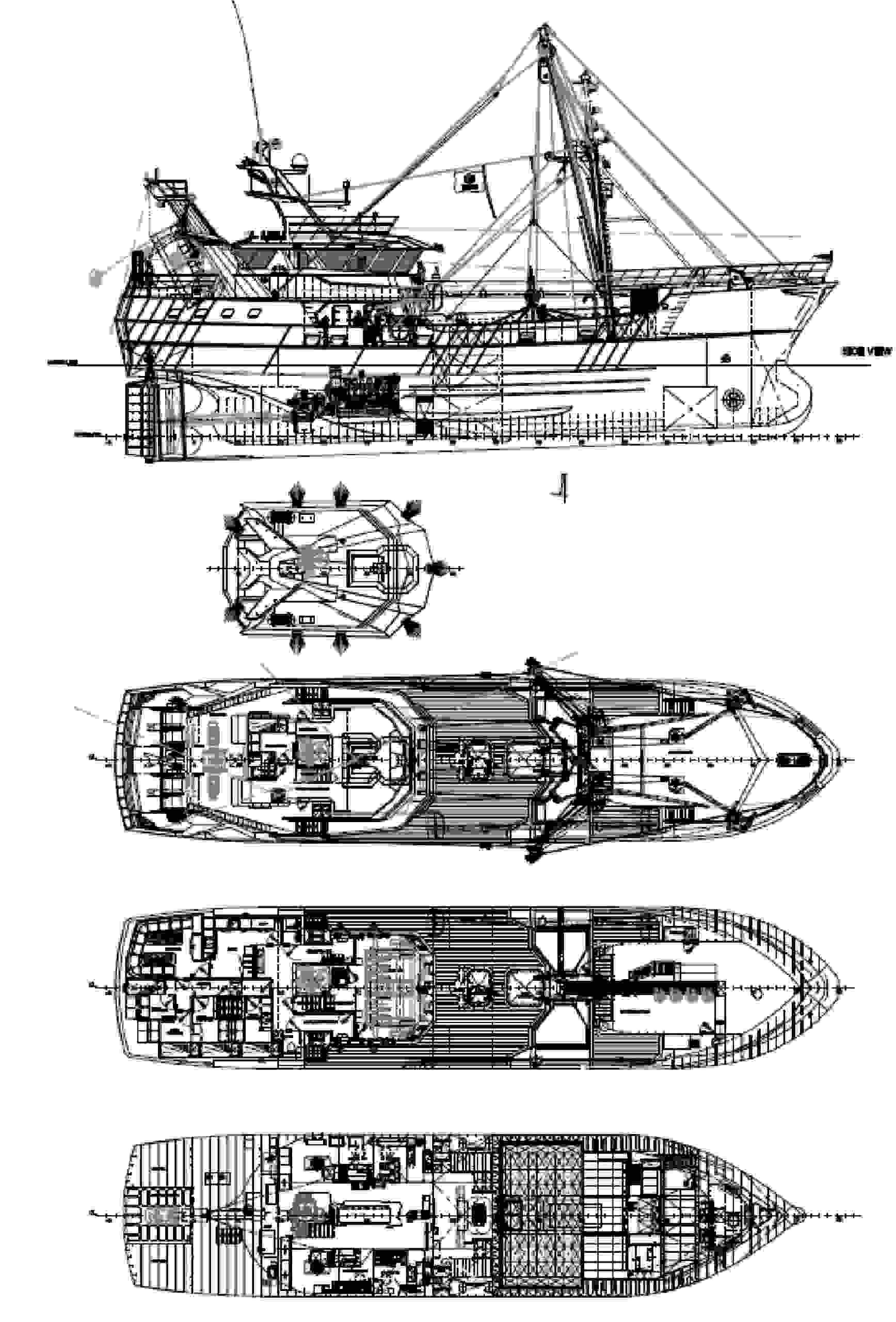