Written by Baird Maritime on November 11, 2019. Posted in Trawling World. 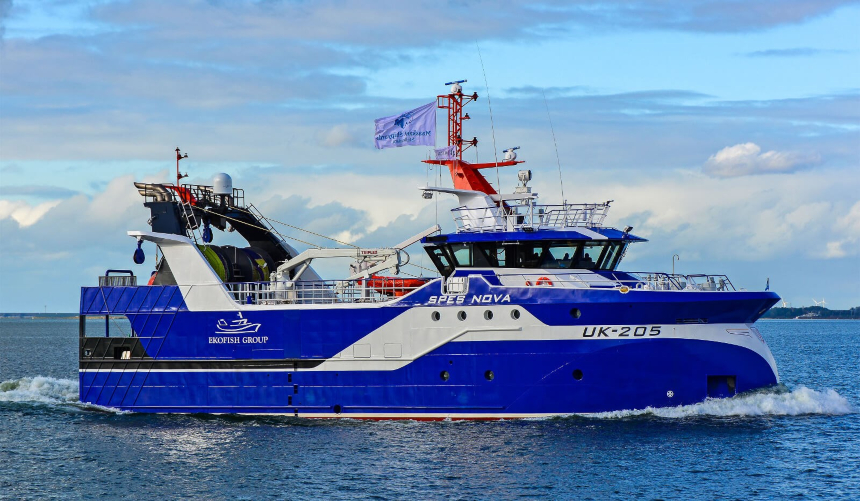 Spes Nova is the first in a series of two fly-shooters/twinriggers designed by Van der Zwan subsidiary Ekofish Group in collaboration with Damen and Vripack Naval Architects.

Spes Nova was put through classification tests in the third week of October, followed by North Sea fishing trials that same month, before returning to Stellendam for final touches in preparation for its christening. The ship will soon begin its duties fishing for flatfish such as plaice, cod, and turbot.