Written by Baird Maritime on November 10, 2017. Posted in Trawling World. 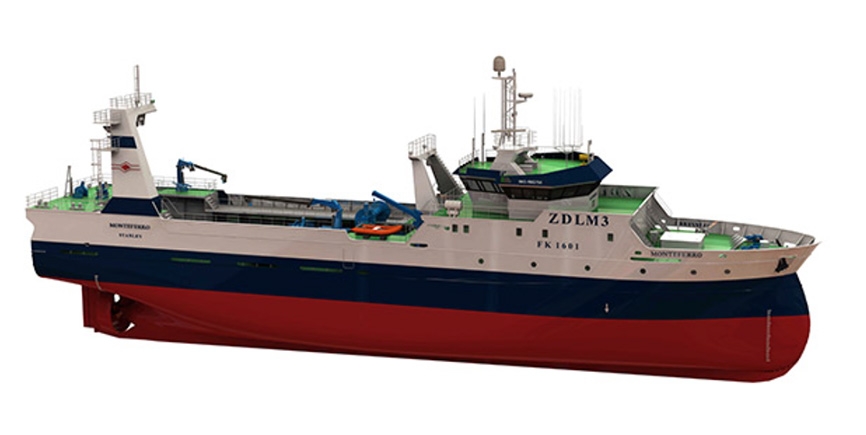 A newbuild factory trawler designed to catch squid near the Falkland Islands has been launched at Nodosa Shipyard in Spain.

The 67-metre-long Monteferro, with semi-inverted bow, was built for joint venture company Kalamar, which is owned by Falkland and Spanish interests.

She accommodates 44 crew in two-berth cabins.

The factory deck has eight blast freezers with a 67-tonne daily production capacity and Monteferro has a 1340-cubic-metre refrigerated fish hold.