Written by Baird Maritime on May 17, 2018. Posted in Trawling World. 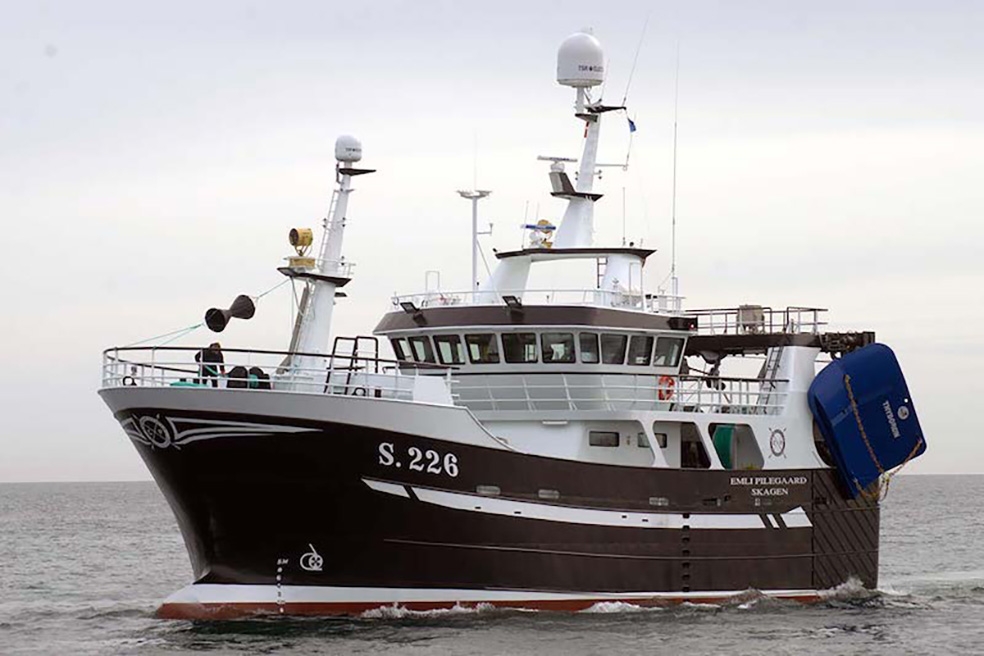 Named after his two daughters Emmely and Lilly, the 28-metre by 8.4-metre beam shrimper Emli Pilegaard accommodates a crew of six.

Designed by Vestværft, the half-completed hull of Emli Pilegaard was towed from Riga to Gdynia, Poland to be finished, before being brought to Thyborøn to be fitted out by Thyborøn Skibs and Motor.

Emli Pilegaard is powered by a 746kW Cummins main engine.

The twin rig achieves a spread of 160 metres between the doors.