Written by Baird Maritime on September 25, 2017. Posted in Trawling World. 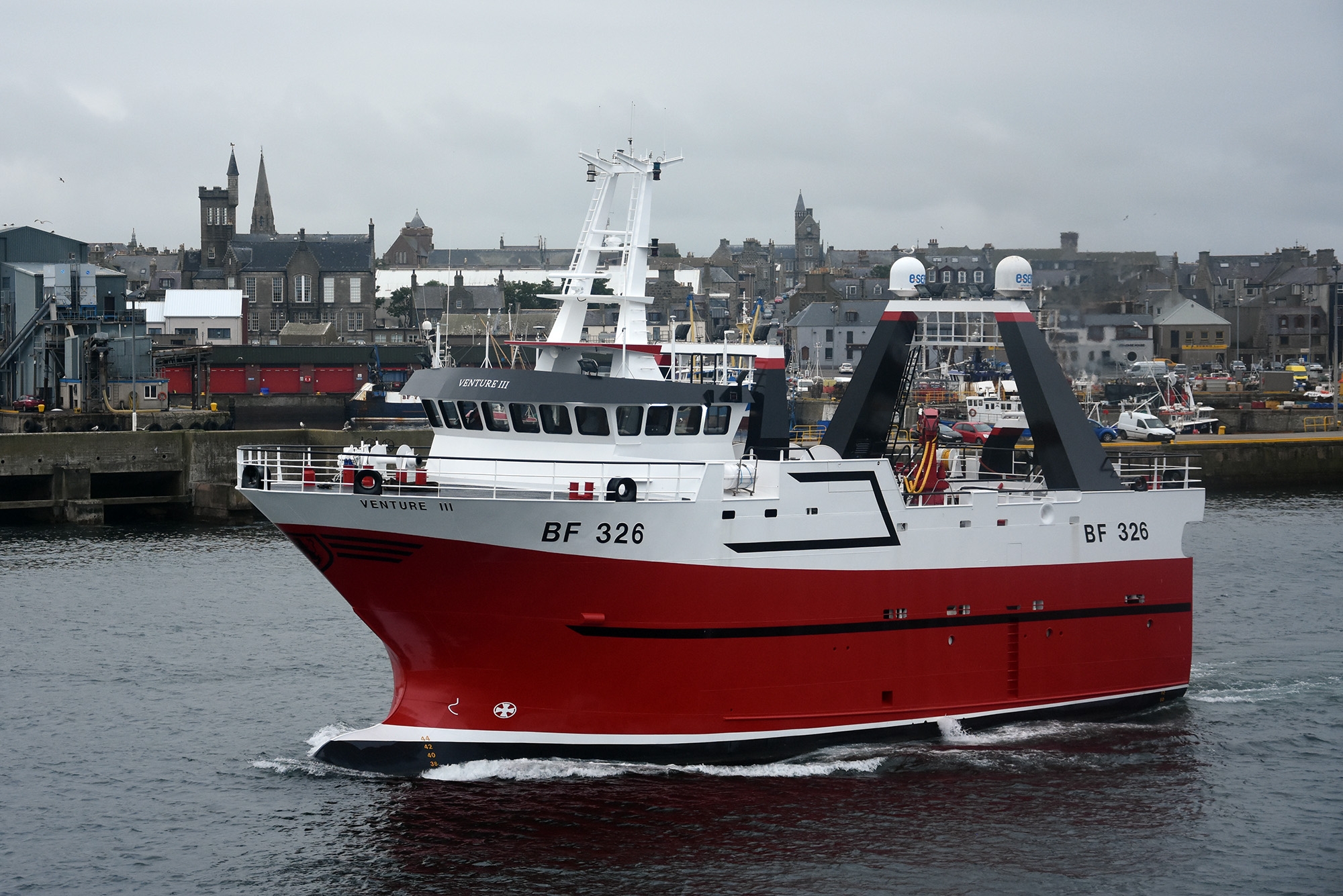 Macduff Shipyards has just completed its largest fishing vessel to date for Mark Lovie from Whitehills, UK. The Venture III is a replacement to Mark’s previous vessel, the Venture II, which was built by the yard in 2001.

Unlike the Venture II, which was of a traditional Scottish layout with the cod end gilson forward on the starboard side, Venture III is designed with fishing activities focused at the transom with two stern ramps for bringing the catch on board and a large hopper immediately forward of these.

The design of the vessel was largely based on the successful Endeavour IV, which was also built by the yard for Mark’s brother in 2009, but features some subtle alterations to suit the owners chosen arrangement and deck machinery package. 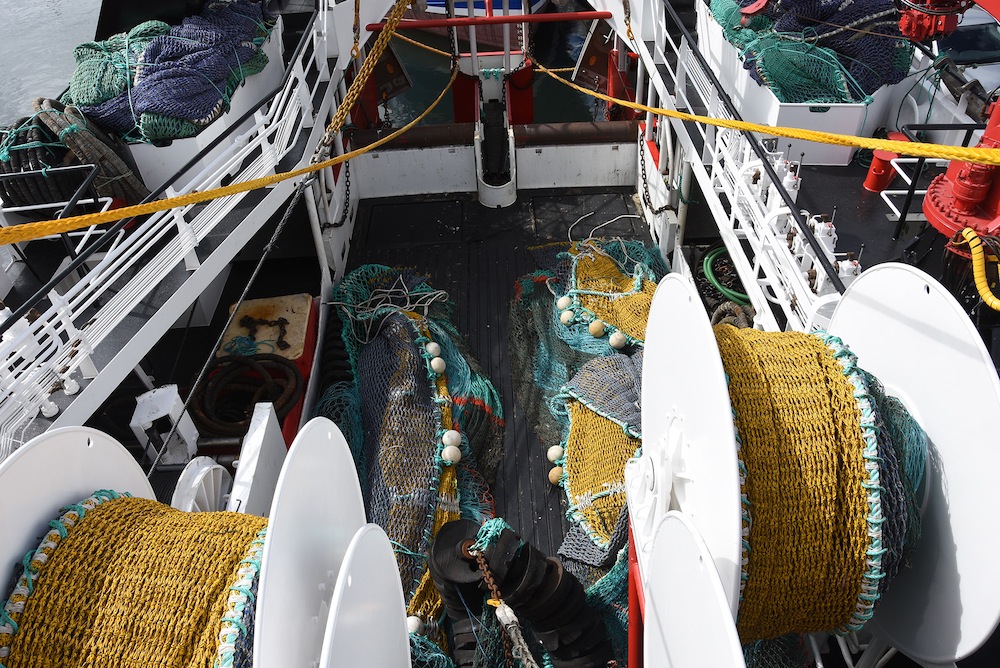 The most significant design difference between the two vessels is the rudder and trawl block arrangement. Mark was keen to retain the turning performance during towing of his previous vessel which had its trawl blocks located forward of the rudder and at the ships side, despite the fact the trawl blocks on the new vessel were to overhang the transom and be aft of the rudder.

Together with Mark, the yard designed a system with a combination of a fixed nozzle and triple rudder which would produce high turning power and a movable trawl block arrangement which allows each block to be moved up to 1,200mm longitudinally from there stern position by remote controls fitted in the wheelhouse.

The hull form of the vessel is of round bilge with a large bulbous bow, flared stem, has the full beam carried right to the stern and has three separate decks. A ballast box keel is fitted along with deep “V” bilge keels to dampen transverse roll.