Written by Baird Maritime on May 8, 2018. Posted in Trawling World. 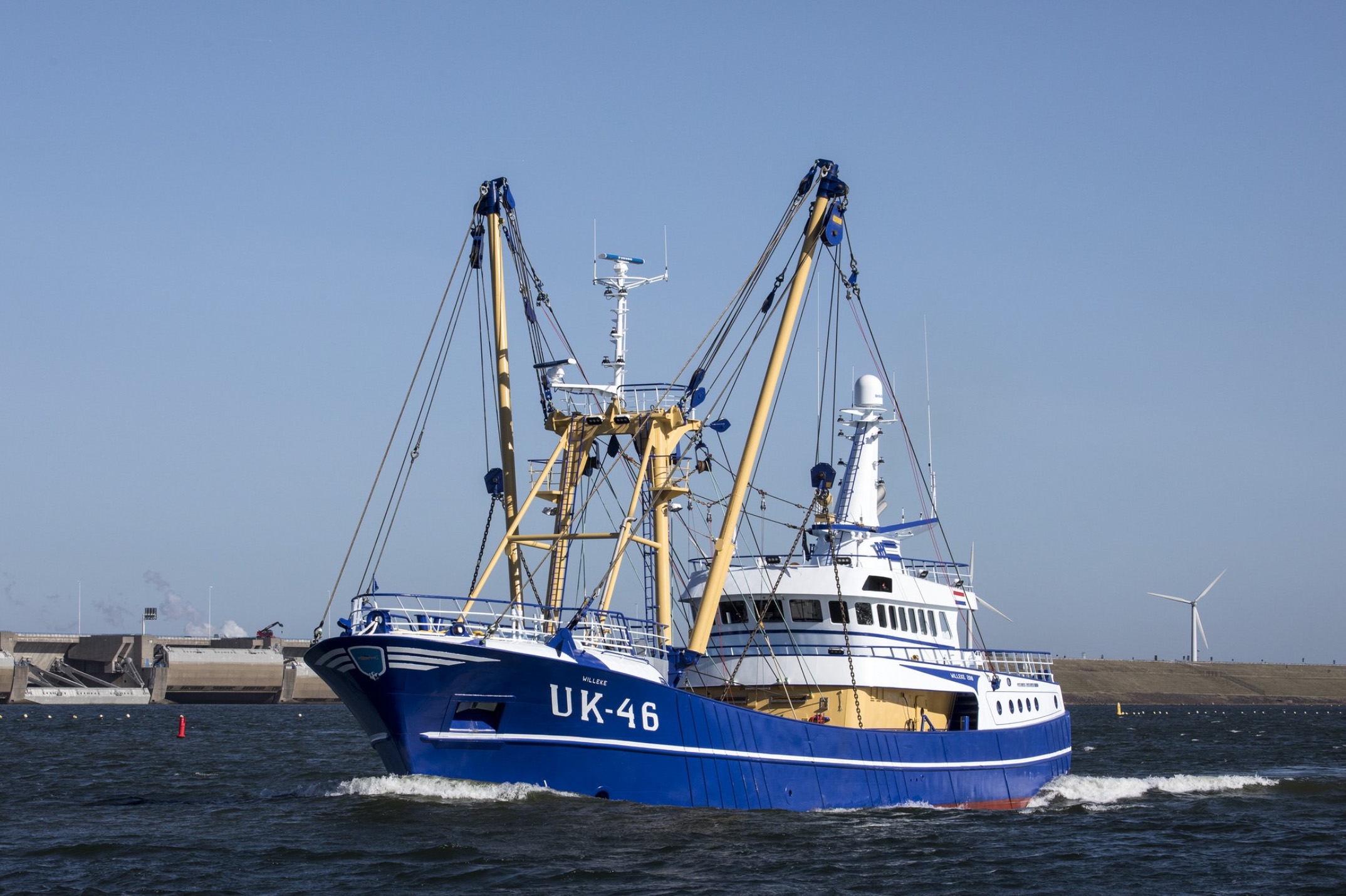 Netherlands-based Hakvoort Brothers has accepted delivery of a new beam trawler for operations in the North Sea.

Built by Damen Maaskant Shipyards Stellendam, the 41-metre vessel UK 46 has been fitted with a Maaskant fishing winch and twin 3.6-metre-diameter Optima nozzles to deliver improved thrust ahead and astern.

Beam trawlers use outrigger booms to tow two trawls, one on each side.

They are commonly used in the North Sea to catch shrimp and flatfish.