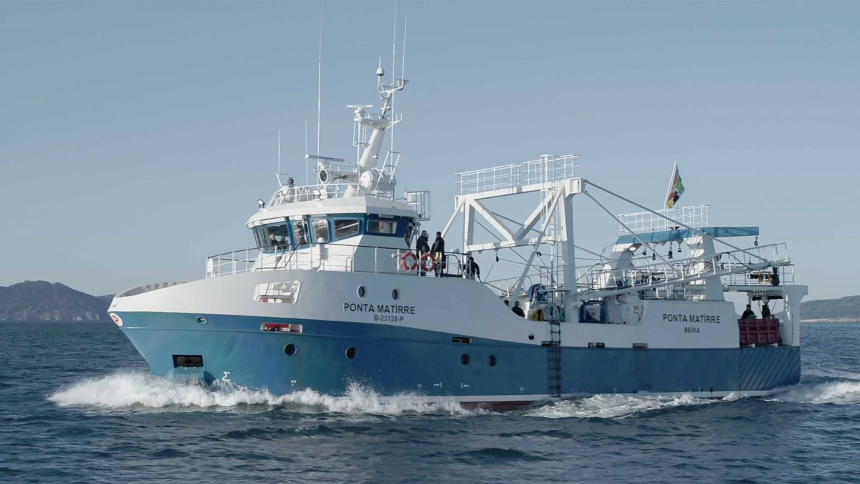 Ponta Matirre, the first of four new freezer trawlers in a series built by Armon Shipyard for Spanish seafood company Nueva Pescanova Group, has set sail for Mozambique where it will be used for prawn fishing.

The BV-classed vessel will be operated by Pescamar, Nueva Pescanova’s Mozambique subsidiary. It has a length of 32 metres and accommodations for 22 people.

The trawler is named after an area in the Sofala Bank offshore Mozambique known for being a fishing ground for wild prawn.