Written by Baird Maritime on January 4, 2018. Posted in Trawling World. 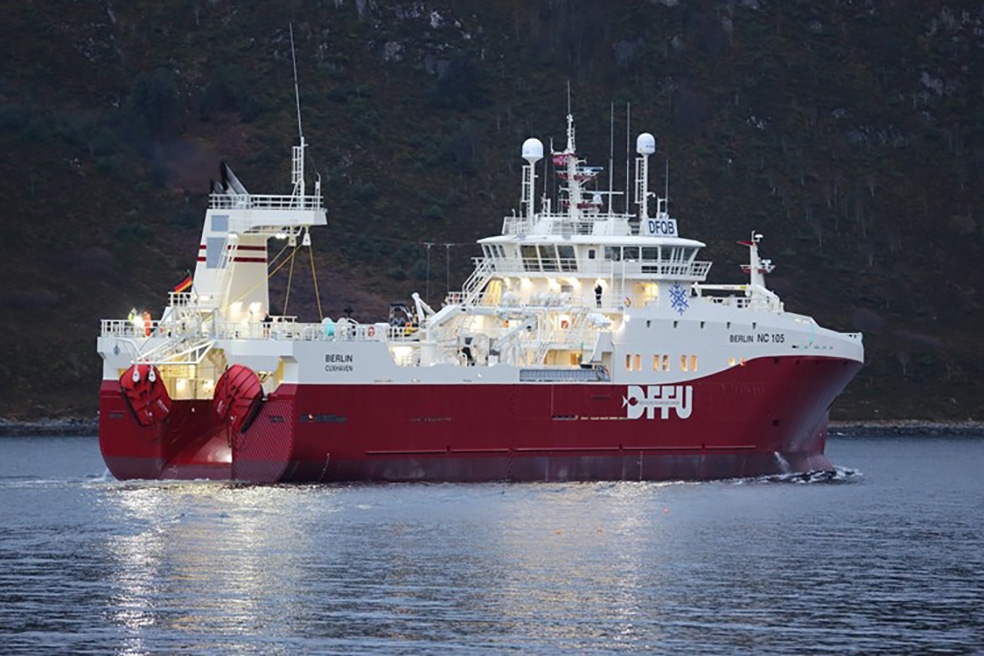 The second of two new Rolls-Royce-designed freezer trawlers has been put into service by Deutsche Fischfang Union (DFFU) in Germany.

Built by the Kleven yard at Myklebust, Norway on hulls fabricated at the Crist Shipyard in Poland, Berlin NC 105 has set sail on its first trip.

Built to s Rolls-Royce wave-piercing design with a 16-metre beam, the trawlers include the 3,600kW main engine, 1,843ekW auxiliary engine and a 540ekW Scania auxiliary engine.

The ship’s factory deck was designed and constructed by Slippurinn and Optimar in Norway.

Its fish-processing machines are from Vélfag and Marel. The refrigeration system is from Kaelismidjan Frost, and the fishmeal factory was manufactured by Héðinn.