Written by Baird Maritime on May 18, 2018. Posted in Trawling World. 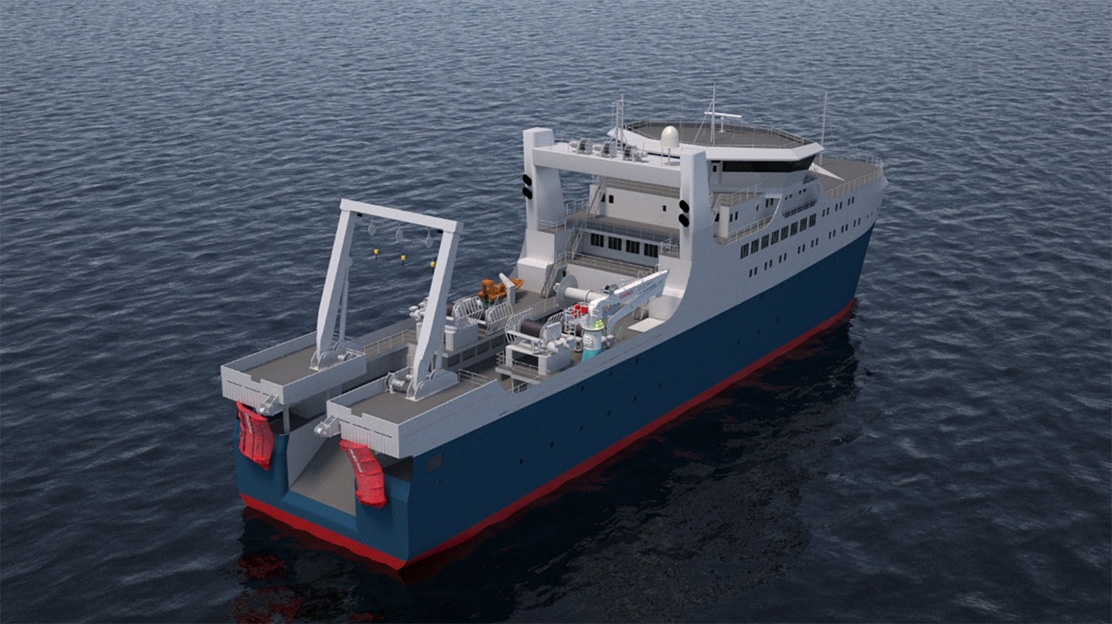 Rethinking the little-changed stern trawler layout commonly known as the Norwegian design, naval architect Marni Olsen said the team focused on construction of the hull, including trim, draught and ballast, the engines and propulsion system, the arrangement aft on the trawl deck, cargo hold, including accessibility and working conditions, stairways and accommodation quarters and engine room arrangement.

“The evaluation of the original design, construction, components and technology led us to conclude that improvements can be made and are needed,” Mr Olsen said.

Ushering in a design of “simplicity and functionality”, the team placed the engine room on below deck 1 and the cargo hold on deck 1. Above it was the factory (deck 2), trawl deck (deck 3), accommodation on decks 4 to 6 (including mess-room, galley and saloons on deck 5) and the bridge on the upper deck.

“Having the cargo hold and engine room separated on the lower decks for the full length of the vessel generates the changes of the entire layout,” Mr Olsen said.

The deck area in the cargo hold is more than double the size of the deck area in a traditional trawler layout. It also gives a practical working height comparable to a refrigerated container, improving working conditions and safety during fishery and when unloading.

The traditional gallows and outhauls on the trawl deck are replaced with a single hydraulic A-frame on top of the lifted deck. From this position it can, due to the opening in the upper deck over the trawl slip, cover the area from behind the stern to the aft end of the trawl lanes.