Written by Baird Maritime on December 5, 2017. Posted in Trawling World. 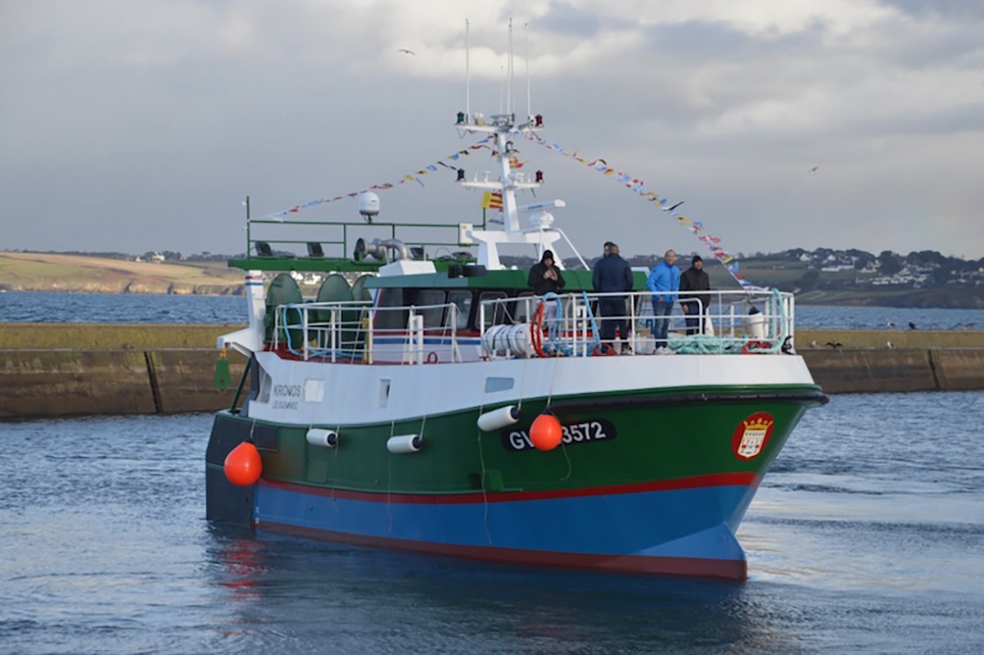 The second of a series of three Coprexma-designed trawlers for French fishermen has been launched at Douarnenez.

Built at the Chantiers Gléhen yard for Loctudy fisherman Stéphane Le Bec, Kronos is the sister vessel to Les Caraïbes II, which was delivered to Julien Le Brun in May. A third trawler in the series, Corail, is under construction.

Powered by a Caterpillar C18 main engine, Kronos is equipped with hydraulic equipment for handling fishing gear, a live well for storing langoustine on board during 48-hour trips, a 16-cubic-metre fishroom and a 10.54-cubic-metre fuel capacity. There is also tank space for 1,900 litres of fresh water.

Kronos sails with a crew of four.