Written by Baird Maritime on November 29, 2017. Posted in Trawling World. 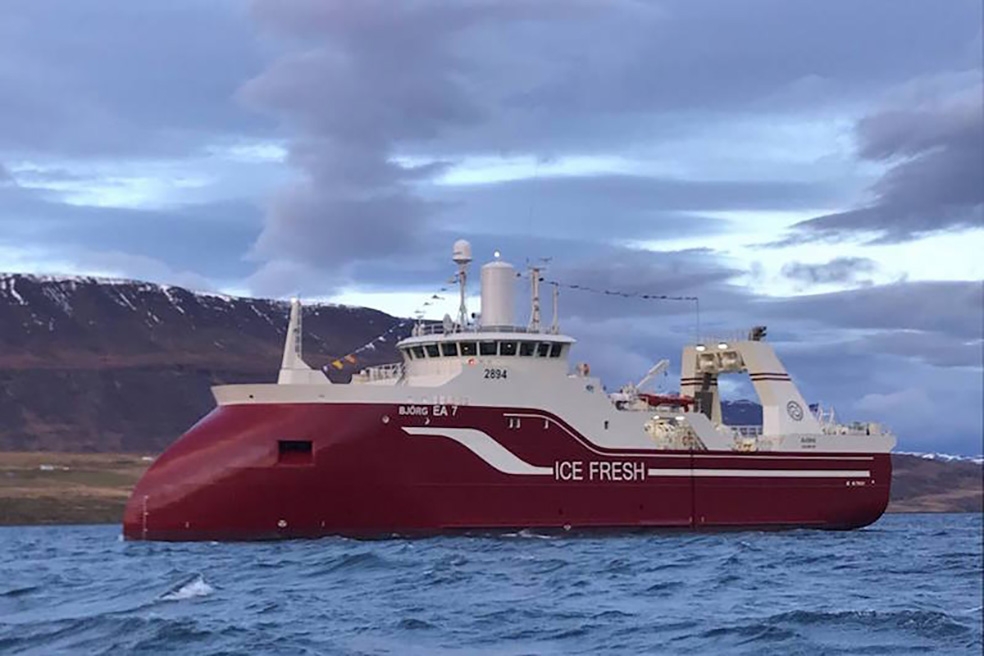 Processing and cooling equipment is being installed on Samherji’s newly arrived trawler after it was delivered to Akureyri, Iceland several weeks ago.

Björg EA-7 joins sister vessels Kaldbakur and Björgúlfu, which were built to the same 62.49-metre LOA by 13.54-metre specifications as Drangey was for FISK Seafood.

The series of four trawlers, which was designed by Bárður Hafsteinsson of Reykjavík naval architecture firm Skipatækni, was built at the Cemre yard in Turkey.

Each of the 2,080-tonne trawlers has a Yanmar 6EY26W main engine developing 1,620kW at 750rpm to drive a 3,800mm Caterpillar propeller inside a nozzle via a Reintjes reduction gear.

Each was delivered from Turkey with an empty catch handling deck.

Local contractors in Akureyri will install the equipment for sorting, gutting and handling catches.

Björg is expected to start fishing in the new year.