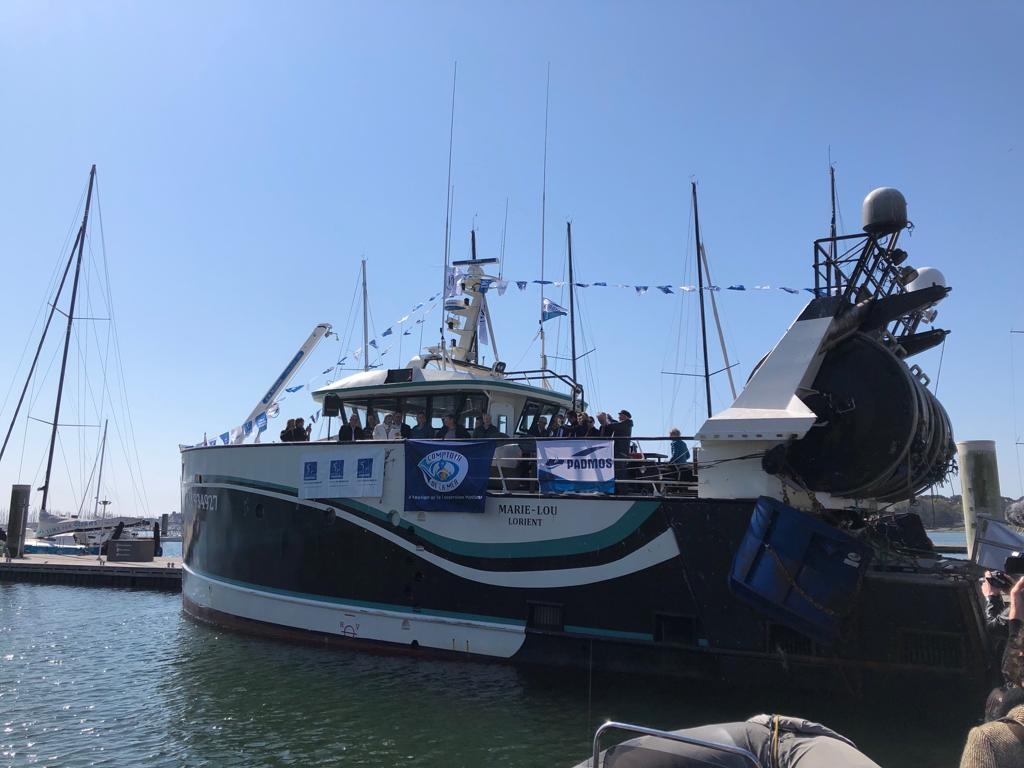 French fishing company APAK christened Marie-Lou, the newest addition to its seiner/trawler fleet, in a ceremony at Lorient on Saturday, March 30.

The 21.9-metre newbuild had already been operating out of Lorient in the weeks following its delivery in February by Netherlands-based Padmos.

Le Dolmen, the second and last seiner/trawler in the same series, will be delivered to APAK in May.