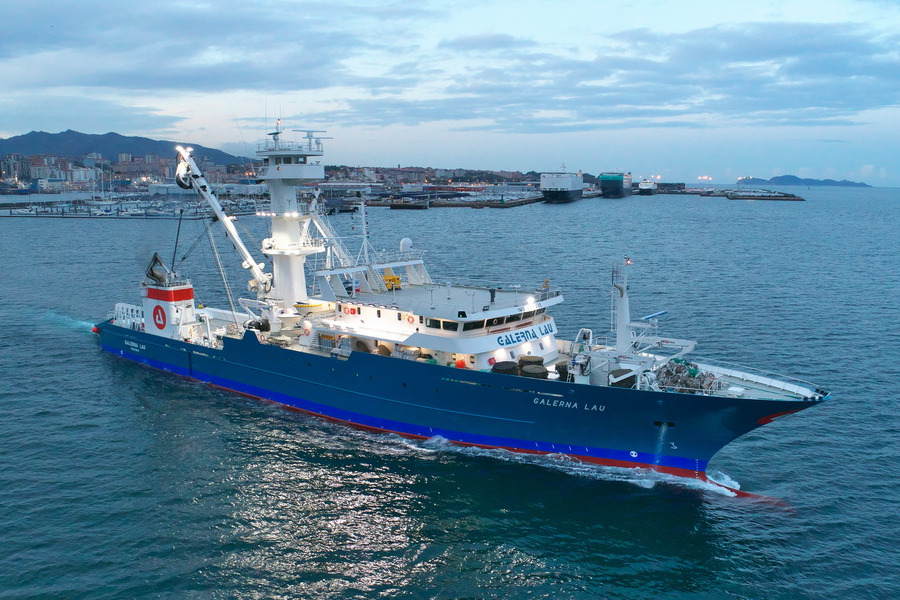 Spain’s Armon Shipyard has delivered a new combination freezer vessel and tuna seiner to Albacora Group, a local conglomerate which owns four seafood companies and operates one of the largest tuna fishing fleets in the EU in terms of total catch size.

With an LOA of 95.12 metres, a beam of 14.8 metres, and a gross tonnage of 3,700 tonnes, Galerna Lau (named after the Spanish translation of “gale”) is one of the largest vessels in the Albacora fleet. It is also the third freezer vessel to be supplied to the company by Armon after two slightly larger 95.7- by 15.2-metre near identical sisters, the 2013-built Galerna II and the 2015-built Galerna III. 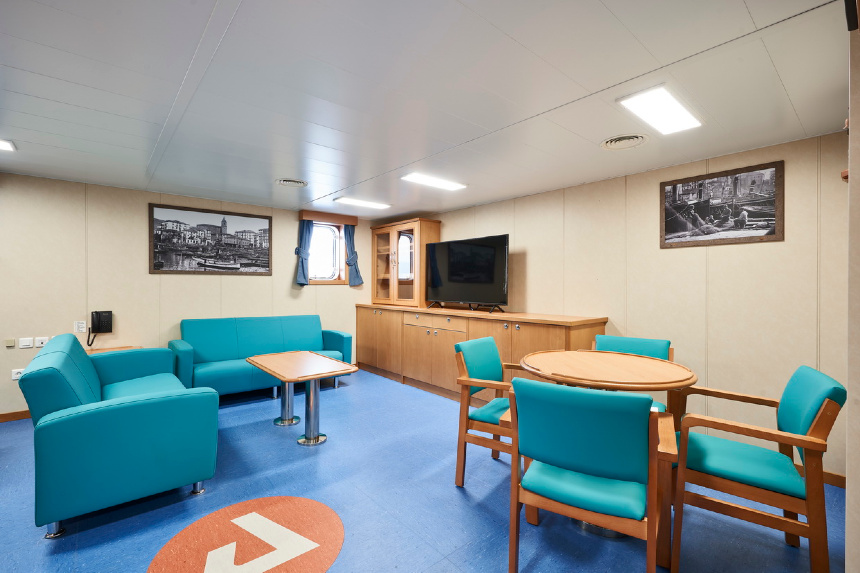 Galerna Lau also has a depth of 9.4 metres, a design draught of 6.3 metres, 22 freezer holds, and accommodations for 36 crew, which Albacora says is an adequate number of personnel for extended periods far from port. Onboard amenities include a mess with galley, a lounge area, and a medical bay. 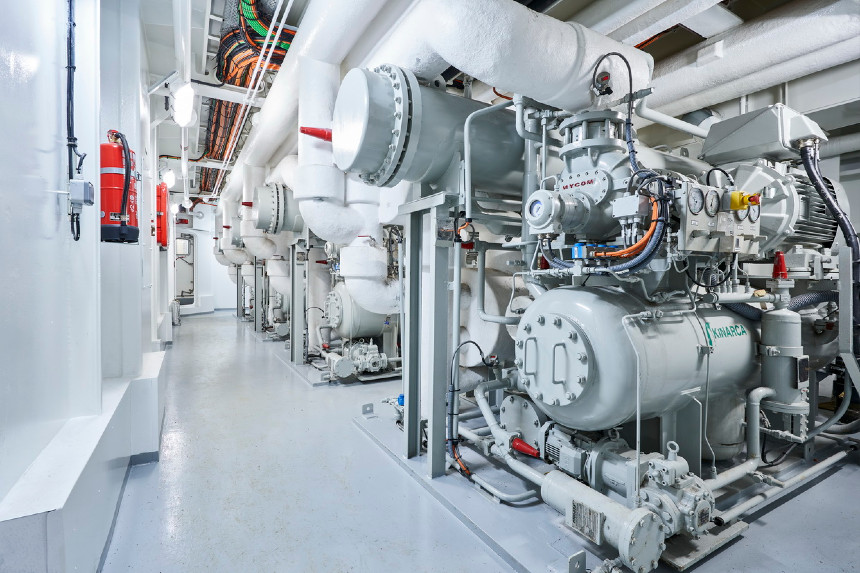 The propulsion system of the vessel comprises one Schottel SCP 109 4-X controllable-pitch propeller which has an input power of 6,000 kW as well as a propeller diameter of four metres. The controllable-pitch feature may be used in a wide range of operations, such as manoeuvring, berthing, and casting or hauling nets. Schottel claims that, in addition to propelling Galerna Lau to speeds of up to 20 knots, the system also boasts low maintenance requirements and helps reduce fuel consumption. Further, following Albacora’s announcement earlier this year that its entire fleet now uses 67 per cent less fuel compared to the average worldwide consumption, the propulsion system and the vessel itself are expected to enjoy longer service lives than most other similar vessels. 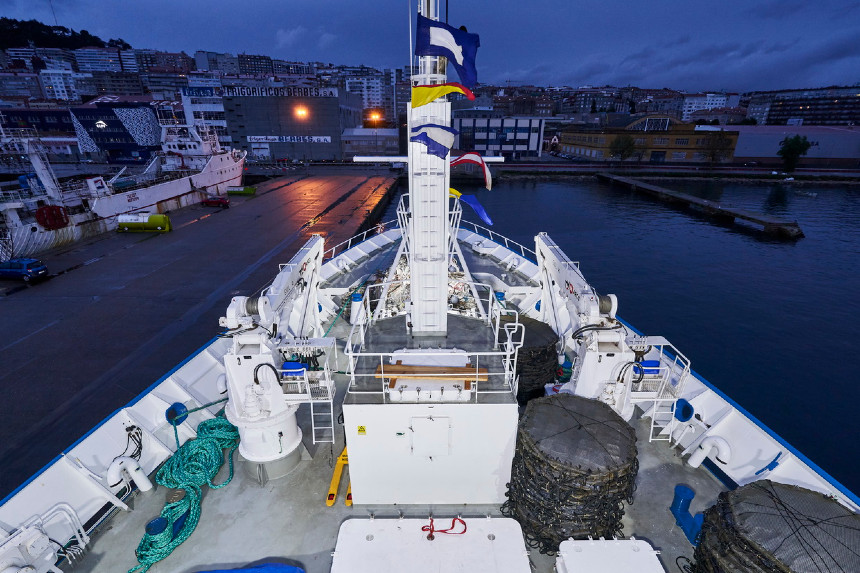 Much of Galerna Lau’s deck and fishing equipment and its entire hydraulic system was supplied by Marco Solutions, a subsidiary of Spanish industrial equipment specialist TH, which had also provided the hydraulic equipment for the older vessels Galerna II and Galerna III, while the electronic equipment was installed by Nautical. An IACS-certified integrated alarm and control system was provided by Main Solutions, another Spanish company. This system includes a workstation, five extension alarm panels, and control of over 450 channels which also covers remote control of the engine, generator, switchboard, and other peripherals. 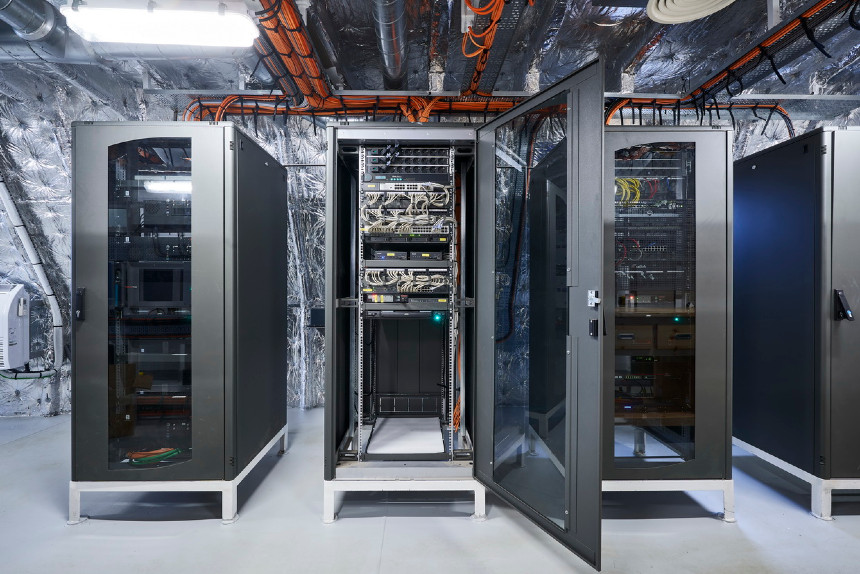 Galerna Lau was designed by Armon in collaboration with Spanish naval architecture firm Cintranaval. The trawler, which is jointly owned by Albacora and Panama-based Integral Fishing Services, currently sails under the flag of Panama and has already begun scouring the vast fishing grounds of the Atlantic, Indian, and Pacific Oceans for skipjack, yellowfin, and bigeye tuna along with some of the other vessels in the 18-strong Albacora fleet. 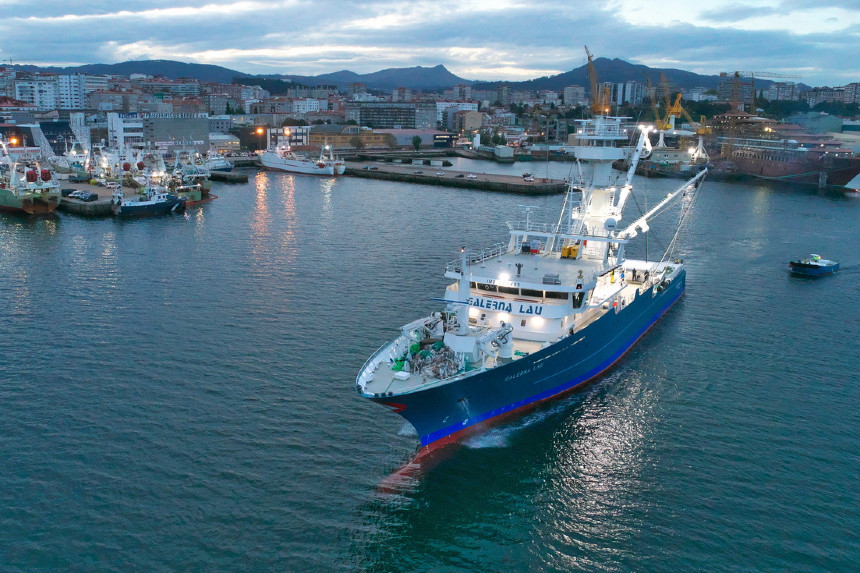