Written by Baird Maritime on January 16, 2018. Posted in Seining World. 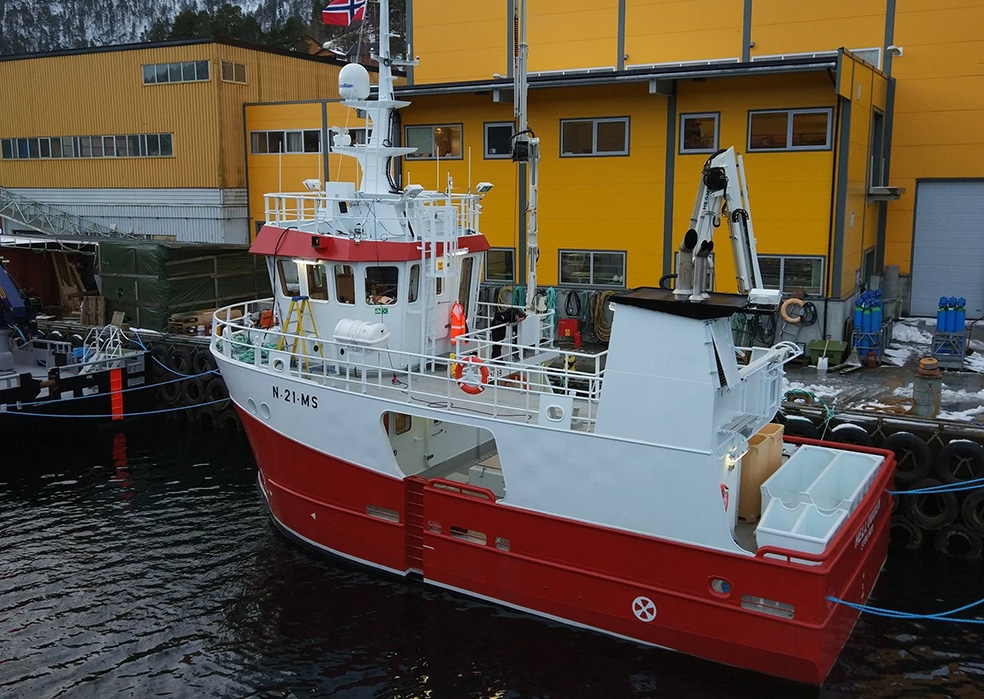 Norway’s Sletta Verft has delivered the newbuild seine netter Hellodden to Rolf-Inge Johansen for operation in the Lofoten Islands.

The steel-hulled, Svolvær-registered seine netter has a 466kW Scania engine with Marol engine controls, driving a Finnøy propeller via a Finnøy reduction gearbox. There is also a 115kW John Deere auxiliary with a Stamford generator and a 48kW harbour set.

Lofoten Hydraulikk supplied the seine winch and HS-Marine cranes mounted on the starboard side and over the gear handling deck aft, as well as the 89.9kW side thruster.

The first vessel, which measures 25 metres by 10.6 metres, is for Freyr’s Akvaressurs. Designed by Kristiansund’s Møre Maritime, it will be delivered at the end of December.

The second vessel is for Bjørøya. The catamaran, which measures 18.6 metres by 12 metres, will be delivered in February 2019.

Port of Gothenburg to offer shore charging for tankers