Written by Baird Maritime on February 13, 2018. Posted in Seining World. 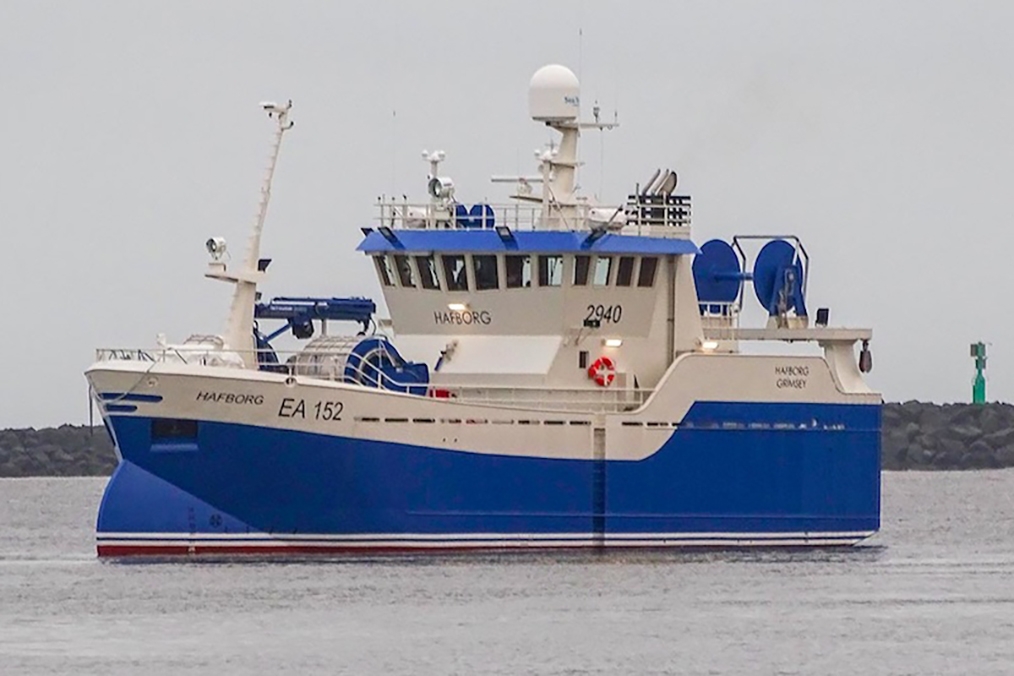 A new seine netter has arrived in Iceland after a five-day journey from the Danish Hvide Sande shipyard.

To be used for cod and plaice fishing in Icelandic waters, the 25.9-metre by 8.0-metre Hafborg EA-152 arrived earlier this month at Grimsey.

Designed by Ráðgarður and completed by Hvide Sande on a hull constructed at the Crist yard in Poland, Hafborg has been built to allow it to alternate between seine netting in the summer and autumn and gill netting for the rest of the year.

Accommodating up to eight crew, Hafborg has capacity for 50 tonnes of fish in 135,600-litre tubs, with a slurry ice installation on board and a holding tank in the fishroom.

She is powered by an 837kW Yanmar main engine and two 119kWe Volvo auxiliary engines.