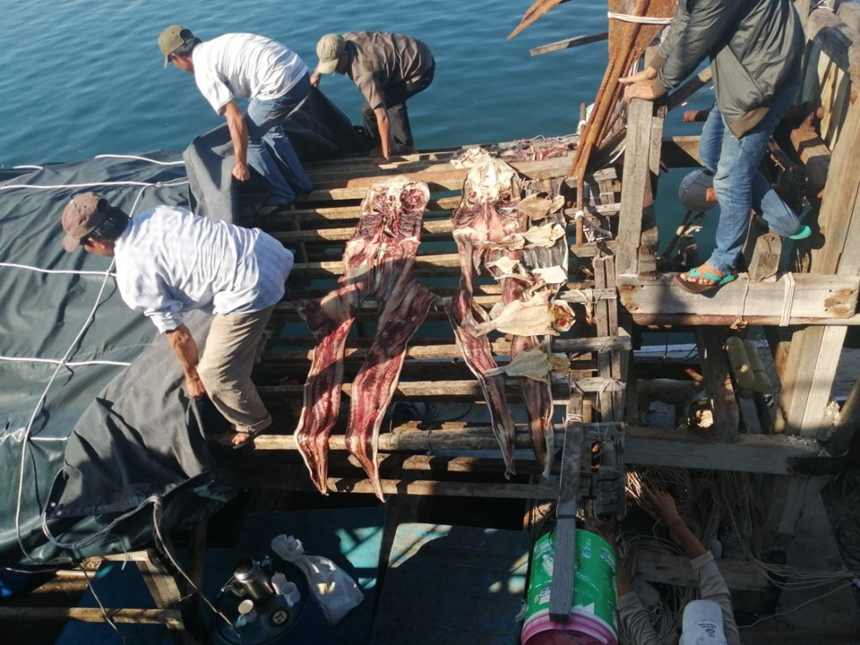 A Vietnamese-registered boat and its crew have been apprehended by Philippine authorities for alleged illegal fishing off Palawan province.

The Philippine Coast Guard multi-role response vessel (MRRV) BRP Sindangan was conducting a maritime security patrol near the town of Balabac when its crew noticed a suspicious vessel in the same area on the morning (local time) of Friday, September 27.

The crew of Sindangan then intercepted and boarded the fishing vessel, which was found to be operated by eight Vietnamese nationals and carrying a yet undetermined quantity of shark meat.

The coast guard believes the meat found on board was from sharks that the Vietnamese fishermen caught illegally in Philippine waters.

The Vietnamese fishermen and their boat have since been taken into custody pending the filing of appropriate charges by local authorities.