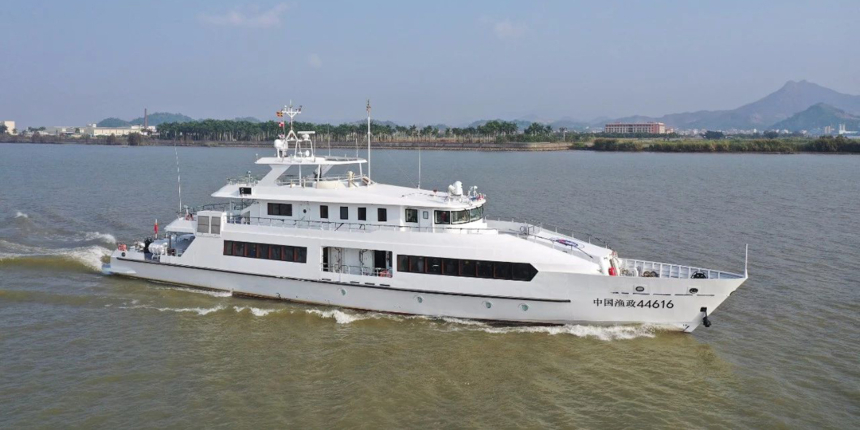 Jianglong Shipbuilding has completed the initial sea trials of a new command and control vessel slated for the Guangdong Provincial Fishery Corps.

The vessel has an LOA of 42.5 metres and a beam of 7.8 metres. A speed of 25 knots was achieved during the trials, which were conducted in the South China Sea.

Once in service, the vessel will be used primarily to patrol the waters of the Dawan District between Guangdong, Hong Kong, and Macau.