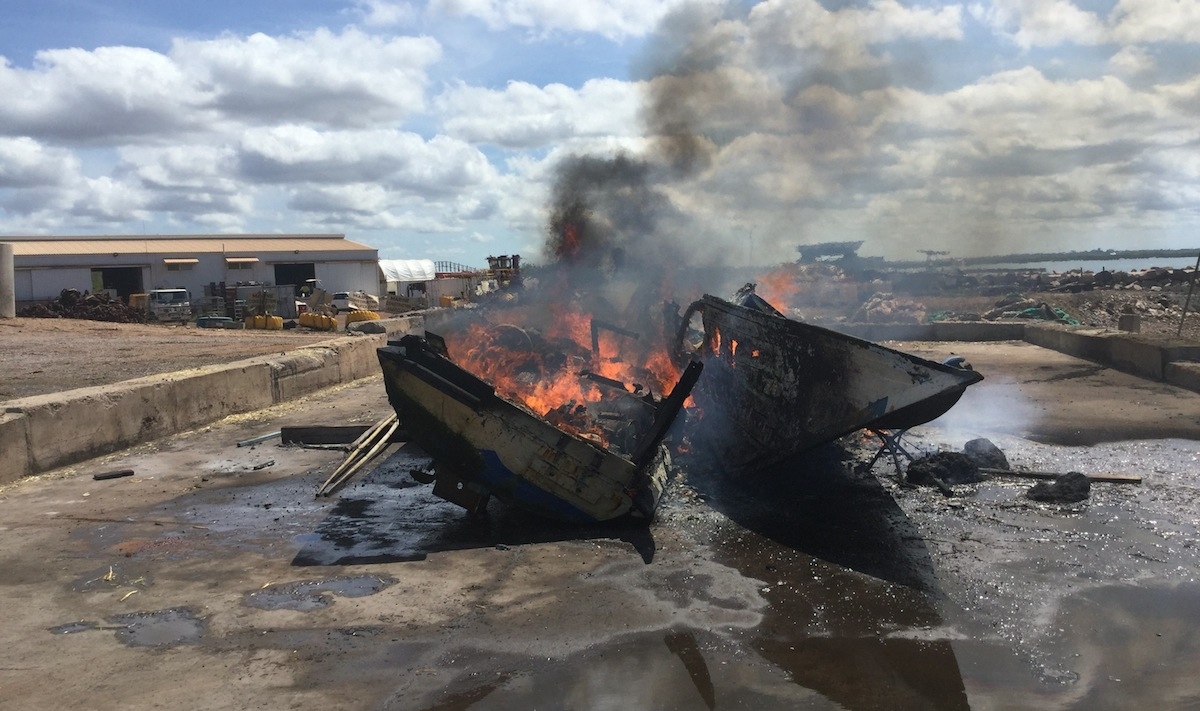 Eight Indonesian fishers have been placed on good behaviour bonds in the Darwin Magistrates Court after being caught illegally fishing in Australian waters last month. Their vessel was also confiscated and destroyed at a facility in Darwin.

The master, who was a first time offender, pleaded guilty to two offences under the Fisheries Management Act 1991, was convicted and received two twelve month good behaviour bonds.

The crew were also first time offenders and each pleaded guilty to one offence and were convicted. All seven received twelve month good behaviour bonds.

The vessel was apprehended approximately 180 nautical miles north-west of the Northern Territory Coast on October 23, after being sighted by an Australian Border Force (ABF) Dash-8 aircraft conducting surveillance in the area.