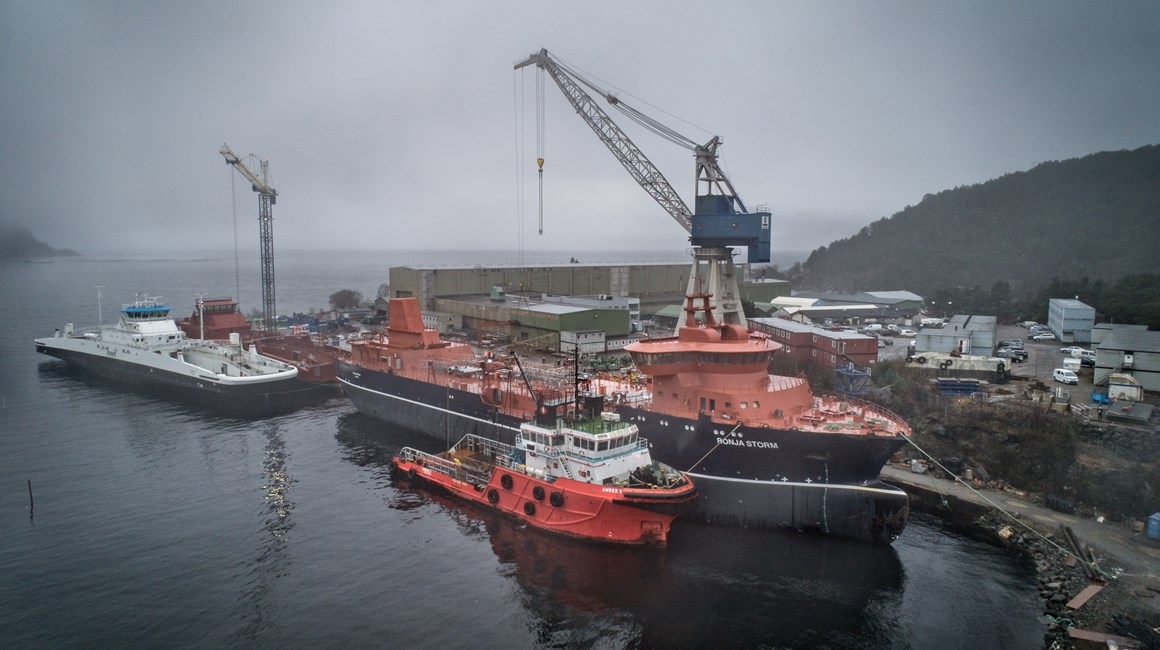 Ronja Storm, the world’s largest live fish carrier, has arrived at Havyard’s facility in Leirvik, Norway, to undergo the final stages of its construction prior to entering service.

The partially constructed hull was built at Turkey’s Cemre Shipyard and was launched in January of this year.

The 116-metre vessel is being built for Sølvtrans, which will rent it to Tasmania-based salmon farm operator Huon Aquaculture upon delivery in autumn 2019.

Once completed, Ronja Storm will be able to load up to 1,000 tonnes of fish per hour as well as produce 16.8 million litres of freshwater a day.