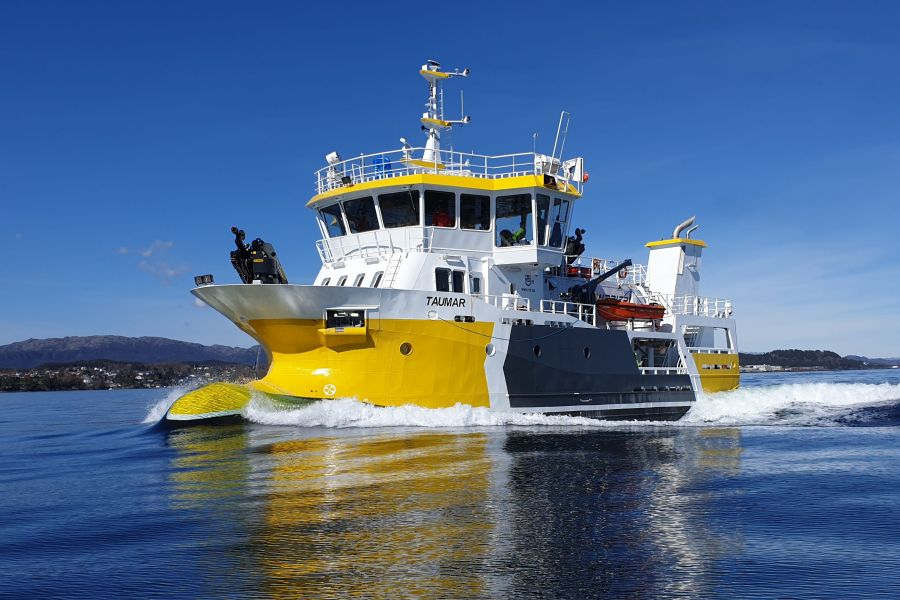 Designed by FMV in collaboration with Heimli Ship Design which is also situated in the municipality of Fitjar, the newbuild was originally named Mar Magallanes (“Strait of Magellan”) but was renamed Taumar after being handed over to operator Napier, Amar Group’s partly owned subsidiary that specialises in serving customers in the Norwegian salmon farming industry. 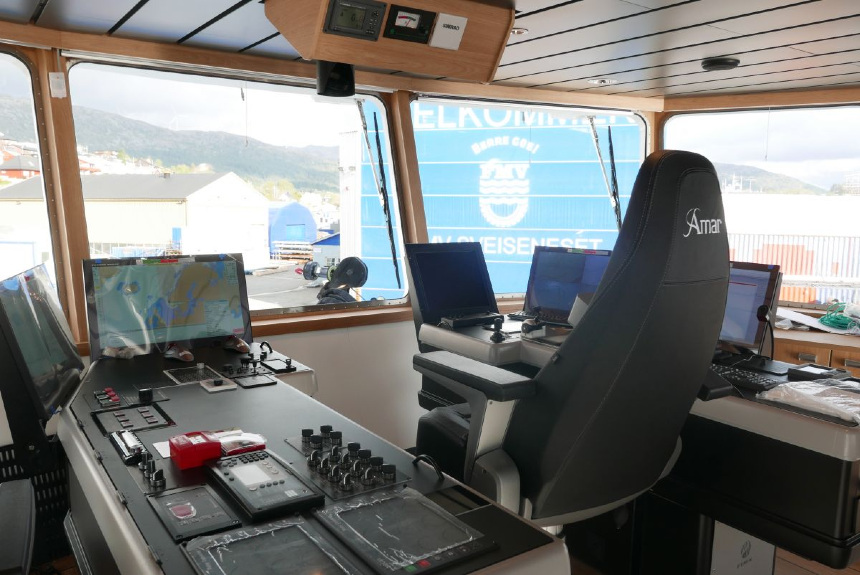 As with the other fish factory vessels in the Amar Group fleet, Taumar has been designed to operate as part of an aquaculture supply chain that also includes strategically located hubs intended to partially overcome the issue of long transport distances. The chain is managed by Amar subsidiary Marbase and utilises a series of fully equipped shore facilities that function as one-stop shops to benefit fish farm operators in Norway’s remote areas.

Taumar is noticeably smaller than most fish factory vessels currently in service, measuring only 28.5 by 10.2 metres. However, even with its small size, the vessel is highly capable in its intended role. FMV claims that loading can be carried out at a rate of 150 fish per minute while the unloading of the maximum 160 tonnes of cargo is expected to take around two hours, thereby allowing the vessel to repeat the entire cycle multiple times throughout the span of one day if necessary. 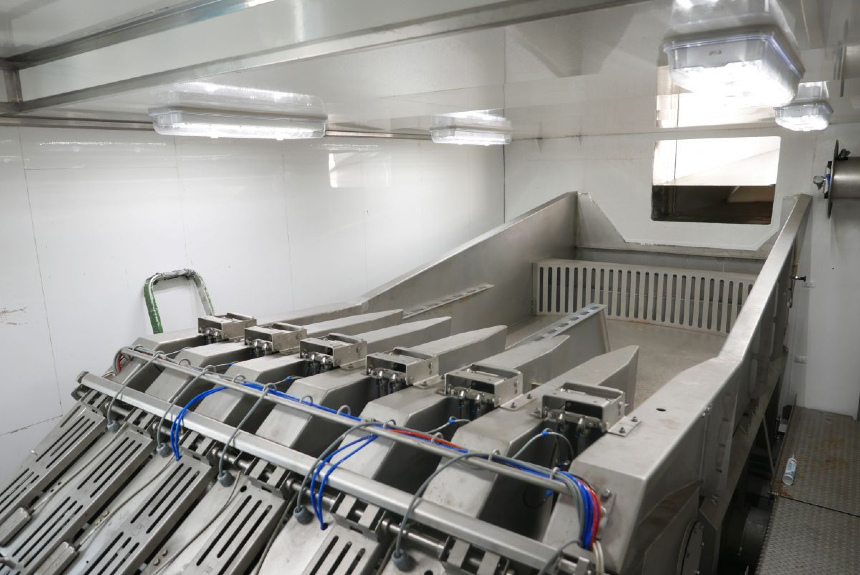 The vessel’s deck equipment consists of three folding cranes from Palfinger while the fish handling equipment is from an assortment of suppliers that include local companies Stranda Prolog, Cflow Fish Handling, and Frionordica as well as Germany’s Baader. The onboard fish tanks are designed to accommodate salmon in seawater that has been UV-purified and is cooled to a temperature of 0.5 degrees Celsius to ensure better product quality during transport.

The vessel is powered by a Caterpillar 3512C 1,340kW IMO Tier II-compliant main engine that drives a Finnøy Gear and Propeller propulsion unit to deliver a speed of 12 knots. There are also side thrusters supplied by PMH Norway and a steering mechanism installed by Scan-Steering.

Taumar has accommodations for a crew of six who are expected to work on the vessel for up to four weeks out at sea before returning to port to be replaced by another six crewmembers. Onboard amenities include a large mess with galley, crew cabins with toilets and showers, a laundry room, and a recreation room with television and wi-fi access.